Chuck Colson did more than just start a prison ministry; he forged key alliances on the religious right 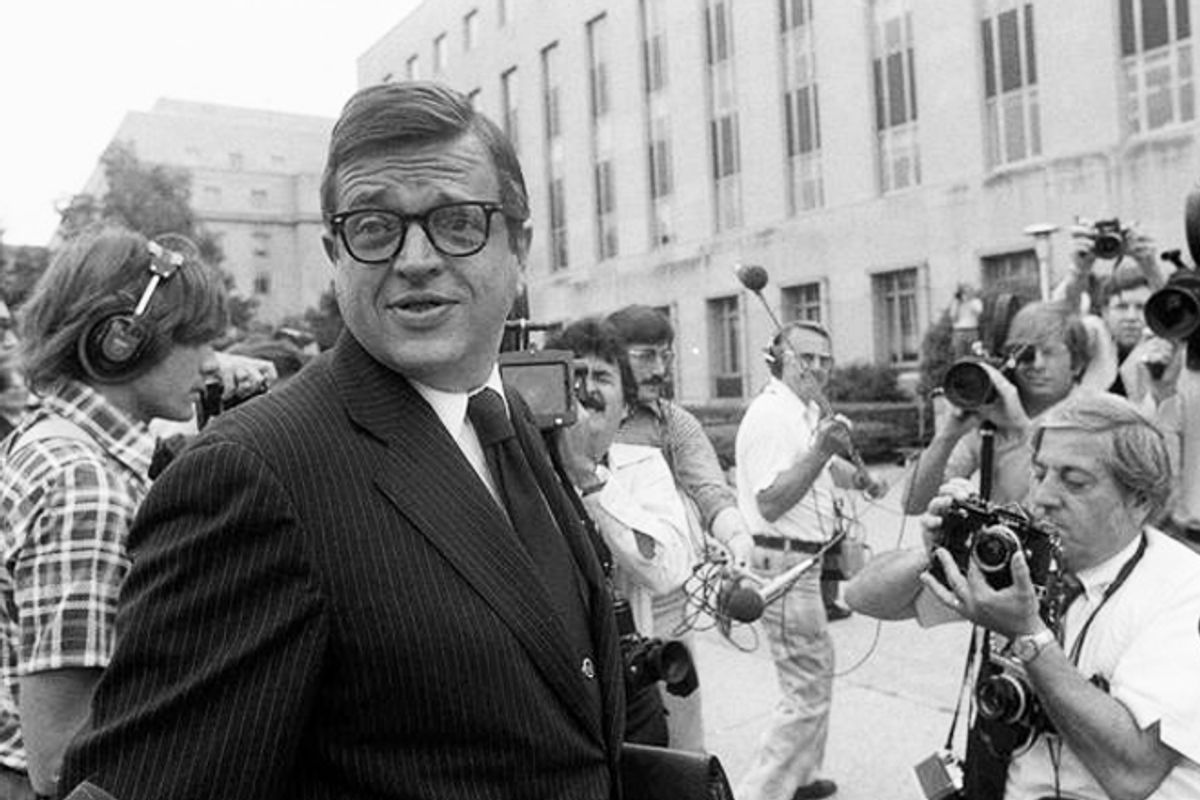 In his last public speech before he died on Saturday at the age of 80, evangelical hero Chuck Colson lambasted the Department of Health and Human Services regulation requiring employers to provide co-pay-free insurance coverage for contraception to their employees. The HHS mandate, said Colson, according to a transcript of the speech posted by World magazine, “is but the tip of the iceberg. It’s the latest manifestation of a growing hostility to Christianity.”

Colson is best known as Nixon’s hatchet man and Watergate felon turned prison evangelist. For his admirers, though, he was even bigger than his larger-than-life tale of redemption by salvation alone. He was not merely living proof of the salvific power of Christ; not merely a rescuer of the heretics; not merely a coalition builder of Catholics and evangelicals once divided by theological differences. He was nothing short of a battle commander in the cosmic culture wars, the manufactured showdown between the “Christian worldview” — the only “true” way to see things — and other “worldviews” he insisted were antithetical to it.

Colson is probably best known to the general public for his Prison Fellowship Ministries, but he has left an indelible mark on the culture-war battles that will define the 2012 election. It was Colson, after all, who helped forge the Catholic-evangelical alliance against abortion that is now finding enduring potency in fighting the HHS mandate. It’s a battle that is framed — as Colson would have it — as one waged by the voracious, anti-Christian government against the religious liberty of besieged believers.

“Government, theologically, has two major roles,” Colson told Jeff Sharlet, author of the book "The Family: The Secret Fundamentalism at the Heart of American Power," “to preserve order — we can only have freedom out of order — and to do justice, to restrain evil.” Colson did not invent this theological justification for this ideologically driven argument for small government, but he was articulating a religious-right article of faith.

In this telling, a government not operated according to a “Christian worldview” is not the defender of First Amendment freedoms but a violator of them. “Biblical disobedience,” writes Sharlet, distilling Colson’s work, “should be — must be — the cornerstone of ‘the West’s stand against the ‘new barbarians,’ whether they come in the form of Muslims or secular schoolteachers.” Or HHS secretaries or presidents or legislators crafting healthcare reform.

Colson was one of the drafters of the 2009 manifesto, the Manhattan Declaration, which, in hindsight, forecast how the religious right would react to the HHS mandate. Assembled by what was billed as an ecumenical group of evangelicals, Catholics and Eastern Orthodox Christians, it was released at the height of the legislative showdown over the Stupak Amendment, offered at the behest of the U.S. Conference of Catholic Bishops to eliminate nonexistent federal funding of abortions. The signatories — today they number over half a million — pledged unspecified civil disobedience in response to laws they assert violate religious liberty, the “sanctity of life” and “the dignity of marriage as the conjugal union of husband and wife.”

In the Manhattan Declaration, victims are not women who can’t access healthcare or a gay couple that can’t get married. The victims are Christians, and their freedom from laws not crafted from a biblical worldview. (The website of the Chuck Colson Center for Christian Worldview says its job is “to expose the Lie and replace it with the Truth of a biblical understanding of all of reality.”)

On the day the Manhattan Declaration was unveiled, to much fanfare, in a jammed room at the National Press Club in Washington, Colson released one of his popular weekly “Two Minute Warning” videos. In that video, he blamed government for the breakdown of  “the organs of civil society,” the “clubs, the political parties, the grassroots organizations, the local government, particularly the church and the family, those are the two most vital,” he said.  When those institutions break down, Colson added, “what you have is tyranny.”

Colson didn’t stop there, though, nor did he stop at quoting de Tocqueville on the possibilities of the collapse of civil society causing “benevolent despotism.” Colson had the audacity to compare America to Nazi Germany, and to urge his listeners to read Hannah Arendt’s "The Origins of Totalitarianism," which he called “prophetic in its application to today ... The destruction of civil society has always been prelude to a totalitarian government.”

The website of the Manhattan Declaration has continued this tradition. The title of a post about protesting the HHS mandate, “First they came for the Catholics….” was a deliberate echoing of the pastor Martin Niemoller’s famous appeal against inaction in the face of Nazism. It linked to Colson’s video, in which he decried a “steady drumbeat of attacks on the Christian church and on freedom of religion.”

“We have come to the point,” said Colson, “where if there isn’t a dramatic change of circumstances, we, as Christians, may well be called upon to stand in civil disobedience against the action of our own government.”

Colson was hardly unaware of how actual abuse of government power happens — he did, after all, plead guilty to obstruction of justice in connection with the break-in of Daniel Ellsberg’s psychiatrist’s office. Yet Colson did not devote his life to exposing actual exploitations of political power. Instead, he portrayed legitimate actions of a democratic government to advance the rights and welfare of its citizens as antithetical to Christianity and the freedom of Christians.

Colson’s legacy is far more than Watergate felon turned prison evangelist. Next time you see protesters against the HHS mandate, or a pundit claiming President Obama is waging a “war on religion,” or an activist threatening to engage in civil disobedience to a “tyrannical” law such as one permitting adoption by same-sex couples, remember Chuck Colson.