ALEC dropped its most controversial work, but an old group with Abramoff ties has taken up the mantle 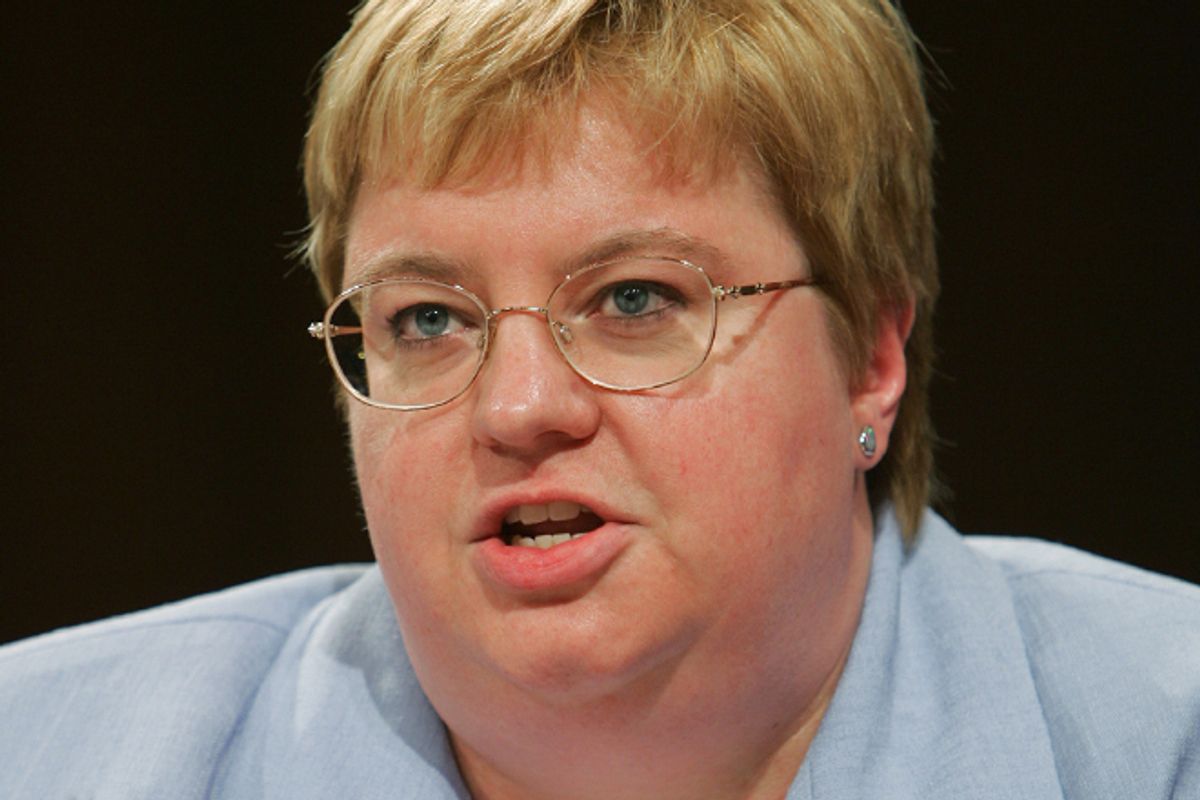 After a month of bitter protests and a wave of defections by its corporate members, last week the special-interest-sponsored legislation mill known as ALEC disbanded its Public Safety and Elections Task Force. That’s the unit that crafted the controversial “stand your ground” laws and voter ID measures that ignited the national conversation about Trayvon Martin and minority voters' access to polls.

Liberal groups, like ThinkProgress, hailed the development as a “progressive victory.” But now, another scandal-plagued right-wing group is stepping in to fill the gap.

The National Center for Public Policy Research, a conservative Washington think tank, has announced plans to launch a task force to take over ALEC’s work on election issues. “Part of the mission of the National Center is to find out where the conservative movement is weak and to insert ourselves in the process,” the group’s executive director, David Almasi, told Salon. “Our aim is to make sure ALEC’s excellent work continues.”

Historically, the National Center, which was founded in 1982, has served mostly as a cog in the hard right’s messaging machine rather than an activist front. (Salon’s Andrew Leonard once noted that the group “makes the Cato Institute look like a hotbed of raving Trotskyist revolutionaries.”) But it shares some things in common with ALEC. Until his death in 2008, ALEC co-founder Paul Weyrich worked hand-in-hand with the National Center president, Amy Ridenour. She was a member of Weyrich’s Coalitions for America, which held weekly agenda-setting meetings for conservative groups. When the National Center purchased its headquarters building just blocks from Capitol building in 2004, it named the ground floor in Weyrich’s honor. ALEC and the National Center also draw funding from an overlapping pool of ideologically driven funders, including Exxon Mobil, the John M. Olin Foundation and various Scaife family funds.

The National Center is still sorting out how exactly it will go about picking up ALEC's mantle. “We don’t have a full plan in effect,” Almasi said. “Things are rather fluid." But it is already fighting an ideological battle for voter ID laws, largely through its Project 21, which grooms black conservatives pundits. One recent column by Project 21 member Charles Butler, titled “Voter ID is no Jim Crow -- I would know,” railed against the idea that voter ID laws would block African-Americans’ access to the polls: “It's an insult to the intelligence and integrity of the American people, especially black Americans, to play the race card where race is not an issue.” The piece was picked up by conservative news outlets like the Daily Caller.

For an organization that is taking up the cause of “integrity in voting,” the National Center has a long history of questionable dealings. In the 1990s, Ridenour fought furiously to scuttle tobacco lawsuits and regulation and developed an unusually cozy relationship with Philip Morris. Internal documents released as part of Big Tobacco’s master settlement with states show the company’s executives saw her as a “willing ally” and a pipeline for industry talking points. She and her organization also battled climate change regulation while taking hundreds of thousands of dollars from Exxon Mobil (though Ridenour maintains her activism predated the contributions).

Then there are the National Center’s ties to disgraced former lobbyist Jack Abramoff, who sat on the group’s board until 2004. An investigation by the Senate Finance Committee later found the group had “functioned as an appendage of Mr. Abramoff’s lobbying operation.”

What does this mean? Abramoff’s modus operandi was to persuade lawmakers to back his clients’ agendas by plying them with gifts and travel — Abramoff now refers to them as “bribes.” To cover up the money trail, funds for these activities were funneled through the National Center and other nonprofits. Former House Speaker Tom DeLay’s lavish six-day Russian excursion was paid for with cash that had passed through the National Center’s coffers. The same goes for the now infamous Scottish golfing extravaganza, which helped land U.S. Rep. Robert Ney in prison on corruption charges.

Abramoff also used the organization as a money-laundering front. In 2002, he persuaded the Mississippi Choctaw Indians, who had hired him to lobby on gambling issues, to pay the National Center $1 million, ostensibly for grassroots advocacy work. Instead, according to the Finance Committee investigation and Ridenour’s testimony, the group parceled the money out as Abramoff saw fit. Roughly $50,000 was used to pay off old debts from Abramoff’s days as a filmmaker. The rest was funneled to a firm owned by his business partner, or to the Capital Athletic Foundation, a charity he controlled. The foundation’s stated mission was to serve needy inner-city children, but in reality much of the money it collected went to fund West Bank settlers who were battling Palestinians — a favorite cause of Abramoff's. A Newsweek investigation later found that some of its funds were used to pay for “camouflage suits, sniper scopes, night-vision binoculars, a thermal imager” and other combat gear. (Ridenour declined to be interviewed, but she told Congress that she had no idea the entities where the Choctaw money was sent were controlled by Abramoff and his associates.)

Records from the Senate investigation also show that Ridenour took money from Abramoff and his clients in exchange for promoting their agendas in white papers, op-eds and other venues. The clearest example may be Channel One Networks, which in 1999 hired Abramoff to fend off a coalition that was bent on ousting the network from public-school classrooms. Early on, one of Abramoff’s colleagues suggested via e-mail that it would be helpful to have a white paper from a think tank supporting Channel One. Another employee named Patrick Pizzella replied, “My guess is it would cost about $5,000 and we would want them to promote it. ... and we ought to use a smaller outfit ... maybe Amy R,” meaning, of course, Ridenour. “I think Amy is the way to go,” Abramoff shot back. “I am meeting with her this week. I’ll raise it with her.”

Abramoff later wrote an email to his Channel One contact saying that Ridenour had signed on “to do 5 pieces for $10K.” In a follow-up message he noted, “We should get her a check as soon as we can. She can really help us with the Approps battle (we have used her before for this kind of battle).” Ridenour came through with series of white papers and op-eds, arguing, among other things, that “Channel One is a gold mine for thousands of educators.”

Ridenour has denied any wrongdoing. And despite her close ties to Abramoff, she was never charged with any crime. But Senate investigators questioned whether her organization’s tax-exempt status should be revoked. Marcus Owens, the former head of the IRS Tax Exempt Organizations Division, suggested it should. As he noted at the time, ‘‘It’s not a tax-exempt activity to act as a bag man for Jack Abramoff.”