Why aren't Democratic candidates for Senate promoting liberal causes on their websites? 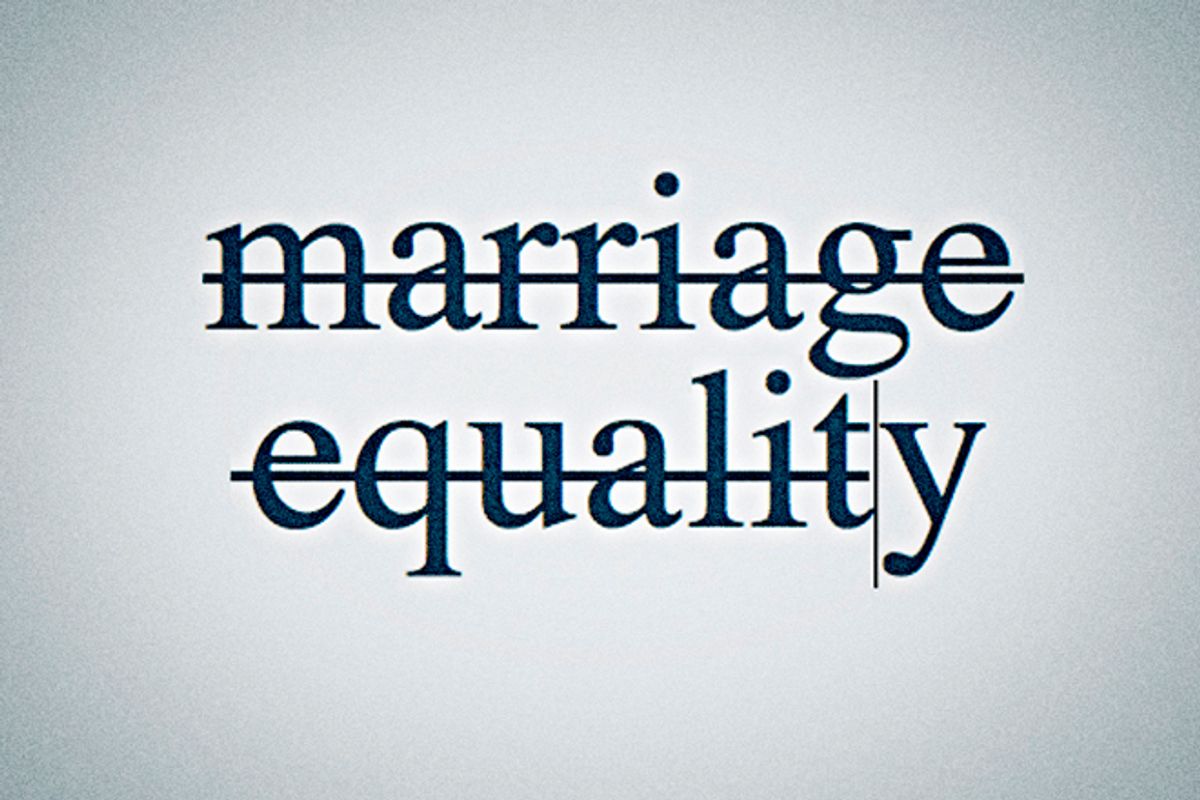 Victories in two Pennsylvania House districts over two conservative Democrats who voted against healthcare reform gave liberals something to cheer about this week. And they’re quite right to focus on primary elections: Nomination contests are really fights over who  will control the political parties. And yet liberals appear to be missing some major opportunities to influence the next round of Democratic senators, just when they have the chance to do so. A look at the websites of the 10 Democratic candidates most likely to become U.S. senators reveals that few of them are interested in several of the issues that have been the hallmark of liberal activism and often frustration during the Obama years: marriage equality, a public option on healthcare, filibuster reform and civil liberties.

Why should we care what candidates have on their websites? The truth is that politicians generally try to keep their promises once they are elected. Moreover, the more visible the promise, the more likely it is that the politician will consider herself bound by it – and face consequences if she votes the other way. Ideally, one would want to see what candidates talk about on the stump, and what they advertise in mailers, TV ads and other formats. But websites have some advantages, too. In addition to being easy to access, they also are open-ended. Presumably, candidates will list every issue they believe is important. Or at least, every issue they want to talk about. And those are the issues, again, that they’re likely to act on if they win.

So I looked through the Issues sections of the 10 Democrats who are most likely to be elected – either challengers rated as having a good chance, or open-seat candidates in Democratic or swing states. In Hawaii and New Mexico, that meant both candidates fighting in a contested primary; in six other states, it meant the odds-on favorite for the nomination.

The results should be disappointing for liberals. Two of the 10 candidates, Heidi Heitkamp in North Dakota and Tammy Baldwin in Wisconsin, don’t even have an Issues section on their websites. For the other eight, I’ll run down the numbers quickly. None of them mentioned support for adding a public option to ACA; indeed, three had no healthcare issues page at all, unless you count a page about protecting Social Security and Medicare, which was quite popular. Two of the eight support marriage equality, both of them in New England (Elizabeth Warren in Massachusetts and Chris Murphy in Connecticut). Only two other candidates mentioned LGBT issues at all, Tim Kaine in Viriginia and Tammy Baldwin in Wisconsin, who featured it in her bio page. Filibuster reform also received only two mentions. For civil liberties and the array of issues related to torture and detention, only Martin Heinrich of New Mexico, who opposed renewal of the Patriot Act, had any mention at all.

By contrast, seven of the eight candidates had a whole section of their Issues pages devoted to veterans, usually alone but in two cases bundled with something else. Now, it’s certainly true that most liberals support help for veterans, but as campaign issues go, this is surely one of the most bland.

I was pretty surprised by all of this, but I was most surprised by the candidates in competitive primaries. In Hawaii, Mazie Hirono is attempting to beat Ed Case from the left, and yet Hirono doesn’t hit at any of these issues that might help her with liberal activists in Hawaii and nationally. And it’s not as if either Hawaii or New Mexico, the two states with contested primaries, is exactly Alabama; there are plenty of liberal Democrats who are going to be voting in those primaries, and liberal positions shouldn’t be the kiss of death in the general election.

So what’s going on? It’s possible that the candidates are being overly cautious. I suspect, however, that what’s really happening is that Democratic interest groups, activists and other party actors are not pushing hard on any of these issues.

And that’s a serious mistake. It’s almost certainly the case that the best time for partisans to influence legislators is while they are running for election to some office for the first time. After all, that’s when they need party support the most – especially for those who have tough primaries, but really for all of them. Once elected, they begin to build personal connections with their constituents, based on bringing home pork or on other personal relationships. Party becomes relatively less important. Certainly, that’s what politicians have an incentive to do – to increase support based on who they are, rather than being constrained by specific policy commitments that, odds are, will make someone unhappy.

Now, it’s true, of course, that it’s still early in the cycle, so some of this could change going forward. And as I mentioned, websites are only one form of candidate advertising. It’s certainly possible that some of these Issues sections were put together exactly how I suggested – by volunteers who didn’t have the authority to commit the candidate to potentially controversial positions – and that as the year goes on things will change.

But what they’re showing right now certainly isn’t what most liberals would like to see. If activists want change on these issues after November, they need to start targeting these candidates now, before it's too late.