From slaughterhouses to sweatshops, modern society is constructed to let us ignore atrocities 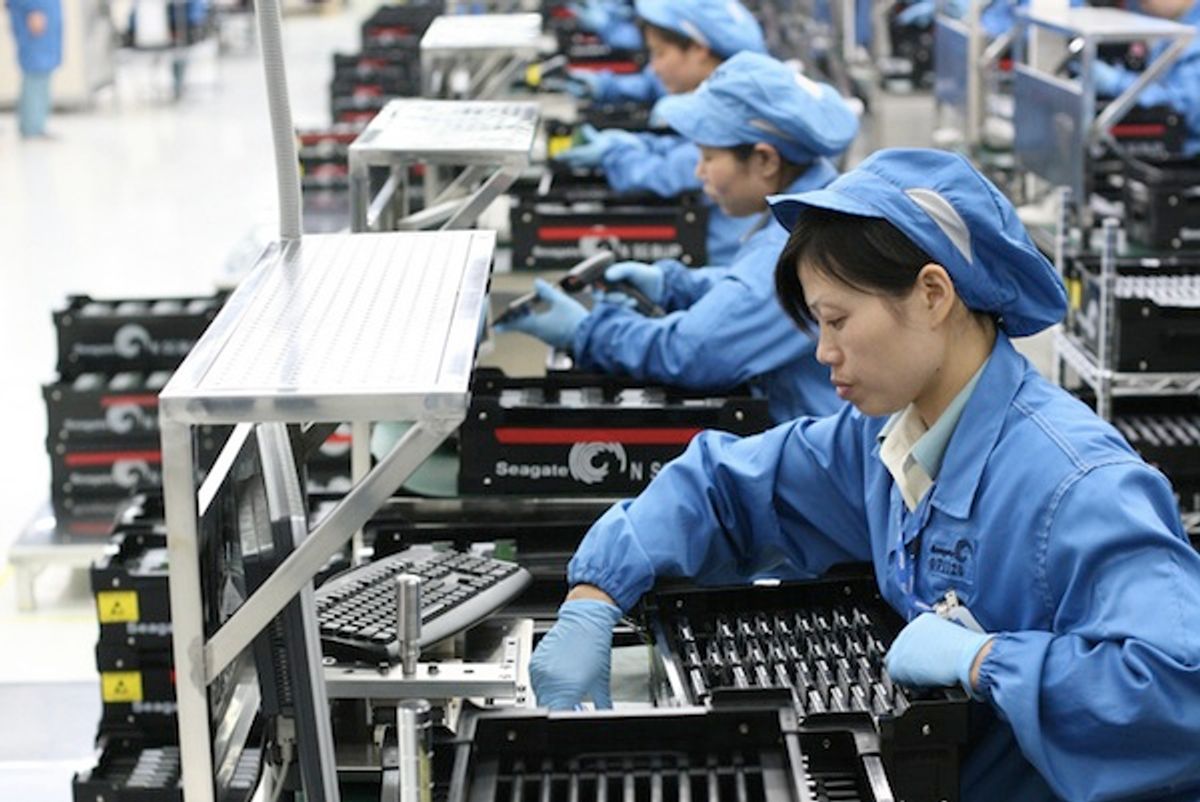 Would Americans eat less meat, and would animals be treated more humanely, if slaughterhouses were made with glass walls and we all could see the monstrous killing apparatus at work? This is the query at the heart of Timothy Pachirat's new book, "Every Twelve Seconds" -- the title a reference to the typical slaughterhouse's cattle-killing rate.

Before you think this is a column merely about food, recognize that Pachirat's question isn't (only) about the immorality of the cheeseburger you had for lunch. It’s about the larger phenomenon whereby modern society has reconstructed itself to hide so many horrific consequences from view.

Calling this the "politics of sight," Pachirat's blood-soaked experience inside a slaughterhouse spotlights only the most illustrative example of how we've divorced ourselves from the means of producing violence -- and how, in doing so, we have made it psychologically easier to support such brutality. Sadly, billions of factory-farmed animals dying barbaric deaths are just one subset of casualties in that larger process.

Today, for example, free trade policies that promote offshoring allow Americans to enjoy consumer goods at ultra-low prices without having to see that those low prices represent companies taking advantage of the developing world's poverty wages, environmental destruction and human rights abuses. A veritable slave may have assembled the iPad you are reading these words on, but thanks to the supply chain's geography and Apple's lack of transparency, you can easily avoid dealing with the ethical implications of that reality.

Another example: Many Americans drive gas-guzzling SUVs, proudly slapping patriotic declarations on their bumpers. This seems perfectly reasonable, but only because many either don't live near polluted oil-drilling sites or don't have to personally experience the ramifications of our petroleum-focused military policies. Ultimately, by separating the consequences of gas consumption from the driver, we've created the psychological conditions for fossil fuel consumption to seem like an honorable statement of strength rather than an endorsement of environmental degradation and war.

Speaking of war, the politics of sight sculpt our martial policies. We ended conscription, separating most of our fellow citizens from the consequences of military action; we conduct combat via unmanned aerial vehicles that remove the pilot-shooters from the populations being bombed; and both the military establishment and the media themselves suppress photographs of coffins or battlefield viscera that might show us what war really looks like.

Some of this, of course, is an inadvertent byproduct of larger trends like globalization that stretch supply chains across the planet. Some of it comes from a culture narcissism that teaches us to consider only on our immediate surroundings and nothing else. Much of it, though, is a deliberate effort to hide the truth. From the Pentagon's photo policy to agribusiness now championing so-called ag gag laws to punish activists who expose factory farm atrocities, vested interests are exploiting the fact that "out of sight, out of mind" is a default setting in the human mind.

For his part, Pachirat ends his brave journey unconvinced that, unto itself, removing the veil will be enough to make us a more thoughtful -- if not moral -- society. He's almost certainly correct. The atrocities that power modern life are now integral to what we define as the norm. And whether that norm is eating meat, driving massive cars or flippantly waging war, changing the status quo warrants more than just knowledge -- it requires the will to change once knowledge is available.

Fortunately, history proves Americans can summon that will. However, without knowledge -- without an end to the moment's deceptive politics of sight -- the most important changes can never happen.