He’s telegraphing a move to the middle on immigration. Why isn’t the nativist right screaming yet? 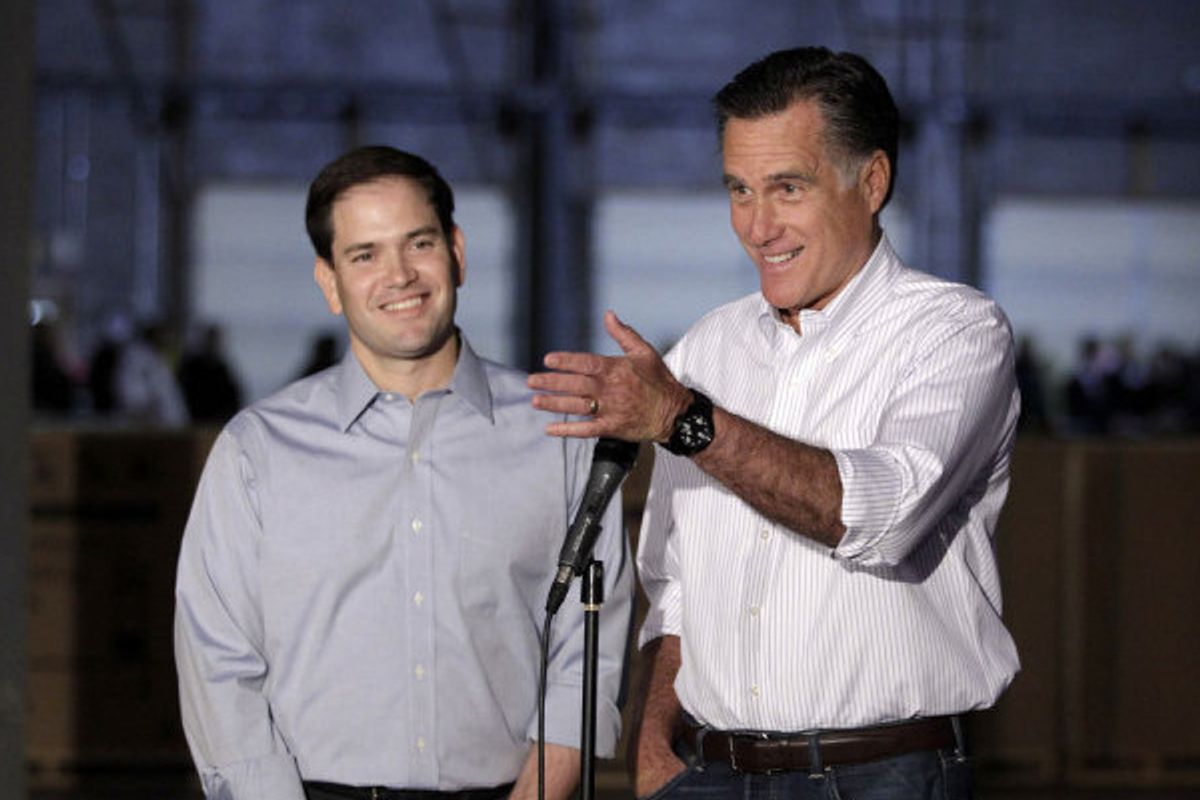 Earlier today, I wrote about recent, tentative signs that Republicans may be reining in some of their most destructive political impulses as the general election takes shape.

One test of whether there’s anything to this will come later today, when the House votes on a bill being pushed by GOP leaders to extend low student-loan interest rates for a year, and to offset the cost by shifting some money from the healthcare reform law. The idea is to take the basic question of whether there should be an extension off the table and to deny Democrats the public fight they’re looking for over the basic worthiness of the federal student loan program.

It looked this morning as if the bill would pass with ease, a potential sign that rank-and-file House Republicans – whose ideological absolutism has been one of the main sources of the GOP’s serious national image problem – might be willing to temporarily ease up on their purity crusade for the sake of their party’s November chances. But now the usual conservative pressure groups are calling for the bill’s defeat, and if their late push succeeds, it will be strong evidence that the GOP is still guided by utterly tone deaf forces.

But even if it passes anyway, a much bigger test will still loom. This one involves immigration, an issue that has animated the GOP’s base like few others for years now.

All that’s known now is that Florida Sen. Marco Rubio will soon introduce his version of the Dream Act, one that would make the children of illegal immigrants eligible for non-immigrant visas, which would allow them to study and work in the United States. The bill wouldn’t create an actual path to citizenship, but as non-immigrant visa holders, those affected would be permitted to apply for residency and, ultimately, citizenship.

What’s widely expected is that Mitt Romney will endorse Rubio’s plan when it’s unveiled. Romney faces a massive deficit with Latino voters, which could prove costly in pivotal swing states like Florida, Colorado and Nevada. This is a product of the GOP’s overall image problem with Latinos, and also of the nativist tone Romney adopted in pursuit of the Republican nomination – something that is also probably a turn-off to non-Latino swing voters. Romney himself indicated at a closed-door fundraiser recently that Rubio’s Dream Act would be part of his general election strategy.

What’s totally unknown is how the right will react if and when Romney aligns himself with the Rubio plan.

The most logical possibility is an angry revolt, similar to what John McCain faced when he teamed up with Ted Kennedy for in immigration reform push a few years ago. Given that Romney’s conservative credentials are already so suspect and that the Obama-era right has had no qualms about going to war with “sell-out” Republicans, it’s hard to believe that there wouldn’t be a loud, fierce conservative outcry if Romney signed off on a plan that meets the anti-immigration right’s criteria for amnesty.

But if there really is something to the idea that conservatives are developing political self-awareness, Romney could actually get a pass. Here it’s worth considering how Kris Kobach, one of the leading anti-immigration voices in the country, answered a question this week about Romney’s potential support for Rubio’s plan: “I think he can embrace both of us and go merrily along to win the election in November.” Also this week, former Arizona state Senate president Russell Pearce, another top figure on the anti-immigration right, pronounced himself untroubled by Romney’s efforts to distance himself from SB-1070 – the controversial Arizona law that Pearce himself championed.

The idea here isn’t that conservatives are about to give in on the issue of immigration. But it’s possible they’ll grant Romney more latitude than expected, at least during the campaign, allowing him to present a more marketable image and increasing the party’s chances of winning the White House, holding the House and picking up the Senate. If they do, their rationale could be that Romney is faking it, mouthing words that the general election audience wants to hear with no intention of following through as president. Or maybe they’d just be confident that even if a President Romney proposed some version of the Dream Act next year, they’ll have the power to kill it (or water it down to the point that it’s meaningless) then.

That the mere possibility of a Romney shift on immigration hasn’t immediately prompted cries of “treason!” from the right has got to be encouraging for Romney and his team. But there’s still plenty of time for them to speak up, and for Romney to get cold feet.