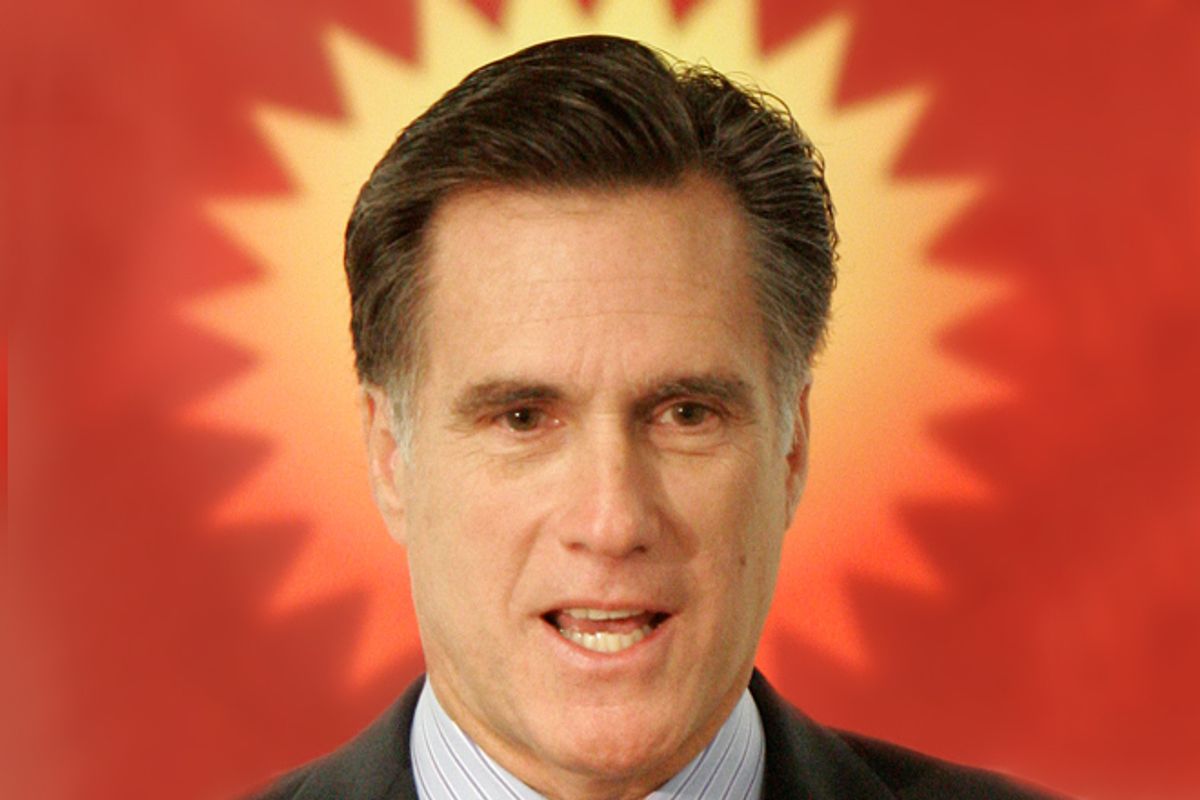 “I would not vote for him just because he is Mormon. I want to know what he is going to do for the people.  I want to see the compassion.”

Gladys Knight is not voting for Mitt Romney. In a recent interview with BET the famed singer, herself a Mormon, said she wants to see the GOP front-runner “talk about something else besides the money.” Knight’s ambivalence about Romney is shared by at least a handful of her fellow Latter-day Saints.

You see, last time a Republican was president, he became just about the least popular person in the world. So some Mormons are a little bit nervous that having one of their own in the White House could interfere with the church’s true mission of spreading the gospel -- something with which it has already been having recent troubles.

“Mitt Romney is having a terrible impact on how we are perceived,” explained Brigham Young University law student Marshall Thompson, a former intern to Orrin Hatch, an Iraq vet and a faithful Mormon -- the type of person, in other words, you’d expect to be part of Romney’s base.  “I’m told he’s a very nice person in real life,” Thompson continues, “but he comes across as out-of-touch, materialistic and disingenuous.”

Thompson is cluing into what pundits have identified as Romney’s greatest vulnerability – the so-called likability gap that separates him from Barack Obama. Romney’s candidacy comes at a time when Mormonism itself is facing a similar crisis of likability.

Mormon leader Marlin Jensen has recently acknowledged that Latter-day Saints are leaving the fold in droves. The former church historian spoke frankly to a group of students at Utah State University, saying, "We've never had a period of -- I'll call it apostasy -- like we're having now."

Church leaders never anticipated the Internet generation would access their history online. Joseph Smith used magic stones to see into the past. Today, young Mormons use Google. When they discover that their founding prophet wedded several teenage girls, it is often a traumatic revelation. Mormons experience a crisis of trust, if not outright betrayal, from their leaders.

Though the actual numbers of defections have not been published, anecdotal stories abound throughout Utah. It’s not just Joseph’s sex life that causes many Mormons to mistrust their leaders, but also the church’s persistent commitment to right-wing politics.

“I cannot count the number of stories I’ve heard from moms who left the church because of Prop. 8,” explained Utah writer and social critic Holly Welker. “The reason? They have a gay son or daughter.”

Indeed, since the backlash after Prop. 8, the church has been cautious when it comes to hot-button social issues. It has proclaimed itself on the sidelines of Maryland’s gay-marriage referendum and allowed a gay student club to form at Brigham Young University. Romney, however, could re-entangle the church with social issues: He’s signed the National Organization for Marriage’s pledge and backed a federal marriage amendment. Now, with commentators suggesting that Romney “own” his Mormonism as part of his campaign, some Mormons are hoping that he doesn’t.

“The national backlash against Prop. 8 deeply shook the church,” says D. Michael Quinn, a historian of Mormonism. “That, coupled with the attention garnered by Romney’s candidacy, has caused them to back away from controversial issues for prudential reasons. They don't want to be stung again. Whether they’ve backed away permanently is anyone’s guess.”

The church has stated that general authorities are forbidden to participate in political partisan campaigns. At this point, however, it may be too late to genuinely disentangle Mormonism from right-wing politics. Complicating yet again LDS authenticity on political neutrality is the recent discovery that church authority W. Craig Zwick was campaigning for Romney last summer in Vegas. The Salt Lake Tribune reported that Zwick used church email to fund-raise for Romney. He wrote to a friend, "How much can you contribute to the Romney for President Committee today? You can only give $2,500 max for you and your wife. Let me know — let’s take back America!" His son Spencer is Romney's finance chairman.

The church’s troubles aren’t just in the United States. There are signs that it is contracting in Europe. Meanwhile, it’s expanding most rapidly in the developing world -- where American presidents, especially Republicans, can prove exceptionally unpopular.

Mormonism’s political monoculture may well be shrinking the gene pool of potential converts who will remain comfortable in LDS pews. To be relevant -- that is, likable -- in the 21st century, Mormons will need to find a way to appeal to a broader segment of American society: women, gays and even Democrats.