Motherhood is not a job 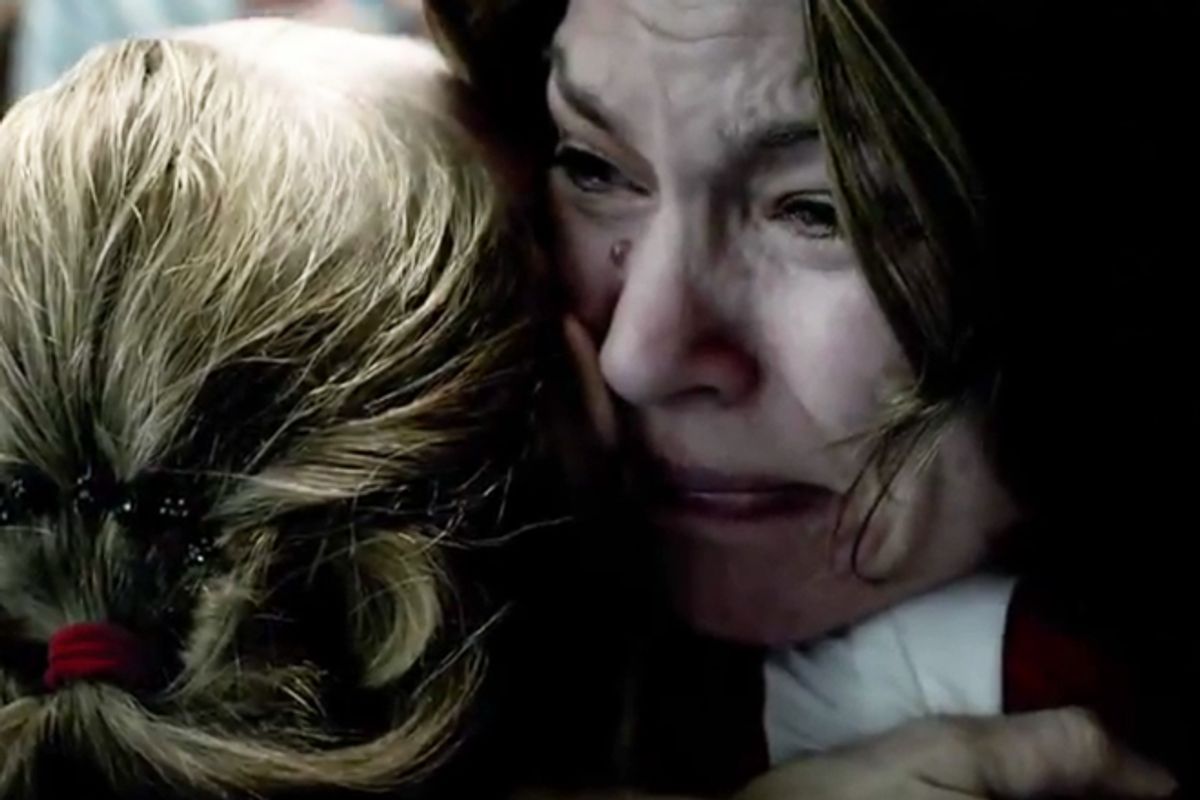 It's one of the most intriguing and powerful Olympic ads to come along in years. It's been viewed more than 2 million times since debuting on YouTube last week. In a poignant, bust-out-the-tissues two minutes, P&G commemorates the 2012 summer Olympics by paying homage to the unsung heroes of the games – the mothers of the athletes.

So why is the "Best Job" ad so freaking annoying?

The narrative is simple, following a handful of dedicated moms around the world as they rouse their young children in the early morning, do countless chores, shuttle boys and girls to sports practices and, eventually, cheer their kids on at the London Olympics. It's an ode to maternal devotion in its many forms, from moral support to doing the laundry and washing the dishes. (This is, after all, a spot created by people in the business of selling you detergent.) But the spot's kicker message, the all-too-familiar refrain that "The hardest job in the world is the best job in the world," undermines all the sweetness that preceded it. Really? This old trope again?

Motherhood is undeniably both incredibly difficult and profoundly satisfying. And had the P&G spot ended with its other refrain, "Thank you, Mom," it might been more palatable -- even if it still conveniently ignores the fact that fathers can play an active role in both nurturing their children's talents and getting their breakfast on the table.

There's something simultaneously arrogant and exploitative about the incessant mantra that motherhood is the "best and hardest" job in the world. Sure, you could say that it's just an expression. But it's a turn of phrase that's constantly bandied about as accepted truth. And as Meghan Daum pointed out in the L.A. Times last week, the same rhetoric that was in action when Barack Obama recently declared, "There is no tougher job than being a mom" takes "the formerly quotidian institution known as parenthood" and shoehorns it into the realm of "professional status." It turns motherhood into a title, creating a false equivalency between child rearing and every other calling in the world.

More insidiously than that, though, it tells mothers that nothing else they accomplish in life has the same value as their ability to raise kids, that their status in the world is always going to be viewed through the prism of their offspring and their successes. It tells both men and women who don't have children that their efforts are simply not on par with the MIRACLE OF CREATING LIFE. It tells every person who's chosen not to have children that they're somehow lesser citizens. It's also painfully insulting to everyone who's ever wanted children and been unable to have them.

So you're a woman and you've had children. That makes what you do harder and better than anything Angela Merkel or Oprah Winfrey or Condoleezza Rice or Ellen DeGeneres or Ann Patchett, or for that matter, the Dalai Lama have ever done? I don't think so. And I definitely don't believe a soap company is the last word on what constitutes a worthy vocation. Motherhood is work -- wonderful, fulfilling, exhausting, intense work. But it's not a job. And even in a celebration of the spirit of the Olympic games, it's absolutely not a competition.