After overcoming GOP opposition in the Senate, the Violence Against Women Act faces a tough fight in the House 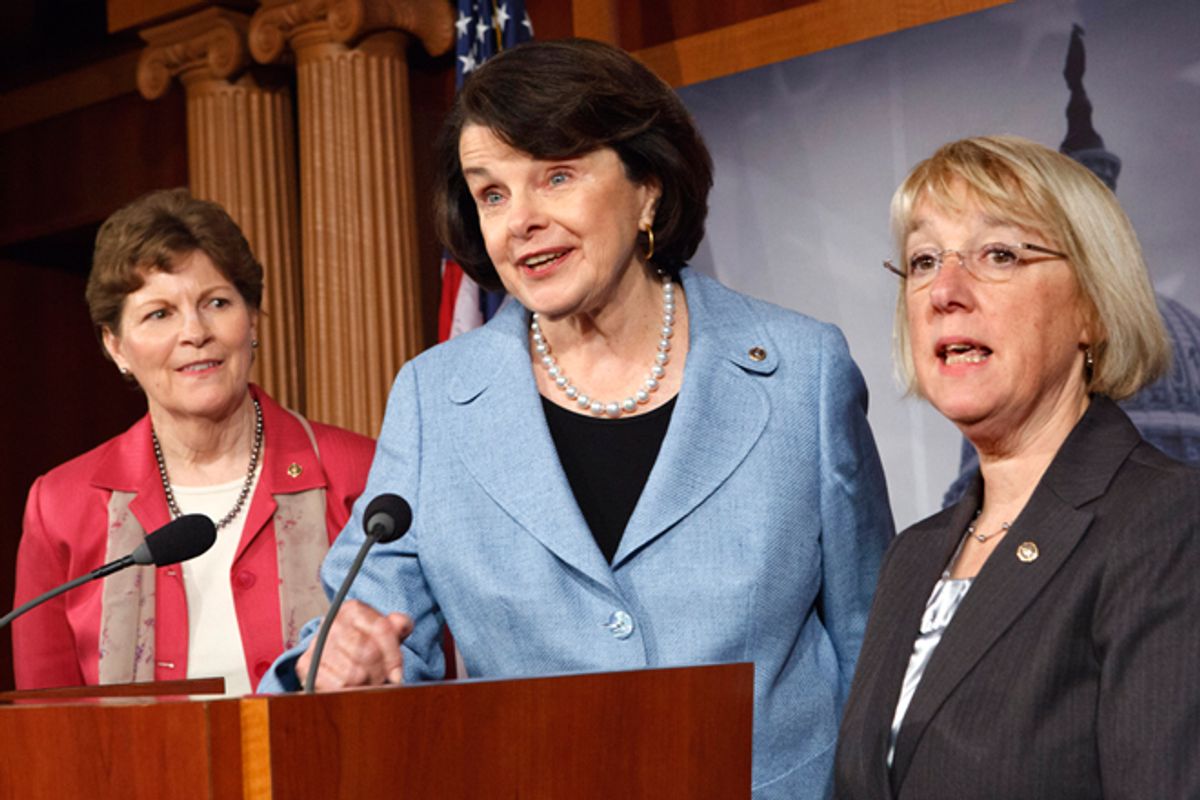 How you read yesterday evening's Senate vote to reauthorize the Violence Against Women Act depends on whether you judge it on the Senate today --  all of the Democrats voted for the bill and many more Republicans did than voted for the contraceptive-coverage-denying Blunt Amendment, the last bill loaded with "war on women" rhetoric -- or on the last time the Senate voted on VAWA, in 2005 -- when it was unanimous. It passed with bipartisan support, though the 31 male Republican senators who voted against VAWA, mostly on the basis that they could not support expanded provisions for LGBT, immigrant and Native American communities, are probably fodder enough for election-minded Democrats to continue pointing at Republican misogyny. "I knew there was a core of senators committed to a strong, inclusive reauthorization bill," said Lisalyn Jacobs of Legal Momentum, who helped write the new provisions, "and in the end, that prevailed."

The key battle is going to be the House, which just released a draft resembling the winnowed-down substitute bill that Senate Republicans failed to swap in at the last minute. It's still being parsed and the markup is scheduled for May 8, but Jacobs says that if it strips out the additional protections, "that's not a bill that the domestic and sexual violence advocacy field can support."

Advocates had already spurned the Grassley-Hutchison substitute, including the National Task Force to End Sexual and Domestic Violence Against Women, which says it "harms victims, increases costs and creates inefficiency."

One new Republican provision would create harsh minimum sentencing, which advocates believe would make victims less likely to report. And Rosie Hidalgo, director of public policy at the National Latin@ Network for Healthy Families and Communities, says the House version's immigration provisions "would strengthen the ability of abusers to use immigration status as a weapon of abuse." That's because, Jacobs says, "if the proposals in the House bill became law, abusers would be allowed to be present at self-petitioner interviews, which runs counter to all we know about how to respond to the needs of these victims."