The War on Terror and its various civil liberties assaults have escalated, not been reversed or even slowed down 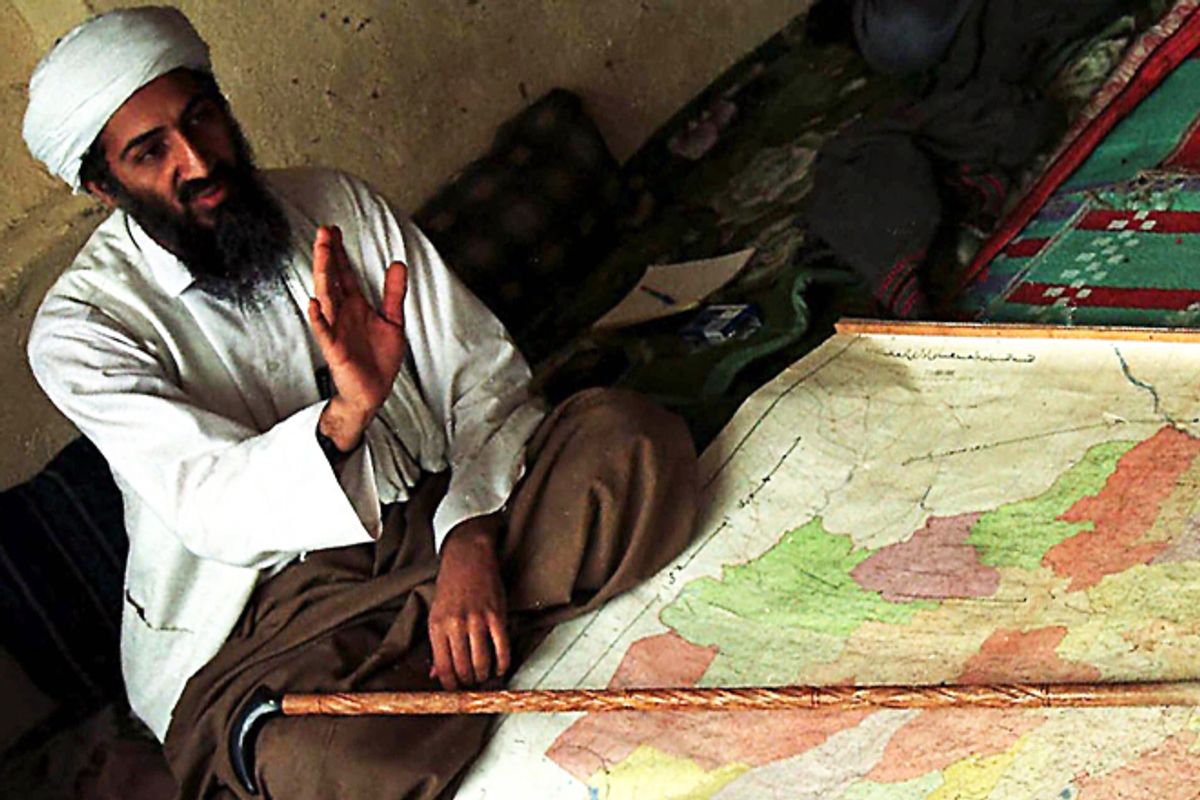 In the wake of Osama bin Laden's summary execution one year ago, many predicted that the War on Terror would finally begin to recede. Here's what has happened since then:

*With large bipartisan majorities, Congress renewed the once-controversial Patriot Act without a single reform, and it was signed into law by President Obama; Harry Reid accused those urging reforms of putting the country at risk of a Terrorist attack.

* For the first time, perhaps ever, a U.S. citizen was assassinated by the CIA, on orders from the President, without a shred of due process and far from any battlefield; two weeks later, his 16-year-old American son was also killed by his own government; the U.S. Attorney General then gave a speech claiming the President has the power to target U.S. citizens for death based on unproven, secret accusations of Terrorism.

* With large bipartisan majorities, Congress enacted, and the President signed, a new law codifying presidential powers of worldwide indefinite detention and an expanded statutory defintion of the War on Terror.

* Construction neared completion for a sprawling new site in Utah for the National Security Agency to enable massive domestic surveillance and to achieve "the realization of the 'total information awareness' program created during the first term of the Bush administration."

* President Obama authorized the use of "signature" drone strikes in Yemen, whereby the CIA can target people for death "even when the identity of those who could be killed is not known."

* The U.S. formally expanded its drone attacks in Somalia, "reopening a base for the unmanned aircraft on the island nation of Seychelles."

* A U.S. drone killed 16-year-old Pakistani Tariq Aziz, along with his 12-year-old cousin, Waheed, three days after the older boy attended a meeting to protest civilian deaths from U.S. drones (another of Tariq's cousins had been killed in 2010).

* NATO airstrikes continued to extinguish the lives of Afghan children; in just the last 24 hours, 5 more Afghan children were killed by the ongoing war.

* The FBI increased its aggressive attempts to recruit young Muslim-American males into Terror plots which the FBI concocts, funds, encourages, directs and enables, while prosecuting more and more Muslims in the U.S. for crimes grounded in their political views and speech.

Does it sound like the War on Terror and its accompanying civil liberties erosions are ending, or going in the opposite direction? The morning after the bin Laden killing, I wrote that the killing of bin Laden would likely re-ignite American excitement over militarism and would thus likely further fuel, rather than retard, the War and its various implications. As always: combatting Terrorism is not the end of the War on Terror; the War on Terror is the end in itself, and Terrorism is merely its pretext.