In this economy, having a job is no longer a guarantee against poverty 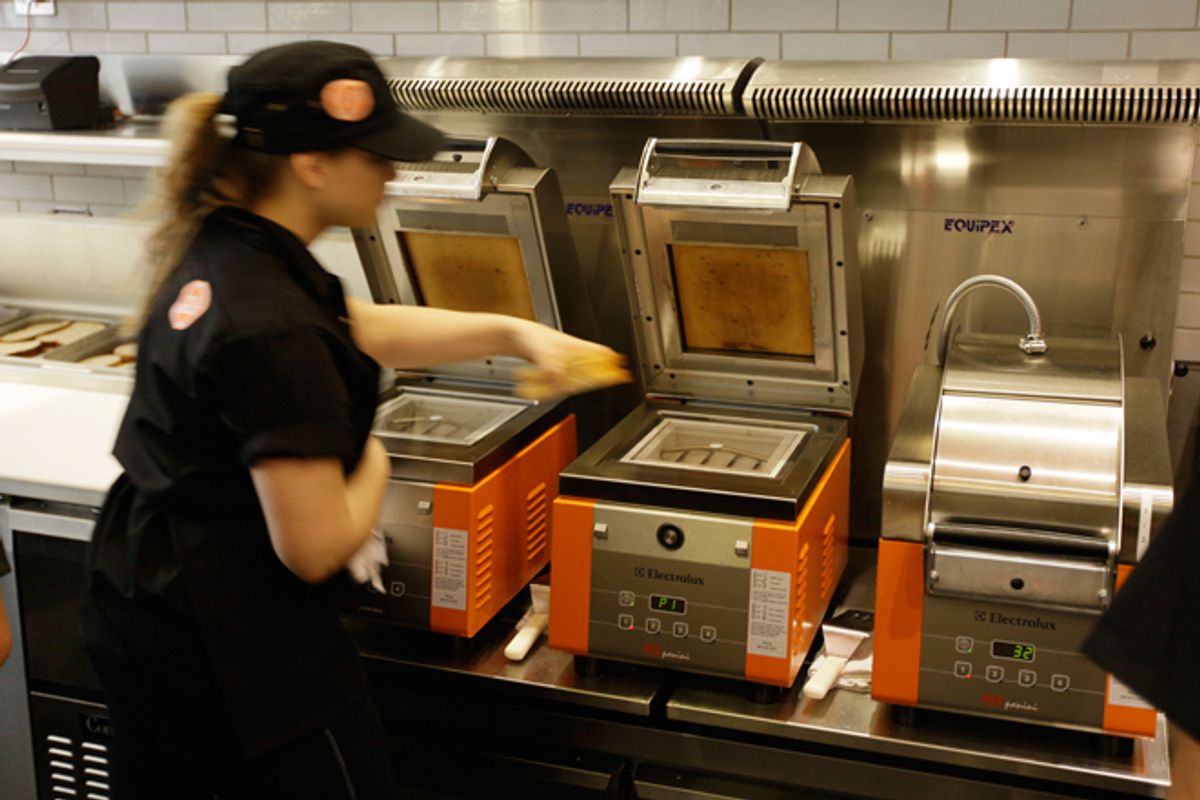 Last Friday, the U.S. Government announced that 7.2 percent of Americans in the labor force earn so little that they are living in poverty. Reuters noted that the percentage of the working poor is the highest in at least two decades. The rate was 7 percent in 2009, 5 percent in 1999, and 5.5 percent in 1987.

In "The Rich and the Rest of Us," we warn against letting positive stock market and job recovery reports blind us to the truth. The fact is it’s harder than ever for Americans to find work. And, for the working poor, simply having a job isn’t enough. With inflation and the cost of living steadily rising and good-wage jobs declining, it’s no wonder more and more hard-working Americans find themselves in poverty or one paycheck away from impoverishment.

The U.S. Census placed overall poverty numbers in the United States in 2010 at 15.1 percent of the population or 46.2 million. The working poor comprise 10.5 million of that number. According to government criteria, a single individual making an annual income of $10,830 and a family of four living off $22,400 per year qualify as “poor.” It’s a stunning reality that more than 10 million Americans with jobs meet the poverty criteria.

Revised Census figures put the number of Americans living in poverty at almost 50 million. When we were writing our book late last year, nearly 14 million Americans were unemployed, and millions more were under-employed. Keep in mind, those numbers did not include those who simply gave up trying to find a job.

"The Rich and the Rest of Us" presents “12 poverty-changing ideas” for nationwide consideration. Our philosophy is rooted in the principle of “fundamental fairness.” It calls for an economic system that allows poor and working people to live above the poverty line with jobs that have real living-wage salaries.

A new system of fundamental fairness will lead to a tax system that addresses the needs of the working–class people, and not just the mega rich. The rate of inflation has outpaced the rate of wage increases. There must be an equitable system to prevent further expansion of the “working poor” and give people the opportunity to climb out of poverty with dignity.

We know this will not be an easy endeavor. But in a country where millions of families– with both parents working -- are still being considered “poor,” fundamental fairness isn’t just a desired outcome, it’s a national priority.