Avery Lynn Canahuati accomplished a lot in her six months of life. Imagine what the rest of us can do in a lifetime 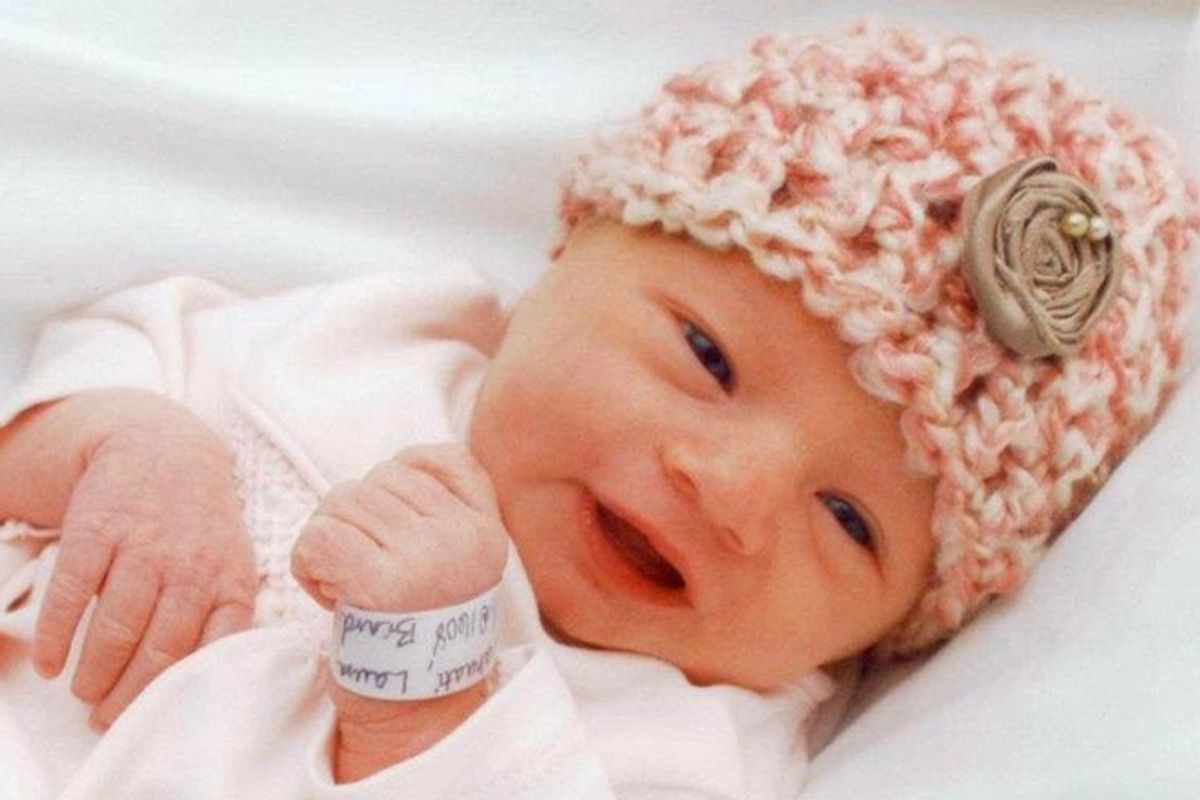 What have you accomplished since November? What dreams have you fulfilled? In that time, Avery Lynn Canahuati threw out the first pitch at a baseball game, got a letter from the president and dressed up like a troll doll. She experienced deep love, and changed the lives of her family and friends. And that's just what Canahuati got done in the first six months of her life. They were also the last.

Canahuati was born in Texas on Nov. 11. This past Good Friday, she was diagnosed with spinal muscular atrophy (SMA), a group of rare neuromuscular diseases that, in her case, were terminal. "We asked our doctors specifically if there is anything. Is there trial drugs, anything out of the country?" her mother, Linda, told CNN this week. So after "sitting around for two days crying and being devastated, since there is no cure and there is nothing we can do," her father, Mike, decided to make the most of what was left of his daughter's cruelly brief expected lifespan. Writing in Avery's voice, he created a blog -- and set a few goals.

"Imagine you've been diagnosed with an incurable genetic disease and you are told you will not only lose your ability to walk and move your arms, but you will die between now and the next 18 months. What would you do?" Avery's blog reads. "This has become my reality. But before I die, there's a few things I'd like to accomplish ... this is my bucket list and my story."

During an adventure riddled with so much good humor, so many images of smiling, laughing people that it's damn near impossible to read about it without dissolving into a sobbing, balled-up wreck, Avery and her family went about achieving the feat of simply "celebrating life." Avery's objectives were as seemingly mundane as to "stay up past midnight" and "keep smiling even after surgery" -- and as grand as raising a million dollars to fight SMA. Along with good-natured jokes about man-purses, hospital cribs that look like "Lockup: Texas Children's" and insanely cute pictures of a smiling baby with a chick fuzz hairdo, are the harrowing realities of life with a fatal disease. There were tubes and operations and weight loss and reflux issues that affected her breathing and swallowing.

For all the items Avery got to cross off her list in just a few brief weeks -- "eat ice cream," "meet someone else with SMA" -- there are many she didn't. She didn't, as she'd written she'd hoped to do, graduate college. Or get married. She didn't play in a softball game or ride a Ferris wheel or attend a birthday party. She died suddenly on Monday afternoon, when, as her father wrote later, "one of her lungs collapsed and she went into cardiac arrest." And one last time in Avery's voice, he wrote that her final dream was "spreading awareness and helping to fund a cure for my friends."

We live in a mortality-denying culture. Just this month, an Aflac WorkForces Report announced that "sixty-two percent of U.S. employees say it's not likely they or a family member will be diagnosed with a serious illness." Yet disease comes for many of us, and death comes for everybody. That's not an abstract concept. It's the truth. I didn't always get it, either. But I certainly understand that much better now than I used to, after watching a few of my loved ones die over the past year while my best friend and I faced our own life-threatening cancers. And I've got to say, death really clarifies the hell out of one's to-do list.

Avery's goals were not her own, of course. They were the ones her parents set to maximize her remaining time. But it's easy to see in her photos what a cheery, friendly baby she was, and the ways in which her sunny nature inspired others. It's easy to see a mother and father who could have become embittered by a devastating twist of fate, who instead chose to fight fear with love, pain with compassion, who are trying to use their loss as a means of raising awareness and doing service for others. They did it in a matter of weeks. Think of what the rest of us could do with a few decades.

You shouldn't have to wait for a diagnosis to consider the possibility that you are going to die. You are. Maybe even in the next six months. The question is: What will you do with the time you have left? Will you eat a cupcake, get a kiss? Avery did. Will you reach out and connect? Will you love and be loved? Will the ones you leave behind be able to call your life a "celebration" too? As Avery and her parents tell us, "You can live life dying or you can die living life." Imagine you're on the clock. Start acting like it. Go.