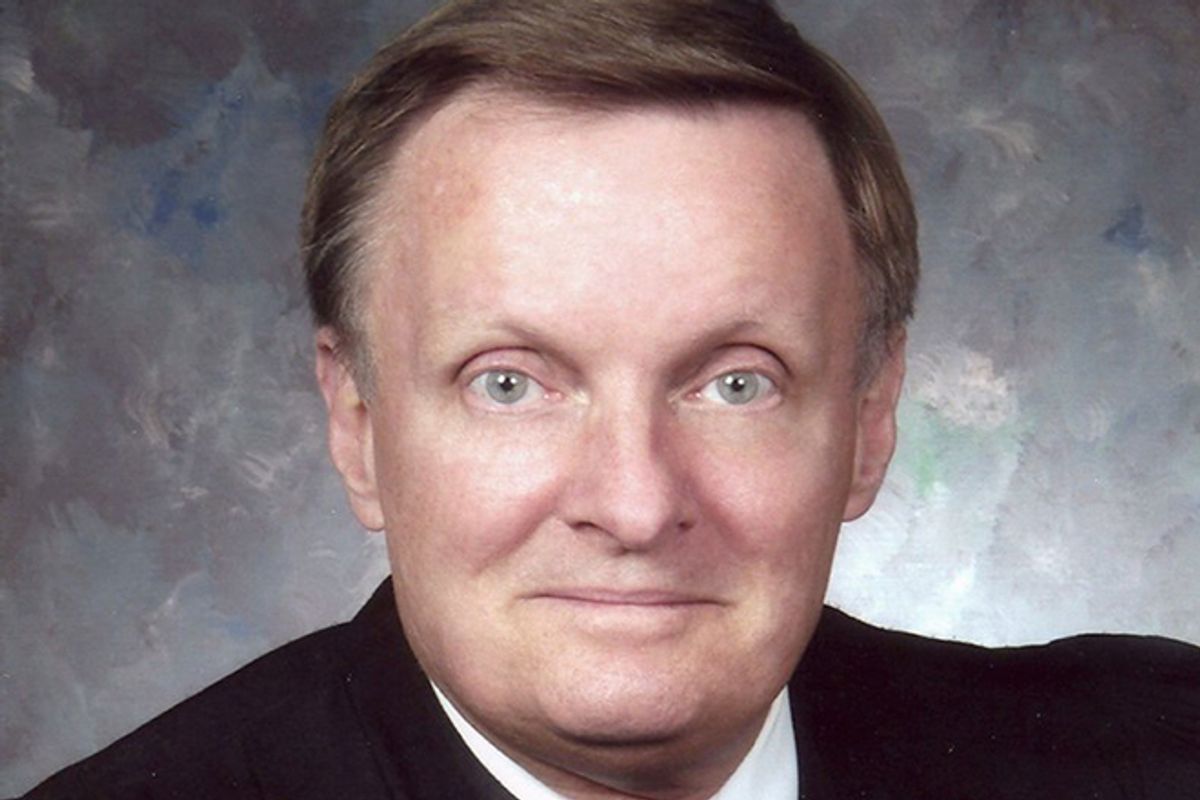 Here is what the state of Texas considers "irreparable harm": Continuing to provide Planned Parenthood with federal funds for the Texas Women's Health program, which it has done for several years. Here is what it does not find harmful: immediately denying healthcare access to tens of thousands of women who have been going to Planned Parenthood affiliates for basic health services that aren't abortions.

On Monday, a U.S. District Court judge didn't buy the state's legislation defunding Planned Parenthood, putting a temporary stay on the enforcement of the law. But within a day, there was another judge who found the argument persuasive: Fifth Circuit Judge Jerry Smith, last seen obnoxiously demanding that a female Justice Department lawyer "submit a three-page, single-spaced letter by noon Thursday addressing whether the Executive Branch believes courts have such power." (Kevin Drum memorably compared it to "a middle school teacher handing out punishment to a student because of something her father said at a city council meeting the night before," and you wouldn't have to look hard to find the sexist condescension.)

The District Court judge had written 24 pages on the constitutional merits, focusing on Planned Parenthood's First Amendment rights of association. Smith issued two sentences two hours after the state's petition, undoing that, and apparently buying the state of Texas' argument that Planned Parenthood's alleged "abortion promoting" mission justified discriminating against a qualified provider of healthcare.  (The clinics receiving WHP funding don't even provide abortions, but other Planned Parenthood clinics do.)

In an election year, these posturings take on new meaning; by today, Planned Parenthood was proclaiming in a news release, “What would Mitt Romney’s America look like for women’s health care?  We need look no further than Texas,” and highlighting the policy similarities of Romney and Perry on women’s health. Romney, of course, has pledged to defund Planned Parenthood, which during the primaries became a consensus Republican issue. The last federal attempt to do so, last year’s Pence Amendment, nearly shut down the entire government, though Obama held the line -- as he pointed out in a recent campaign video supporting the organization.

The presidential policies matter, but as we can see from Texas, the judiciary, prompted by state legislatures that are coming off a wave of abortion restrictions, is currently wielding the most power when it comes to women's everyday lives, and the 5th Circuit in particular has been unrepentantly hostile to reproductive rights. When they failed with Pence, right-to-lifers turned to the states, primed by the 2010 election of even more anti-choice legislators and governors. In Texas, the conservative 5th Circuit has become a brick wall, previously allowing enforcement of the most extreme ultrasound law in the country, one that requires a woman to listen to the results.

Smith is a Reagan appointee, as is his fellow 5th Circuit conservative gadfly Edith Jones, who wrote the opinion in the ultrasound case, though if they're feeling particularly emboldened lately, you can't really blame them. After all, the Obama administration has shown little interest in prioritizing the judiciary, even after Bush's ambitious effort to fill federal appellate courts with movement conservatives. A January Brookings Institution report showed that Obama has nominated fewer federal trial judges than his predecessors, even as a wave of judges retires. (Unprecedented Senate intransigence is a major factor in confirmations, but doesn't explain the nominations.)  And Dahlia Lithwick has argued that "Obama, like Bill Clinton before him, has selected lower court judges more notable for their racial and gender diversity than their hard-left judicial orientation."

All of this is to say that as long as states like Texas keep passing laws that punish women and stretch the boundaries of constitutional interpretation, to put it mildly, the buck is likelier than ever to stop at a judge like Jerry Smith.