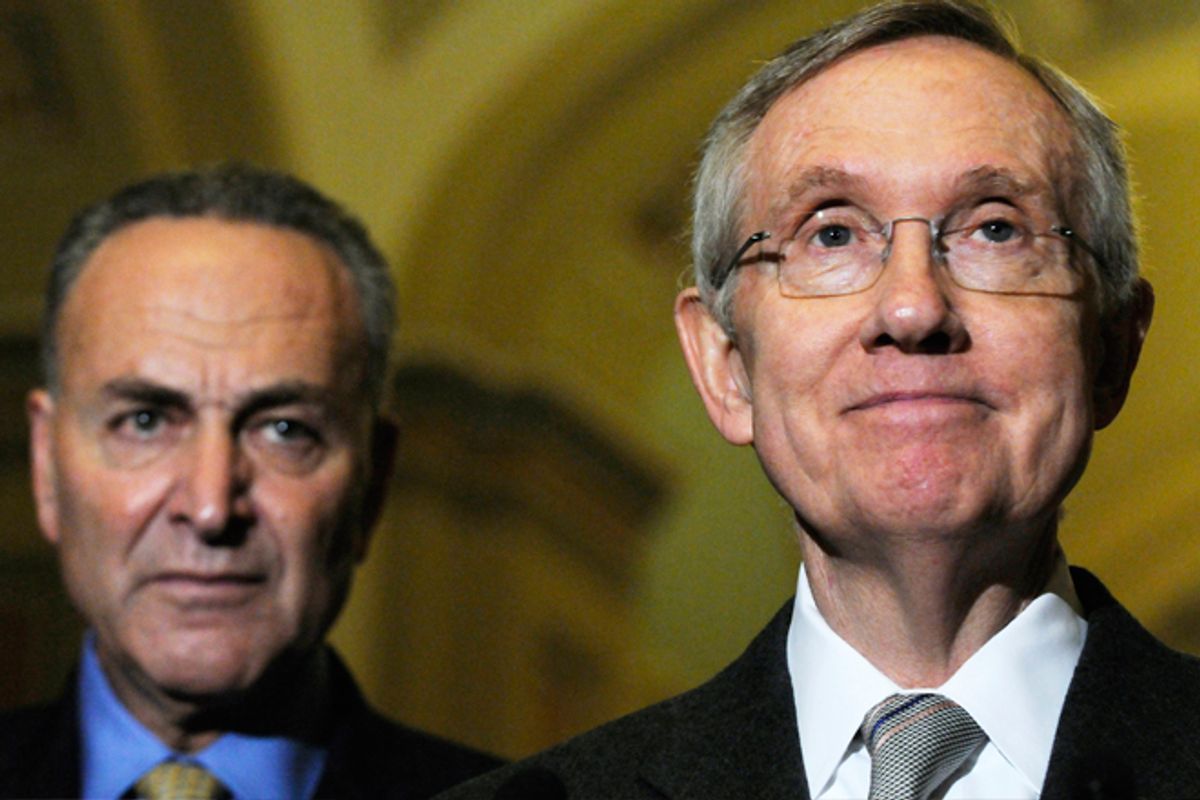 The growing likelihood that Richard Lugar will lose next Tuesday’s Indiana Republican Senate primary is the latest in a string of unexpected developments that have bolstered Democrats chances of hanging on to the Senate.

As I wrote yesterday, Lugar’s conservative primary challenger, state Treasurer Richard Mourdock, lacks the incumbent’s broad cross-partisan appeal and is closely identified with Tea Party-flavored Republicanism. Democrats, meanwhile, are poised to nominate Joe Donnelly, a moderate third-term congressman who defied the odds to hold onto his seat in the GOP tide of 2010. Mourdock would still probably be the favorite over Donnelly in the fall, just because of Indiana’s red tint, but the seat would be in play – something that would never be the case with Lugar as the GOP nominee.

The implications of a Democratic pick-up in Indiana could be huge. The party entered the 2012 campaign cycle in a defensive crouch, nursing a 53-47 edge in the upper chamber and facing a very challenging slate of races. The basic problem: Because of strong years in 2000 and 2006, the class of senators up for reelection in 2012 is dominated by Democrats, many of them representing marginal and Republican-friendly states. With a close presidential contest, the party won’t be benefiting from the national tide that lifted its congressional candidates in ’06, leaving Republicans with a host of pick-up opportunities – and Democrats with very few.

Well, that was the case early in the cycle, at least. Back then, there was only one clear Democratic pick-up opportunity on the board: Nevada, where John Ensign, the one-time rising GOP star, was forced into retirement by scandal. The race to succeed him, between the appointed GOP incumbent, Dean Heller, and Democratic Rep. Shelley Berkley, is a toss-up.

But since those bleak early days, Democrats have caught some breaks.

The first came in Massachusetts, where the state’s biggest Democratic names all begged off from running against Scott Brown, leaving an assortment of B- and C-list options to a vie for a nomination that looked worthless last summer. But then Elizabeth Warren stepped in and proved herself to be a powerful communicator and a prolific fund-raiser. The Massachusetts race is now among the most competitive in the country, giving Democrats a 50/50 chance of knocking off Brown.

Then came Olympia Snowe’s surprise February announcement that she wouldn’t seek a fourth term in Maine. Quickly, the state’s former independent governor, Angus King, announced his candidacy. King, who won by 40 points the last time he was on a Maine ballot, is now the overwhelming favorite to win in November. While he won’t say which party he’ll caucus with, Democrats in the state and nationally are treating him like one of their own. Chuck Schumer, one of the top Democrats in the Senate, referred to the Snowe seat this week as “ours.”

Two other races that weren’t supposed to be competitive are also on the radar now. In Arizona, Democrats have recruited a candidate with a compelling biography: Richard Carmona, who served as George W. Bush’s surgeon general only to turn on the administration. A Democratic poll has shown Carmona within striking distance of Republican Jeff Flake, while a recent nonpartisan survey put President Obama only two points behind Mitt Romney in the state. There is hope among Democrats that Arizona, with its growing Hispanic population, is more winnable for them than most assume – and that without favorite son John McCain on the ballot, the state would have been theirs in 2008.

There are subtler clues of an unexpectedly competitive race in North Dakota. When Democrat Kent Conrad announced that he wouldn’t run again, the state was written off as an easy Republican pick-up – and it still might be. But some early developments at least offer a glimmer of hope to Democrats. As Politico reported this week:

With a dearth of public polling, the case for former Attorney General Heidi Heitkamp is based on a body of clues.

A Democratic poll showed Heitkamp with a 5-point lead; no Republican data countered the finding. The latest Crossroads GPS air strike included $76,000 to bruise Heitkamp — a sign she’s on the radar of the cycle’s most notorious super PAC. Even Berg blasted an email to supporters recently claiming the state is “Harry Reid’s #1 target.”

Add Indiana to this mix and Democrats have a total of five opportunities (or potential opportunities) for pick-ups that didn’t exist at the start of the cycle. Obviously, they won’t win all of these races, and they may still get routed in a few of them. But when you’re clinging to a 53-47 majority, any seat gained could be the difference between majority and minority status next year.