The unhealthy life of drawing 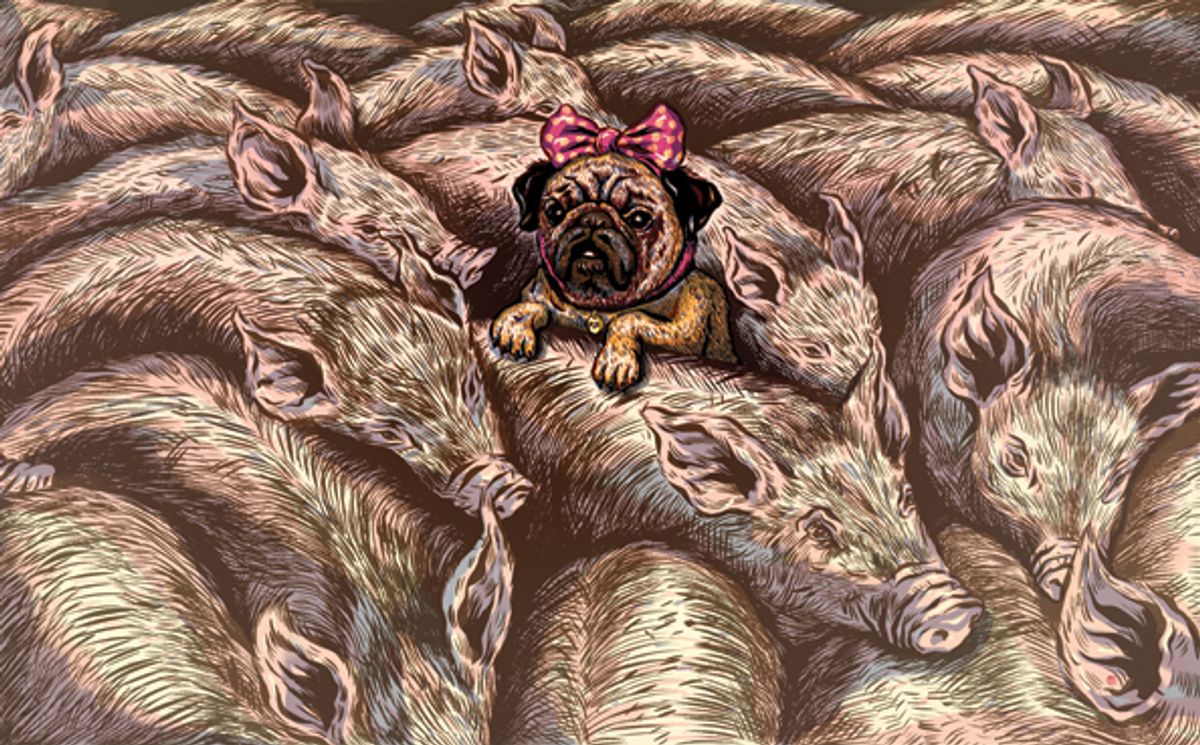 Soon after Jungyeon Roh began working as an illustrator, she had an unpleasant revelation. “I realized that we are just sitting and drawing all the time,” she says. “It’s really not healthy at all!” Movement is essential to Roh. Born in South Korea, she lived in Seoul for 23 years until a study-abroad program in her junior year of college led her to visit nine European countries in a month. Having caught the travel bug, she studied in Chicago before making her way to New York in 2006 to study at SVA.

Her interest in physicality and health eventually led her to printmaking, which requires a constant pushing, pulling and lifting. Roh had found a way out of the illustrator’s chair. That visceral engagement with life is evident in her work too, where Roh often shares embarrassing memories with a tragicomic intimacy. Pieces like “My Second Ex-Boyfriend”―featured in Print’s 2011 Hand Drawn competition―reveal shades of darkness amid manic scenes of junior-high romance. To illustrate a familiar tale of a crush gone awry, she uses a Crumb-esque style that makes commonplace scenes seem almost grotesque.

“There’s a certain sense of intensity to her work that feels surprising,” says the illustrator Josh Cochran, Roh’s thesis advisor at SVA. “I think she gives off a different persona in person, but she is definitely not afraid to get down and up close with a lot of her subjects.”

That is especially apparent in Miss Eggplant’s American Boys, which earned Roh a Gold Award from the Art Directors Club. Set to the lyrics of an Estelle song, the book tells the tale of a free-spirited woman in a giant eggplant costume on her journey to America. It’s weird and fantastical, but also clearly semiautobiographical. Such intimacy doesn’t come easily. “I’m from a conservative culture, so it can feel really embarrassing, but I just keep doing it anyway,” she says. “Drawing pictures is my autobiography.”