"Grey's Anatomy," "Sherlock" and "Girls" all reflect our culture's schizophrenic attitude toward chastity 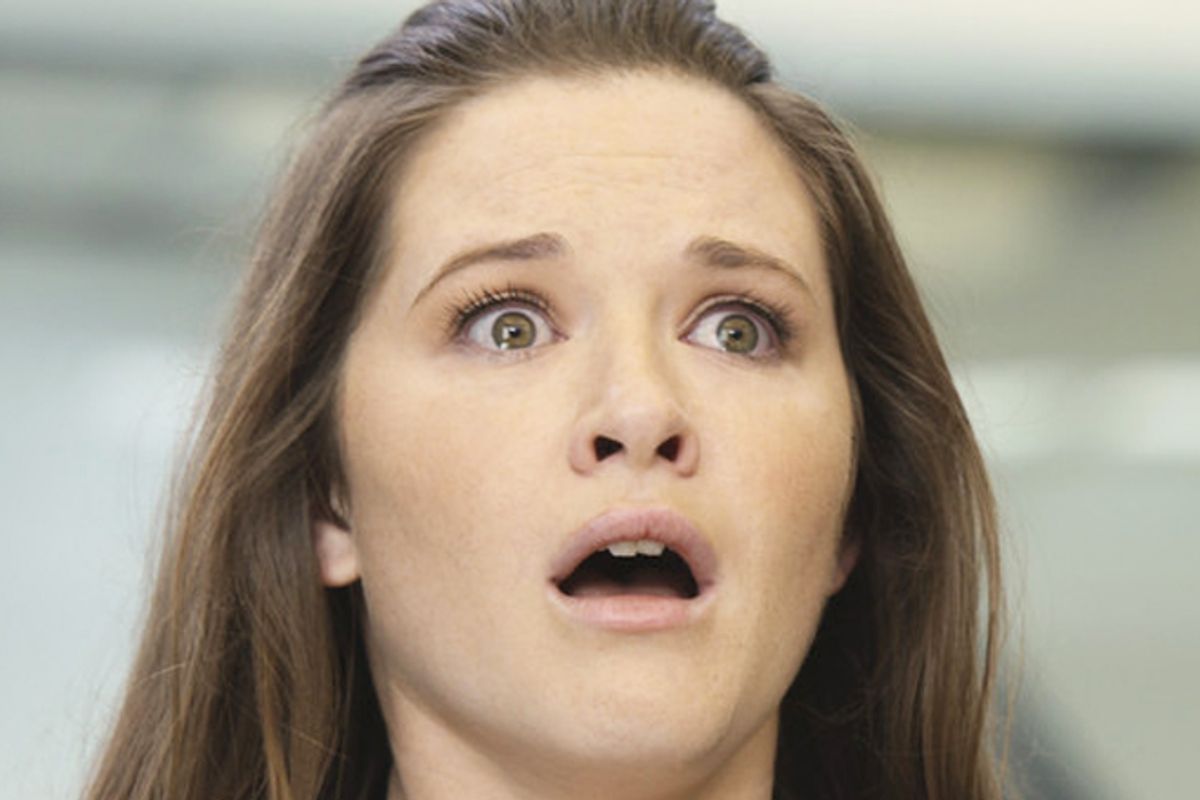 Ever since “90210’s” Donna Martin held on to hers for seven seasons, adult virginity -- the state of having it and the act of losing it -- has been a recurring plot point on TV dramas, and not just ones set in high school. The rules that apply to virginity in characters of a certain age are more or less the same ones that apply to Chekhov’s famous gun: If it appears in the first season, it will probably go off by the third, or the fourth, or the seventh, just as it did for Donna Martin. There are currently three fictional adults — or two adults and a self-identified “Girl” — grappling with their virginities with varying amounts of shame in big-name TV shows. (Shame-free virginity: not currently a fictional TV offering.)

“Grey’s Anatomy’s” April Kepner (Sarah Drew) just lost her virginity last week, and will be dealing with the fallout in this one, on tonight's episode. April's deflowering would have been a happy event — if the show hadn't used the mind-bending powers of retroactive continuity to suddenly assert that she had been saving herself because of her religious beliefs. At the beginning of last season, the high-strung, cheery Kepner (a common characteristic of TV virgins is a type-A, neurotic personality) yelled at her colleagues, in an effort to quell their merciless teasing, “I am a 28-year-old virgin, namely because I wanted my first time to be special and then I waited too long, and partially because I’m pretty sure guys find me annoying.” She then spent the next year and a half flirting, making out with and never quite sleeping with a series of guys who weren’t right for her, without once mentioning chastity or a higher power.

Then last Thursday, she threw herself on fellow resident Jackson, assuring him — after he kept repeating to her, out loud, “You’re a virgin” — that having sex with him was really what she wanted to do. The next day, she seemed shell-shocked. When Jackson tried to apologize, she explained,  “It’s not you. It’s Jesus. I was a virgin because I loved Jesus. And now Jesus hates me.” Ta-dah! April Kepner had been magically transformed from an accidental, circumstantial virgin into a religious one. In the process she’s gotten stuck in a fun house mirror of TV sex-shaming: Having felt ashamed for two seasons about not having had sex, she now gets to feel ashamed for a few more seasons about having had it.

At least “Girls'” Shoshanna Shapiro (the hilarious Zosia Mamet, who I sold short in my original review of "Girls"; having seen the full season, I retract my assertion that she's the cast's "weak link") only has to share the first half of April's plight. A devotee of “Sex and the City” and books with titles like “Listen Ladies,” the abashed Shoshanna thinks of her virginity as an embarrassment, and her friends, though sweet about it, basically agree. When Shoshanna tells Marnie (Allison Williams) that “I am almost 22 and I am a virgin. Everyone and their mother has had sex except for me,” Marnie doesn’t quite know what to say. She tries to comfort Shoshanna by asking if she’s ever given a blow job, which is “basically the same thing.” Shoshanna hasn’t. Marnie, at a loss, then shares a story about how she hit a puppy with her car. Puppy killer and virgin, semi-equivalent mortifications.

Despite interactions like these, the implacable Shoshanna doesn’t consider lying about her sexual status. On this Sunday’s episode she hits it off with a guy, brings him home, gets in bed with him, and in a perfectly typical “Girls” sex scene — a woman contorting herself in all sorts of emotional and physical positions to have sex she probably won’t even enjoy —  tells him she’s never had sex before. “That’s not really my thing, virgins,” the guy replies, not that nicely.  “OK, except for the fact that I haven’t had sex, I’m totally not a virgin,” Shoshanna fast-talks. “I’m like the least virgin-y virgin ever.” The guy doesn’t buy it, and though he is presented as a jerk, the message is clear: Her virginity is just as awkward as Shoshanna thinks it is.

Whether losing it or keeping it, virginity is a big deal for both Shoshanna and April, one of the major ways that they define themselves. Not so for Sherlock Holmes, who returns to TV on PBS this Sunday in the second season of the BBC’s modern-day take on the famous detective. Taking his cues from the original Sherlock (and not the action hero incarnation), this Sherlock (the wondrously named Benedict Cumberbatch) has little to no interest in women, unless they are part of a case. But in the first episode of this new season, based on “A Scandal in Bohemia,” Irene Adler, the only woman who ever turned Sherlock’s head, appears and the subject of Sherlock’s virginity comes to the fore. Sherlock, it seems, is a virgin. Adler reveals that Holmes’ arch-nemesis, Moriarty, calls him just that (as opposed to on "Girls" and "Grey's," only Holmes' enemies laugh at him), and when Adler asks Sherlock if he’s ever had sex, Holmes, for maybe the first and only time, looks uncomfortable. Prior to Irene’s appearance, this question wouldn’t have mattered to him at all. Sherlock, as a rule, doesn’t care what anyone else thinks, let alone thinks of him, but in the presence of a woman he’s actually interested in, even the great Holmes becomes a smidge embarrassed.

But this flash of insecurity and emotion is only temporary. Sherlock is a singular character for many reasons, and to a list that includes genius and legend, you can probably add forever-virgin. Unlike Shoshanna, April or any of the virginal characters that have come before, it seems unlikely Sherlock will ever actually do the deed. This, in its way, is the most interesting take on the virgin arc that’s yet been on TV: Rather than go through the typical, protracted “will he do it and when he does it will he feel good or bad about it?” story line, Sherlock’s sex life will remain sublimated, just one of the many interesting, unique things about him. It makes a certain amount of sense. After all, if anyone can keep that gun from going off in the third act, it would be Sherlock Holmes.