During George W.'s first term, big government boosted employment. For Obama, it's the opposite 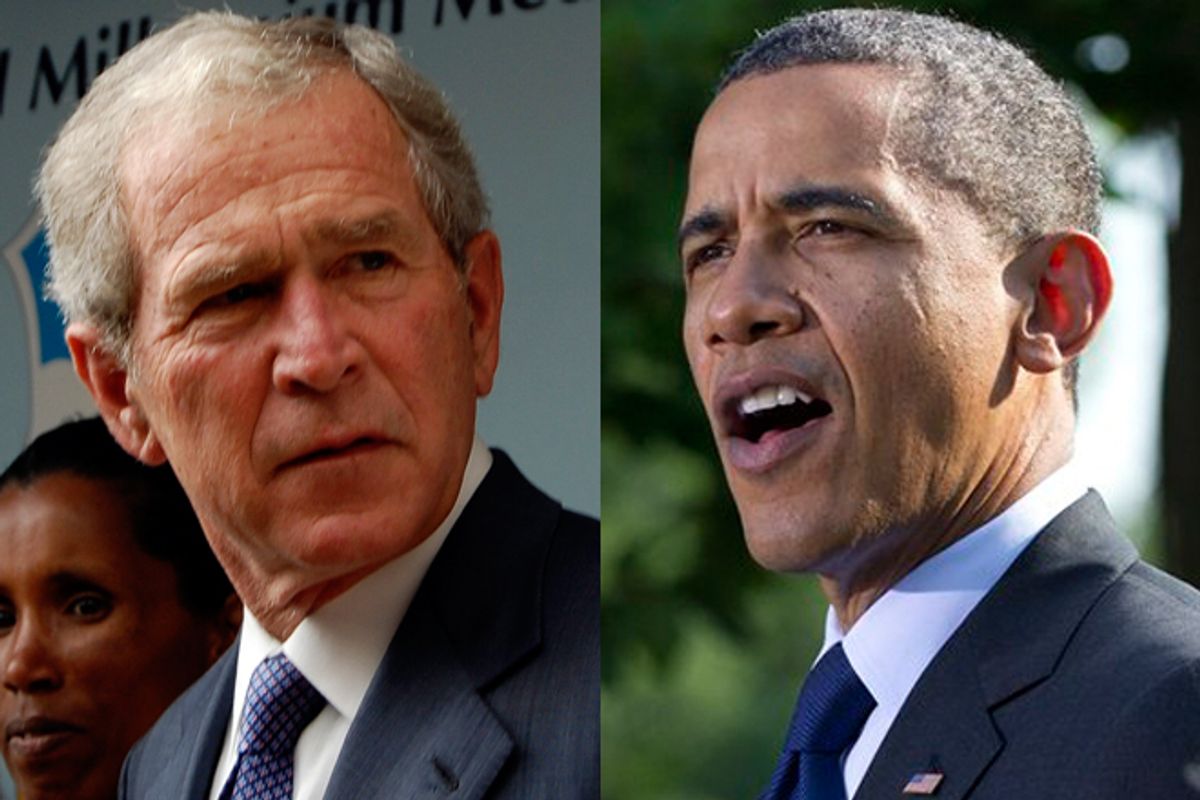 There is a number buried in today's government labor report that deserves closer examination: 35,000. That's the net number of private sector jobs created during the Obama administration to date. That's right, it's a positive number. After the worst economic disaster to befall the United States in 80 years, that's a number that maybe we should be applauding. Remember: The private sector hemorrhaged more than 2 million jobs in the first three months of 2009 alone. The hole was deep.

Unfortunately, it's still a tiny number, and it is dwarfed by a much larger figure: 607,000. That's the number of public sector jobs -- federal, state and local -- that have been lost since Obama took office. It's a story that probably isn't getting told enough about the Obama administration: Big government keeps getting smaller.

This is interesting for a number of reasons. First, it punches a big hole in the theory that Bush's tax cuts were responsible for boosting employment during his first term. Let's also recall that the Bush recession (which he inherited from Clinton) was far, far milder than the near-Depression Obama inherited from Bush. In that context, Obama's performance resuscitating the private sector has been miraculous. The Washington Post published an article criticizing Obama for not doing enough to resist job losses in the public sector, without fully acknowledging the political impossibility of additional stimulus after the first round, but we haven't heard all that much over the years about how the growth of government saved Bush's bacon.

Of course, Obama isn't running against Bush, so that's moot. But as this presidential campaign heats up, it might be worth periodically reminding ourselves: Bush led the U.S. economy out of a weak recession with strong public sector growth. Obama is leading the U.S. economy out of a near-death experience while a steadily shrinking government swells the unemployment rolls. Which magic trick do you think is harder?