A ghoulish new campaign brings him back from the dead. Maybe it's time to stop looking backwards 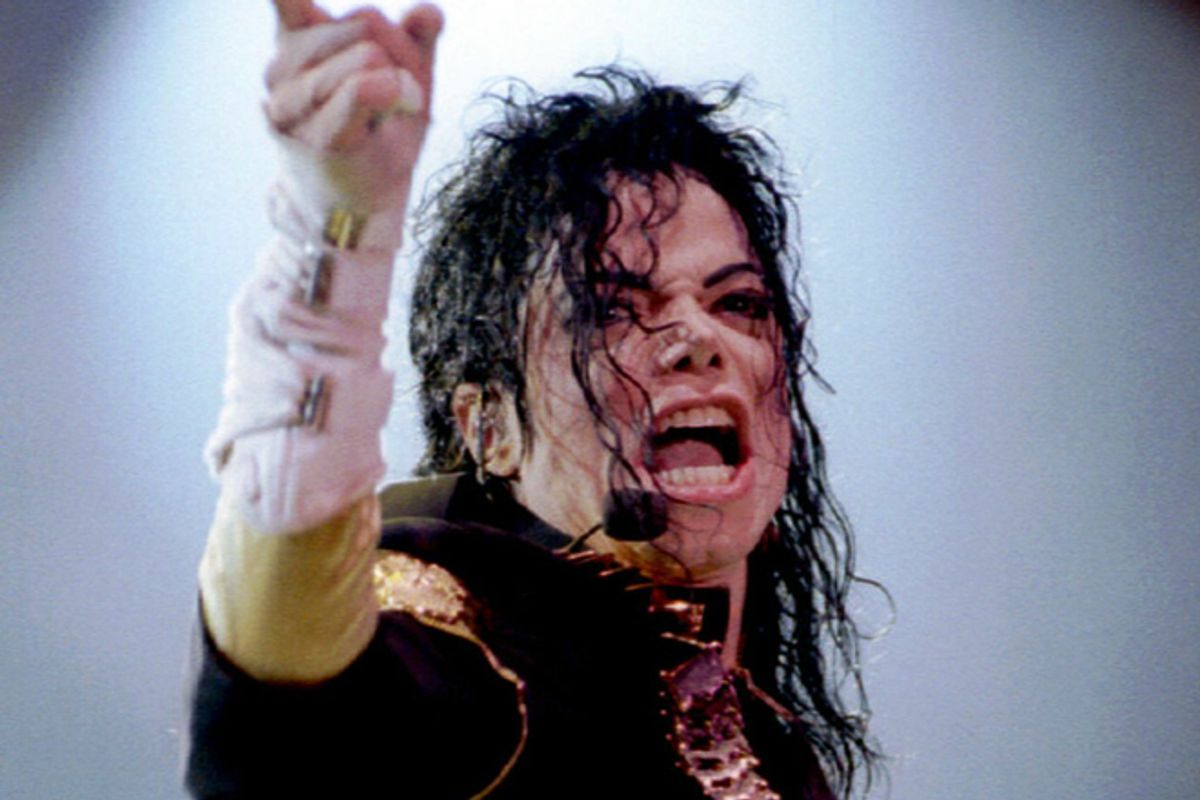 As if Michael Jackson wasn't creepy enough when he was alive. The self-proclaimed King of Pop, who died nearly three years ago, is making a return via a new Pepsi campaign. The fabulously un-self-aware tagline? "Live for Now."

The corporation is set to festoon one billion cans of Pepsi around the world – that's one billion cans – with the singer's unmistakable silhouette. It's a bold move for a company whose most famous association with Jackson is that back in 1984, his hair caught fire filming a commercial for them. Jackson's estate orchestrated his sponsorship resurrection, and a family spokesperson confirmed to the Wall Street Journal Thursday that "more such marketing agreements are planned." Did anyone else just feel that collective shudder of revulsion?

Even dead, Jackson is a massive draw. He's currently the subject of a global Cirque du Soleil tour with the horror movie title "Immortal."  And Pepsi knows that overseas – especially in markets like Asia -- his brand is as ubiquitous and American as well, cola.

Bringing back the dead is a peculiar – if increasingly common – gambit. Now that the earth has run out of living celebrities, they've had to revive Tupac to perform at Coachella  and Grace Kelly to make kissy face with Charlize Theron to sell perfume.  They even had to dig up Martin Luther King Jr., to pitch for Mercedes-Benz.

There comes a time when a celebrity passes into our iconography. Today, seeing the images of Elvis and Marilyn and James Dean in different pop culture contexts barely seems any stranger than fake Abraham Lincolns selling cars in February. And why wouldn't Jackson's people wring a few more opportunities out of his incredibly lucrative image? Somebody's got to pay for all those $10 million mansions.

Senior PepsiCo marketing executive Frank Cooper told the WSJ that the new campaign will be both "respectful" and "forward looking.'' It may be respectful. But there's nothing "forward" about the dead. Jackson's image survives as an easy symbol of pop music, but the man whose life ended from propofol intoxication three years ago, whose doctor is currently serving time for involuntary manslaughter, couldn't seem less like the right spokesman for the notion of "living for now."