Can beer save America? 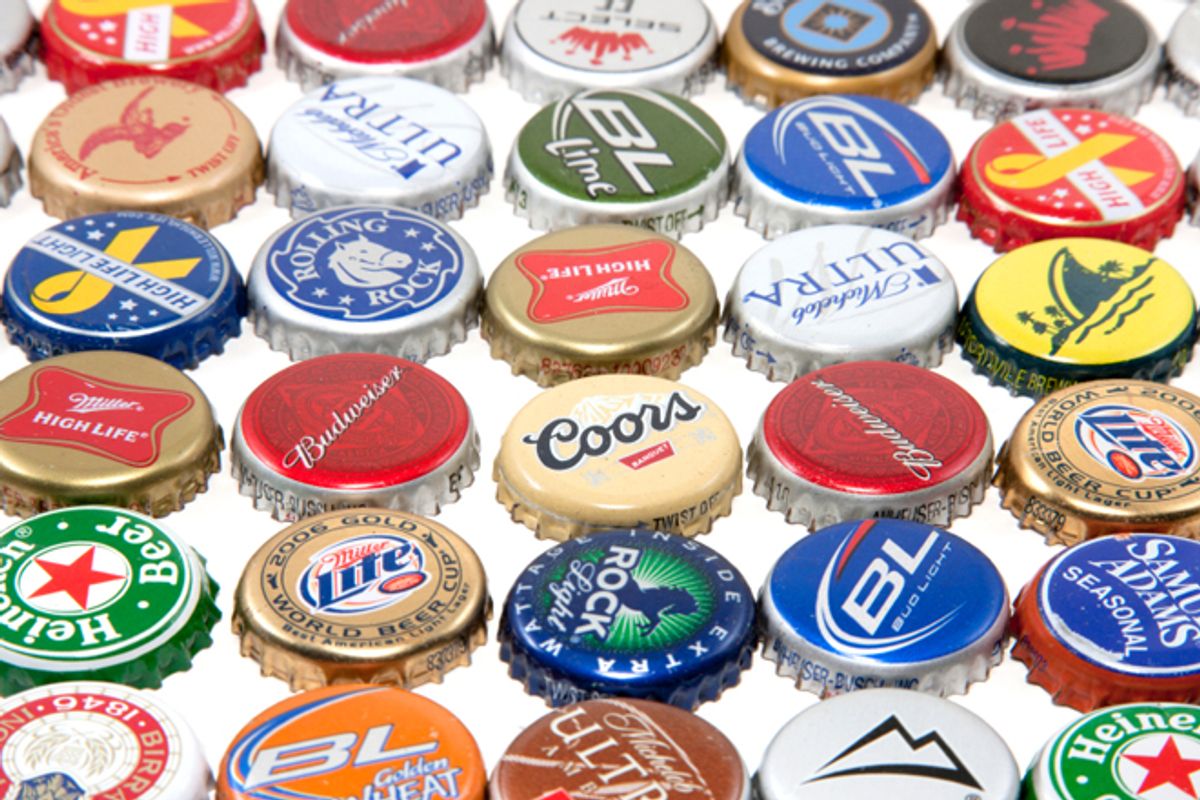 The grand unifying theory of the American consumer has been that we are, first and foremost, low price fetishists. There’s ample evidence supporting this view: From Wal-Mart’s prominence to the fast food industry’s ongoing success, vast swaths of the economy are indeed built on the premise that buyers will prioritize discounts and quantity over premium prices and quality.

But ever so quietly, we are starting to see the rise and success of a competing vision, one that turns the old assumption on its head. In the technology arena, for instance, Apple is successfully challenging the PC world with a business model that convinces consumers to pay higher prices in exchange for better reliability, durability, efficiency and customer service. Likewise in the transportation world, more and more consumers are willing to pay higher prices upfront for hybrid and electric vehicles in exchange for the promise of lower long-term energy costs. This has encouraged companies like Philips to introduce more expensive light bulbs, in hopes that consumers will pay more for illumination that promises to use less electricity and last 20 years.

The history of the face-off is illustrative. For decades, the big brewers (Anheuser Busch, MillerCoors, etc.) have marketed their products less on the basis of taste or quality than on identity branding. What you drank subsequently became a statement not necessarily of what your taste buds enjoyed, but of your self-image. The Miller versus Budweiser wars and Old Milwaukee ads, for instance, were so often a pitch to guys looking for working-class street cred. Meanwhile, Pabst Blue Ribbon lately has been pitched as a retro-themed statement of hipster style.

This kind of marketing made a certain sense, because while macrobrew brands are certainly appealing, the actual beers in question are basically terrible. Produced through the macrobrews’ low-price, high-volume process, they don’t contain high-quality ingredients, they don’t contain much alcohol and, thus, they simply don’t taste good. Knowing this, the macrobrews have logically designed their marketing campaigns to focus on everything (the can, the type of people who drink it, the logo, etc.) but the actual product. Indeed, if there’s one ubiquitous reference that macrobrewing companies make to the beer itself, it’s usually one telling you how cold the beer is or should be -- a temperature that, quite deliberately, helps hide just how bad the beer actually is.

The obvious assumption in this business model is that Americans generally reward low price over everything else, and specifically preference beer that is cost-effective to drink in mass quantities, rather than beer that delivers more alcohol or taste in less volume of liquid. In other words, the model assumes consumers see beer as a homogenized, undifferentiated commodity and that therefore less can never be more. In this view, more is always more, and since cheaper means more, cheaper is inherently better.

This is not a silly assumption, of course, in a country whose college binge-drinking culture teaches kids to prefer quantity at an early age. However, it ignored a potentially profitable market of beer drinkers with a different set of priorities. That’s where the craft brew industry came in.

In the last few years, small brewers have filled the vacuum left by macrobrewers, specifically marketing higher-priced products based on premium quality and taste. It’s been a wildly successful endeavor. 2011’s sales results tell that story: In a year that saw an overall decline in the beer market, the craft brewing industry increased its year-to-year sales by 15 percent and substantially grew its share of the total market. And here’s the key stat: according to the Brewer’s Association, “craft brewing sales share in 2011 was 5.7 percent (of the total beer market) by volume and 9.1 percent by dollars.”

That gap between share of total volume and share of total dollars generated is the high-price/high-quality/low-volume business model at work. Basically, craft brewers are generating a much larger share of beer revenue than they are contributing to the overall volume of beer in America -- meaning that, contrary to previous trends, a growing share of consumers are willing to pay more for less, as long as the product is the comparatively higher-quality product that craft brewers provide.

Will this trend continue? Will the craft brew industry follow in, say, Apple’s footsteps and become the next high-quality David vanquishing the quantity-over-quality Goliath? It’s hard to say, but unlike in most other industries, the battle doesn’t look like it will be muddled by compromise -- which makes it a hugely important test case.

Recall that in other major industries, the establishment’s low-price titans have typically tried to crush the high-price/high-quality upstarts by partially mimicking them -- think Microsoft copying Apple or Wal-Mart partially pantomiming Whole Foods. In the beer industry, by contrast, it’s the opposite. Save for a few mini-brands like Coors’ Blue Moon line, which pretend to be a craft brew product, the macrobrew moguls are largely doubling down on their old low-price/low-quality/high-volume formula.

So, for example, Coors Light isn’t changing its watered-down product; it’s simply going with color-changing cans. Pabst is thinking about introducing not any higher-quality lines, but instead trying to brand its products to the military. And most blatantly, Miller has just launched this television campaign promoting a new can that allows the beer to be consumed as quickly as possible.

Though thinly veiled as a mechanism for better drinkability, the new "punch-top" can is obviously developed as the first specifically engineered to shotgun beer -- that is, specifically designed to drink beer in a way that makes sure you don’t actually taste the beer. The unique selling proposition of the campaign is incredibly blatant in its embrace of the low-price/high-volume model: It is screaming at you to buy the cheap product exclusively because everything about it -- the beer and even the can -- is aimed at helping you pour it into your body without even having to taste or savor it. In this “punch top” innovation, Miller is effectively acknowledging that its customer base is those who drink only for volume -- and it's trying to thus convince more beer enthusiasts that speed drinking is a virtue.

The craft brewing industry, by contrast, is going in the opposite direction, trying to direct the beer-drinking population away from volume for volume’s sake. Visit a liquor store with a wide selection of microbrews and you’ll find an ever-more diverse selection of specialized offerings, from double IPAs to sour beers to barley wines. Notably, many of these products are sold in smaller sizes -- four-packs or single pint-size bombers -- making their price-per-ounce of beer far higher than the typical macrobrew. Additionally, what innovations the industry has made to beer technology tend to be fundamentally different from those of the macrobrew companies: They tend to be aimed at making the beer itself actually taste better (best example: Left Hand’s breakthrough creation of a bottled, widget-free milk stout on nitro).

In the competition for the future of drinking, both sides are obviously trying to exploit their strengths and minimize their weaknesses. The massive macrobrewing corporations are trying to take advantage of their size and corresponding ability to produce volume -- all while playing down the fact that their beers have little local character or quality. The craft brewing industry, composed mostly of independent small and medium-size businesses, know they can’t compete in a volume game, and so they are trying to promote quality and diversity. It’s a straightforward fight -- one that may seem only interesting to drinkers, but one that truly transcends the inebriation industry. It underscores both consumer shifts and questions about what kind of economy we want in the future.

Will we be a country of high volume and low quality? Or can we become an economy of quality and price premium? Whether it’s drinking, buying computers or choosing what industrial policy to support, we are in the process of answering those questions.

A Macrobrew Economy -- a high-volume, low-price model -- asks us to compete with other such economies throughout the world, and the problem is that countries like China will always have lower-priced labor, more lax environmental regulations and lower production standards to win a battle that rewards more and cheaper for more’s and cheaper’s sake. By contrast, a Craft Brew Economy -- a high-quality, lower-volume model -- is a different proposition. It follows the German model, which, as Time magazine notes, is all about being "committed to making the sort of high-quality, high-performance, innovative products for which the world will pay extra."

The choice is ours -- and it starts with the beer in your fridge.