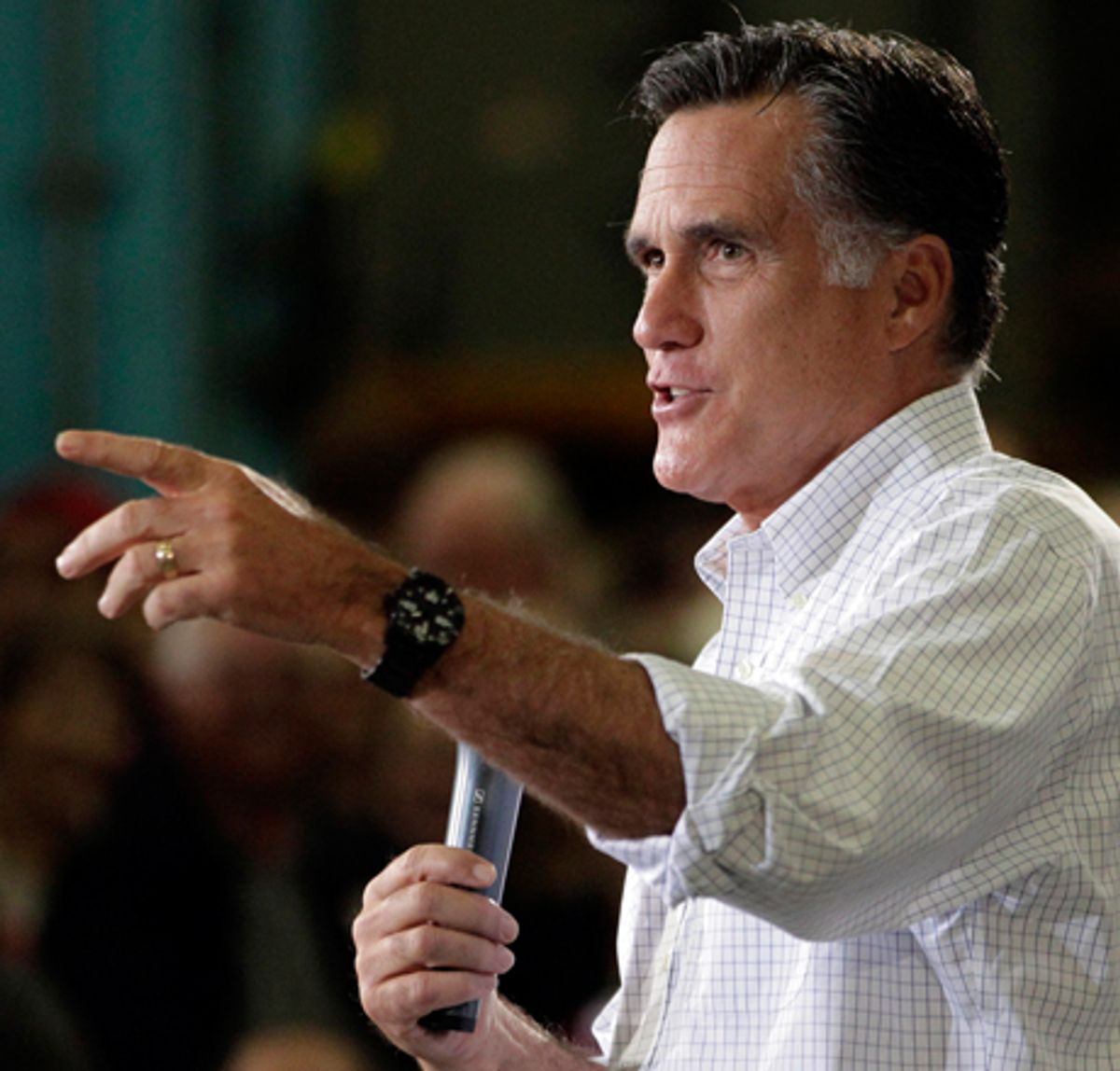 In hindsight, the last big moment of integrity for the Republican Party came when Sen. John McCain challenged an older white woman who called Barack Obama an "Arab" at an October 2008 campaign event. "No ma'am," he told her wearily. "He's a decent family man [and] citizen that I just happen to have disagreements with on fundamental issues and that's what this campaign's all about. He's not [an Arab]."

Since then, Republicans from Sarah Palin to John Boehner to Rick Santorum have had chances to slap down party members' false and ugly allegations about the president, from his birthplace to his religion to his loyalty to the U.S., and they all failed. Mitt Romney had his moment Monday, when a woman at a town hall event said Obama should be "tried for treason," and he failed too.

The moment seemed tailor-made for Romney to shake his Etch-A-Sketch and put the right-wing pandering of the primary season behind him. A woman in the crowd raised her hand and asked:

"We have a president right now that is operating outside the structure of our Constitution. And I want to know -- yeah, I do agree he should be tried for treason -- but I want to know what you would be able to do to restore balance between the three branches of government and what you are going to be able to do to restore our Constitution in this country."

Romney missed the chance for a McCain moment, simply addressing the woman's question and ignoring her charge of treason against the president.

After the rally, in response to questions from CNN, Romney replied, sounding whiny: "I don't correct all of the questions that get asked of me. Obviously I don't agree that he should be tried."

Obviously? Nothing is obvious about Romney's beliefs. He lives in fear that the GOP base will reject him like a bad organ donation. In fact, Romney's answer was almost identical to what Rick Santorum said after an audience member called Obama a Muslim: "It's not my responsibility, as a candidate, to correct everybody who makes a statement that I disagree with." Still going for the Santorum vote, Mitt?

I've said before that John McCain gets way too much Beltway credit for political courage. But credit where it's due – he did the right thing in October 2008, and Romney did the wrong thing on Monday. There's no better symbol of the GOP's slide over the last four years than its presumptive nominee's pathetic pandering.