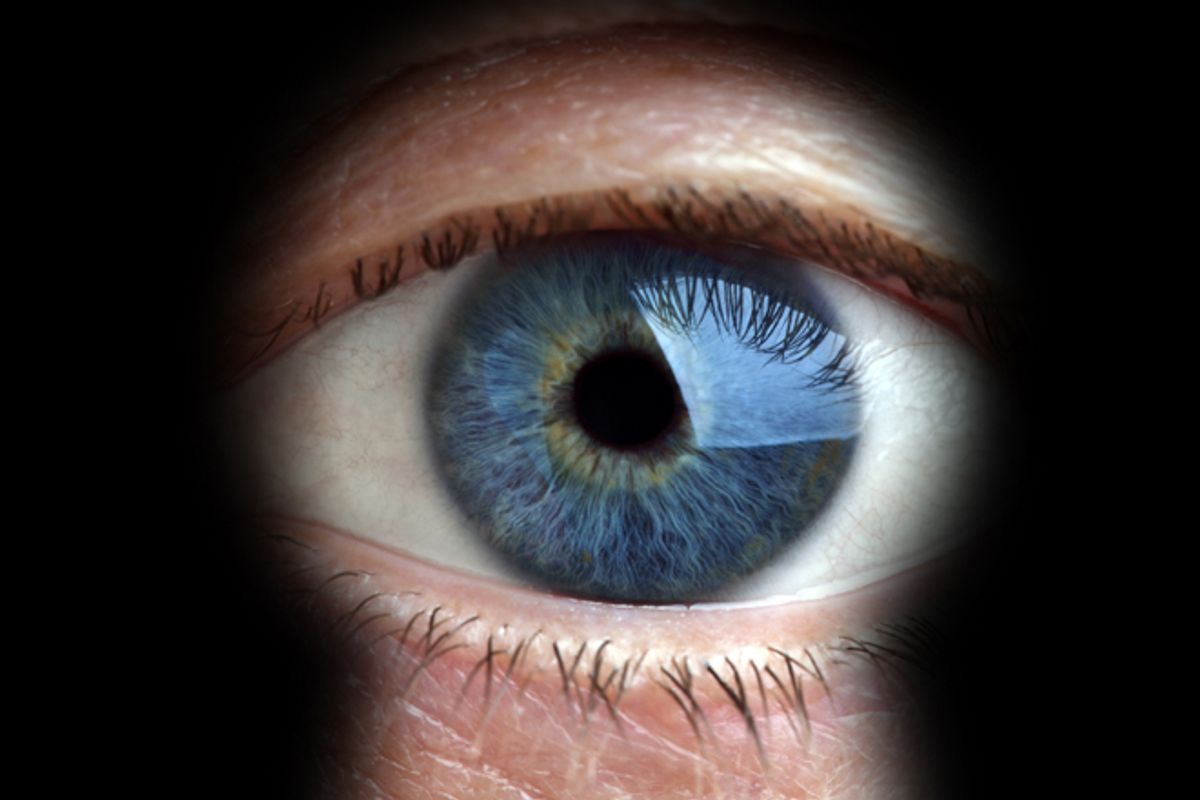 Fareed Zakaria, normally a reliable and pleasant purveyor of conventional "centrist" wisdom, has a genuinely good and surprisingly confrontational CNN column today, in which he disputes the widespread belief that America is ending its War on Terror and explains what this reflects about the American character:

While we will leave the battlefields of the greater Middle East, we are firmly committed to the war on terror at home. What do I mean by that? Well, look at the expansion of federal bureaucracies to tackle this war.

Since September 11, 2001, the U.S. government has created or reconfigured at least 263 organizations to tackle some aspect of the war on terror. Thirty-three new building complexes have been built for the intelligence bureaucracies alone, occupying 17 million square feet – the equivalent of 22 U.S. Capitols or three Pentagons. The largest bureaucracy after the Pentagon and the Department of Veterans Affairs is now the Department of Homeland Security, which has a workforce of 230,000 people.

The rise of this national security state has entailed a vast expansion in the government's powers that now touch every aspect of American life, even when seemingly unrelated to terrorism. Some 30,000 people, for example, are now employed exclusively to listen in on phone conversations and other communications within the United States. . . .

In the past, the U.S. government has built up for wars, assumed emergency authority and sometimes abused that power, yet always demobilized after the war. But this is, of course, a war without end. . . . We don't look like people who have won a war. We look like scared, fearful, losers.

What Zakaria is describing here, of course, is a permanent, sprawling Surveillance State, one that has been inexorably built over the course of six decades but which has massively accelerated under two different administrations in the post-9/11 era and which has no end in sight. Quite the opposite.

One of the reasons I loathe Election Years -- which actually endures for 18 months -- is because the vast bulk of the most consequential political issues are completely ignored by virtue of enjoying full bipartisan consensus. The transformation of America into a full-scale Surveillance State is, on every level, indescribably significant; as Zakaria put it, it "now touches every aspect of American life." Its never-ending growth results in a massive transfer of wealth from ordinary citizens to the private sector corporations which operate it; it empowers unaccountable public and private sector factions which surveil and store massive amounts of private information about the citizenry; it is conducted entirely in the dark and thus further eliminates notions of transparency and accountability; and it destroys any remnant of personal privacy, the indispensable attribute which fosters and enables creativity, dissent and challenges to orthodoxy and has thus long been viewed as the most central right, the one that anchors all the others.

But like almost all of the most consequential and destructive policies -- endless war, the Drug War, the sprawling and barbaric American prison state -- the domestic Surveillance State expands with equal fervor under both Democratic and Republicans administrations, and opposing it thus affords no partisan gain and it is therefore entirely off the table of debate. In lieu of any dispute over these types of actually consequential government policies, we instead endure a series of trivial weekly scandals that numb the brain, distract attention, and produce acrimony as virulent and divisive as it is petty.

Even for those issues that are actually significant and receive election-year attention --- such as, say, America's oligarchy and the economic policies that sustain it -- the differences are largely symbolic, just substantive enough to keep tribal loyalties high and to maintain the illusion of real choices (watch how often Obama supporters defend him from GOP attacks not by rejecting their premises but by insisting that he's adopting conservative policies). The differences which are genuinely stark -- Supreme Court choices, reproductive rights, marriage equality -- are relegated to mere sideshows, exploited as tactics for maintaining acute cultural divisions and keeping certain base factions loyal, invested, and energized.

So here we have one of America's most conventional pundits correctly warning of America's soon-to-be-irreversible transformation into a limitless domestic Surveillance State, and none of that will even be acknowledged, let alone debated, in our election. Zakaria is absolutely correct that this is the behavior of a nation of "scared, fearful, losers," but those feelings will be rectified by six more months of ritualistic, chest-beating dances over the body of Osama bin Laden and the constant hailing by Democrats of the stalwart, pulsating courage of our Commander-in-Chief for having safely sat in the White House, surrounded by layers of security greater than that enjoyed by any of history's emperors, and ordering that bullets be pummeled into the skull of an unarmed man and his corpse thereafter dumped into the ocean. That -- along with throbbing celebrations over the pile of other corpses he has produced -- will make the sensations of weakness and helplessness highlighted by Zakaria blissfully disappear.

As we learned from the bloodthirsty need for war over the last decade among America's chickenhawks (or, similarly, from the violent homophobic attacks of closeted, self-hating gay men), sensations of weakness and impotence -- the defining attributes of what Zakaria calls "scared, fearful losers" -- are typically compensated with the vicarious feelings of power, nobility and bravery that come from celebrations of state violence and other forms of risk-free aggression. Adam Smith lamented this mental affliction back in 1776:

In great empires the people who live in the capital, and in the provinces remote from the scene of action, feel, many of them, scarce any inconveniency from the war; but enjoy, at their ease, the amusement of reading in the newspapers the exploits of their own fleets and armies. . . .They are commonly dissatisfied with the return of peace, which puts an end to their amusement, and to a thousand visionary hopes of conquest and national glory from a longer continuance of the war.

Hence, the political faction that has long been derided for wimpy weakness (progressives) will spend the remainder of the year flexing self-admiringly in front of a mirror and basking in the war glory draped on them by all the deaths their leader has caused, while the country that is so petrified of its own shadow that it begs the government to monitor and surveil every last one of its communications will seize on these same deaths to feel purposeful, strong and proud. There is a direct correlation between the fear and impotence Zakaria bemoans and the fact that America's greatest and proudest achievement over the past four years is its "success" in blowing people up from the sky or summarily executing them.

When it comes to fear and passivity, America's establishment media, as usual, simultaneously leads the way and dutifully follows. Long-time journalist Edward Wasserman has a great column today in The Miami Herald castigating his media colleagues for their fearful silence in the face of the Obama administration's systematic, unprecedented attack on whistleblowing:

When President Obama addressed the American Society of News Editors convention last month, the real news was what didn’t happen. The watchdogs didn’t bark. No discouraging word from the gathering of 1,000 of the country’s top news people, facing a president whose administration has led a vigorous attack on journalism’s most indispensable asset — its sources.

Obama took office pledging tolerance and even support for whistleblowers, but instead is prosecuting them with a zeal that’s historically unprecedented . . . .

What’s behind the administration’s fervor isn’t clear, but the news media have largely rolled over and yawned. A big reason is that prosecutors aren’t hassling reporters as they once did. Thanks to the post-9/11 explosion in government intercepts, electronic surveillance, and data capture of all imaginable kinds — the NSA is estimated to have intercepted 15-20 trillion communications in the past decade — the secrecy police have vast new ways to identify leakers.

So they no longer have to force journalists to expose confidential sources. As a national security representative told Lucy Dalglish, director of the Reporters Committee for Freedom of the Press, "We’re not going to subpoena reporters in the future. We don’t need to. We know who you’re talking to" . . . .

[T]hat silence constitutes an abdication of the media’s role as a voice in shaping public policy. After all, the ultimate purpose of reporter shield laws and the defiant tradition of protecting confidential sources isn’t to make writing stories easier for reporters, it’s to ensure that publicly significant information comes to light.

If the news media publish sensitive information, fully believing it ought to be made public, how can they stand by without protest when the government punishes the people who furnished it?

Just think about that: issuing subpoenas to journalists to force them to reveal their sources is now obsolete -- unnecessary -- because the U.S. Government's Surveillance State is so vast, so comprehensive, that it already knows who is talking to whom. It now subpoenas and harasses reporters simply to force them to confirm in court what they have already learned through surveillance, but the limitless Surveillance State it has created has rendered undetected whistleblowing -- or undetected anything -- virtually impossible.

This attack on whistleblowers is directly related to the limitless Surveillance State which Zakaria denounces: for full-scale control, it's just as necessary for a government to shield its own actions from any transparency and scrutiny as it is to know everything which citizens are doing and saying. That's the one-way mirror which all authoritarian regimes attempt to construct: those in power know everything about the conduct of those who are ruled, while those who are ruled know nothing about the conduct of those in power. That's what keeps the power dynamic so imbalanced in one direction. But this unprecedented attack on whistleblowers, as obviously significant as it is, also enjoys full bipartisan support (as well as the indifference of a supremely passive media), and so it, too, will be completely ignored by the grand Election-Year clash of America's two great and oh-so-fundamentally-different political parties.

UPDATE: Obviously related to each point raised here: two separate NATO attacks in Afghanistan today reportedly killed numerous civilians, up to -- according to one report -- 20 civilians, including a mother and her five children.