When a student wins the Matthew Shepard Scholarship, the bishop steps in -- and everybody loses 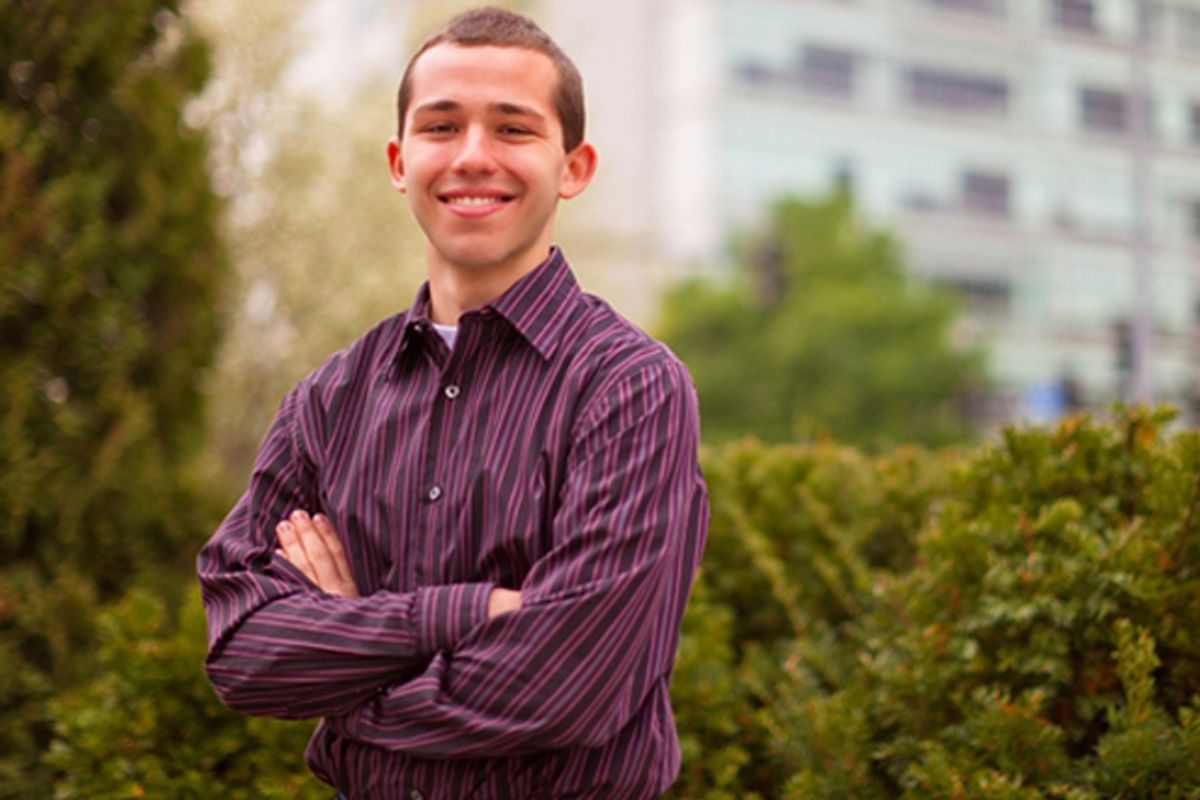 Remember last month, when the Vatican issued a smackdown to American nuns for their "radical feminist themes," like not being vocal enough about opposing same-sex marriage? Now, just to really hammer home how divisive the issue has become, a bishop in Davenport, Iowa, has vetoed Catholic school officials and said he would not permit the Eychaner Foundation to present its Matthew Shepard Scholarship to a gay senior at his high school graduation.

Bishop Martin Amos alerted the Prince of Peace school staff last week that "We cannot allow any one or any organization which promotes a position that is contrary to the teachings of the Catholic Church to present at a diocesan institution." The Eychaner Foundation describes itself as "a non-profit organization committed to promoting tolerance and non-discrimination." Tell us, Bishop Amos, exactly how that conflicts with Christianity?

The $40,000 scholarship to the University of Iowa is named in honor of gay college student Matthew Shepard, who was brutally murdered in 1998. This year's recipient, Keaton Fuller, will still be acknowledged – by a school staffer – at the ceremony. But it's a huge dis nonetheless to block the very organization that's honoring the kid from handing him his prize. And it blatantly pulls of the rug out from under Fuller, after the school board's president himself says that the presentation had already been discussed at a board meeting with no opposition.

In an open letter to the school, Fuller says that "Being the lone openly gay student in a small, Catholic school has not always been easy" but that he's been honored by the "acceptance and respect" he's received. And he says that the moment he learned he'd won the scholarship was "one of the happiest of my life." Now, however, he writes, "I have never felt as invalidated and unaccepted as I have upon hearing the news that the scholarship that I have worked so hard for not just in the application process, but also in my deportment and actions over the years, would not be recognized in the way that it should at the graduation ceremony. It is difficult to understand how after I have spent thirteen years at this school and worked hard during all of them, I would be made to feel that my accomplishments are less than everybody else’s. This whole ordeal has been incredibly hurtful, and I am even sadder that this will be one of my last experiences to remember my high school years by."

It's an articulate, impassioned plea for support and basic courtesy. Oh, and I have a letter too. It's from Jesus. It says, Bishop Amos, you're doing this wrong.

Sure, one could argue that you wouldn't expect an outpouring of gay pride at a Catholic school. But it's worth noting that Fuller's school was supportive of him, and proud of his accomplishment. It's Bishop Amos who should grok that it's called Prince of Peace for a reason. The values of tolerance that name represents are the same values that the Matthew Shepherd scholarship represents, a scholarship created in the name of a young man who died horribly simply for being who he was. And it would be a terrible shame if the last thing Fuller learned at his school was that his church is too cowardly to applaud him for being who he is.