The other “evolution” taking place 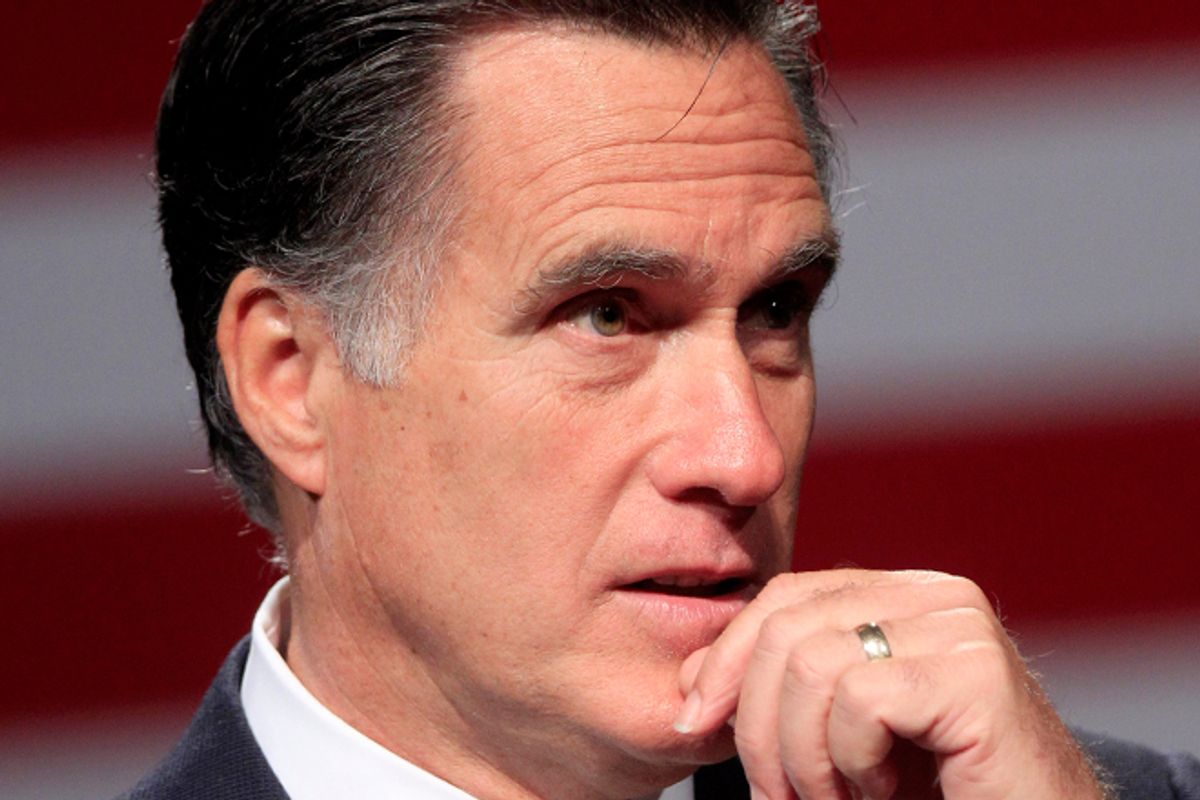 It may be that the biggest threat to President Obama in his gay marriage “evolution” is how publicly visible the process has become, with his team’s internal deliberations – all of them rooted in what’s best for Obama’s reelection prospects -- now being aired in the national media. It reeks of political calculation and encourages voters to view him as typically cynical and slippery politician.

Today, though, brought a reminder that Obama isn’t the only presidential candidate going through a cynical and transparently political evolution. Mitt Romney is doing something very similar on immigration.

At a media event this morning, the Republican National Committee’s Hispanic outreach director asserted that Romney’s views on the issue aren’t yet established. “To my understanding,” Bettina Inclan said, “he is still deciding what his position on immigration is.” Only later, after her claim was disputed by the RNC, did Inclan say that she “misspoke” and that “Romney’s position on immigration is clear.”

But it really isn’t. Romney moved far to the right on the issue during the GOP primaries, opposing the Dream Act, advocating “self-deportation,” seeming to endorse Arizona’s harsh immigration law, and playing up support he received from that law’s architect. But since emerging as his party’s presumptive nominee, he’s claimed he never actually endorsed the Arizona law, distanced himself from the Arizona law’s architect, and suggested to donors that he’ll ultimately embrace a version of the Dream Act now being drafted by Florida Sen. Marco Rubio.

Like Obama with gay marriage, Romney is torn between his party’s base and general election imperatives. The reason Romney adopted such a harsh immigration tone during the primaries is that it was the one major issue where he had a chance to get to the right of his opponents. But the positions he took and the rhetoric he employed exemplify why the GOP has such a serious problem with Hispanic voters. In 2008, they backed Obama over John McCain by 36 points, and polls show them favoring Obama over Romney by similar (or even greater) margins this time around

To have any chance of cutting into Obama’s massive Hispanic advantage, Romney needs to move to the middle on immigration, which explains why he’s backed away from some of his most extreme primary season pronouncements. So far, this hasn’t caused a revolt on the right, but the real test – when Rubio unveils his watered-down Dream Act and Romney is forced to say “yes” or “no” – is still to come.

Inclan’s comment today and Romney’s message to his donors last month (at an event that was supposed to be closed to the press but that two reporters overheard) both brought attention to the evolving nature of Romney’s immigration views, and the political motives that are at work. As with Obama and gay marriage, the public nature of the process threatens to make whatever position Romney finally lands on seem like the product of political calculation -- not a statement of personal belief.