The end of Obama’s “evolution"

The president endorsed gay marriage today. You can thank Joe Biden for forcing his hand 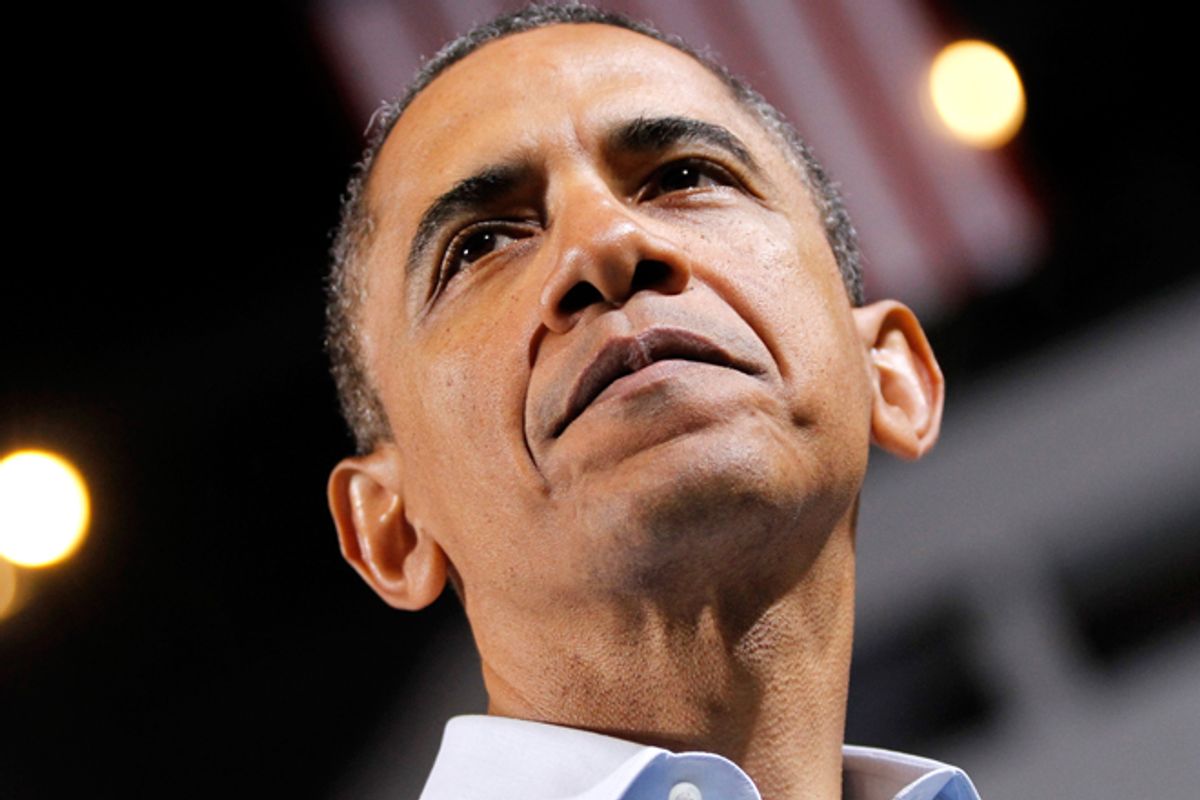 There’s no official word yet, but there are some strong signs that Barack Obama will publicly say that he supports same-sex marriage today.

The president is sitting down with “Good Morning America’s” Robin Roberts at the White House this afternoon, an interview that was apparently arranged in the last 24 hours. An ABC News spokesman tells the New York Times that it will be a “wide-ranging” conversation, but it’s hard to believe Roberts won’t press Obama to clarify his position on gay marriage – and it’s even harder to believe the White House would arrange something like this if Obama wasn’t prepared to do so.

Obama’s attitude toward marriage equality has dominated the news this week, thanks his Joe Biden’s seeming endorsement of it on Sunday’s “Meet the Press.” When the White House tried to downplay the vice president’s comments and to insist that they were entirely consistent with Obama’s position, it served to highlight just how vague Obama’s view has become – and how calculated his self-described “evolution” seems. And when Obama’s Education secretary, Arne Duncan, said on Monday that he supports gay marriage, it was a reminder of just how far behind his own party Obama was falling on the issue.

The controversy badly disrupted the Obama team’s script. They have long hoped to avoid confronting the marriage question during the 2012 campaign, believing it could jeopardize Obama’s support in swing states, and maybe even diminish enthusiasm among a small (but potentially crucial) segment of the African-American community. They hoped that by publicly saying that his views were changing and racking up a strong record on gay issues, Obama would be able to convince gay marriage proponents to look the other way until his second term.

But the Obama script was always a tough sell, if only because few people who know his history actually believe he has any qualms about gay marriage. As a state Senate candidate in 1996, after all, Obama indicated his emphatic support for it on a questionnaire, making him one of the very few (or the only?) politicians to evolve from backing marriage equality to defending “traditional” marriage. With Biden’s comments and the White House’s incoherent walk-back attempt, the press lost its patience and began pressing for a clear answer, resulting in some uncomfortable moments for press secretary Jay Carney this week. Here, for instance, was how ABC’s Jake Tapper raised the issue on Monday:

Carney had nothing to say, and there wasn’t much he could have said. When you boil it down, the Obama gay marriage strategy for 2012 has long depended on everyone – the press, Democratic activists, the Republicans – being too preoccupied with other issues to demand clarity on marriage. And it was working well enough until Biden’s “Meet the Press” appearance, which forced the White House’s deliberations into the open. Now that the world is paying such close attention, Obama will sounds like nothing more than a slippery, timid politician if he continues with his “evolving” bit.

If Obama does officially change his position today, the timing will be a bit awkward, since North Carolina – a state the president won in 2008 – just overwhelmingly approved a constitutional amendment banning gay marriage and same-sex partnerships. This is exactly why Obama and his team have been so reluctant to take a firm position on the issue. While it’s true there is now plurality and even narrow majority support for gay marriage at the national level, that support is not evenly distributed across the country. Voters in many battleground states would likely approve an amendment just like the one that passed in North Carolina.

That said, candidates whose views are at odds with the electorate on an issue or two routinely win elections anyway. A lot of swing voters in a lot of swing states won’t share his position, but if Obama does come out for gay marriage, they might at least respect him for taking a stand.