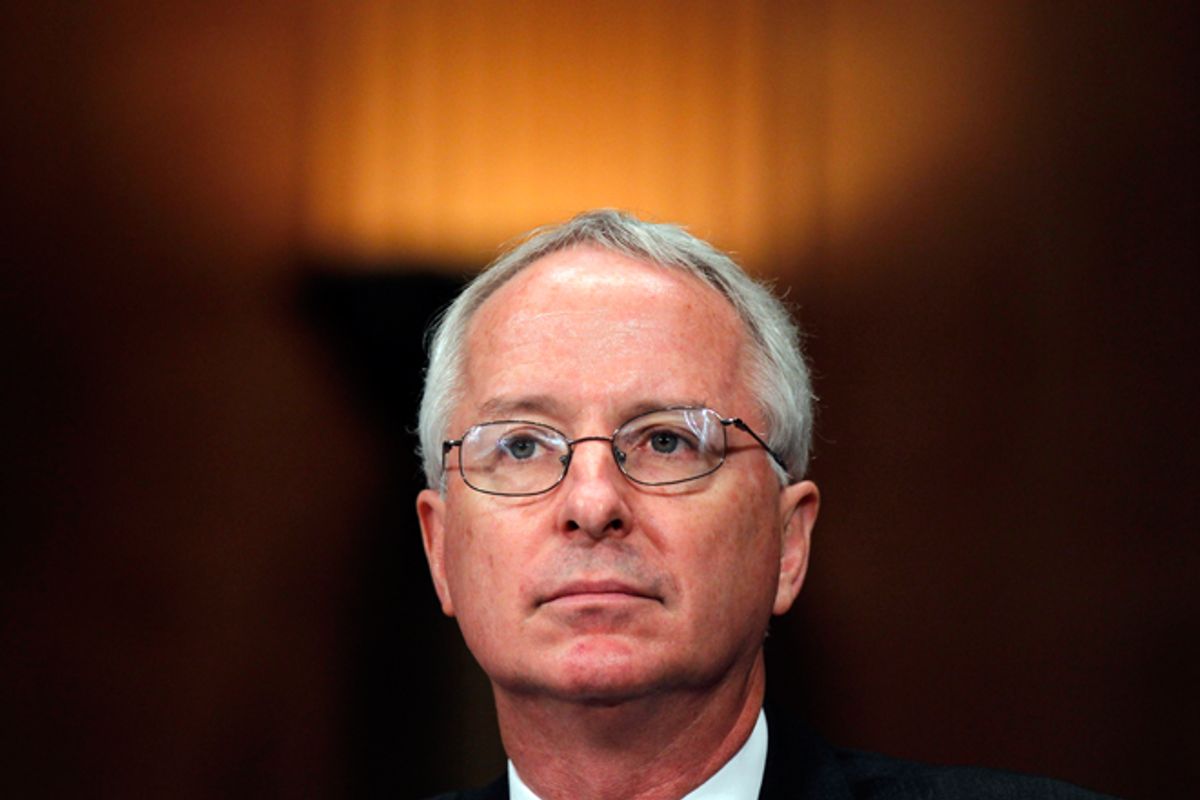 The Obama administration is escalating its public relations offensive for global drone war, even as popular opposition in nuclear-armed Pakistan imperils the U.S. government's long-standing alliance there. As the abrupt resignation of U.S. ambassador Cameron Munter calls into question the sustainability of U.S. drone attacks in Pakistan, the White House is doubling down on its policy of aerial war in Muslim countries.

After years of secrecy, denials and no comments, the Obama administration is now hastening to defend the drone war publicly. This media offensive,  launched on May 1 by White House counterterrorism advisor John Brennan, was bolstered by the release of "Letters From Abbotabad," a selection of 17 documents out of the reported 6,000 seized from the house where bin Laden was killed.

Obama's public diplomacy on drones has its uses on the 2012 campaign trail, but for U.S national security policymakers it is needed to counter the daily reports out of Pakistan that virtually everybody from the pro-American foreign minister to the Islamist right opposes the drone war. In the country's upcoming presidential election, perennial populist candidate Imran Khan is surging on the strength of his pledge to shoot down U.S. drones.

The Obama administration reinforced its narrative of effective drone war this week by confirming the story of a Saudi double agent who reportedly foiled a plot to bomb a U.S. civilian airliner with explosive undergarments. First reported Monday by the Associated Press, and amplified by the New York Times, the story reflected well on the Saudi intelligence service, which recruited the  double agent who obtained the explosive device and turned it over to the U.S. for inspection. The White House initially asked AP to delay publication of the story but once it was published, administration officials were quick to link the return of the underwear bomber to the drone war.

The Saudi double agent, U.S. officials told Rep. Peter King, chairman of the Homeland Security Committee, had  tipped off the U.S. intelligence to the whereabouts of the man who built the explosive undergarments, an al-Qaida militant named Fahd al-Quso, who was also allegedly involved in the USS Cole bombing in 2000. Al-Quso was killed by a drone-launched Hellfire missile on Sunday.

Rep. King denounced the leaking of the story as an extraordinary violation of secrecy laws, which it certainly was. The Christian Science Monitor pointed out the disclosure will hinder  the efforts of U.S. intelligence organizations to track and detect Islamic militants. Whatever the costs of the leak of the story, the benefits will redound to the Obama White House.

The administration can also cite the presumably authentic  "Letters From Abbotabad," which lend credence to the argument  that the drone war has disrupted Islamic jihadists planning to attack American civilians.

As the Guardian reported last week,

Crippling US drone attacks forced Osama bin Laden to consider withdrawing his fighters from what had previously been safe havens in Pakistan, according to newly released documents seized at the compound where the al-Qaida leader was killed a year ago.

CNN cited the "the dire impact" of the drone strikes. The Detroit Free Press said the documents showed "al-Qaida was on the run from drone attacks" while adding that the refusal of the Obama administration to release a fuller record of its bin Laden collection, makes it "difficult to glean any larger truths about the state of his organization.

The documents show that bin Laden, holed up in a safe house in the city of Abbotabad, heard from allies along the Afghanistan-Pakistan border that the U.S. aerial war was making their lives miserable.

Our Waziristani brothers, for example, said that they were frankly exhausted from the enemy’s air bombardments. The enemy has been given almost a worldwide approval to violate the air space of other countries and to attack anyone whom it views as its enemy.

At one point bin Laden recommended that the group's leaders be moved out of North Waziristan where the vast majority of U.S. drone attacks have occurred to "a faraway location." If the experienced leaders in the region were killed, Bin Laden said

But if you're going to accept the letters at face value, what about bin Laden's assertion that the drone war had done nothing to forestall the failing U.S. effort in Afghanistan? Shortly before his death he wrote

Anyone who looks at the enemies in NATO, especially America, will know that they are in big trouble. This year has been the worst year for them in Afghanistan since they invaded it. The number of their dead has never been this high according to their own reports. Their financial crisis continues. Britain has lowered is defense budget and America is reducing the budget of the Pentagon. Anyone who knows the world and knows politics, knows that it is impossible for them to continue with the war.

His observations are hard to dispute. Some things are true even if Osama bin Laden says them.

And that's the paradox of the U.S. drone war in Pakistan: since 2009 military success has reliably correlated with political failure. As drone attacks have made Americans safer, they have also generated more enemies. This approach is flailing but the Obama administration is determined to defend it.