For once, the president who ran on a platform of hope and change lived up to his ideals 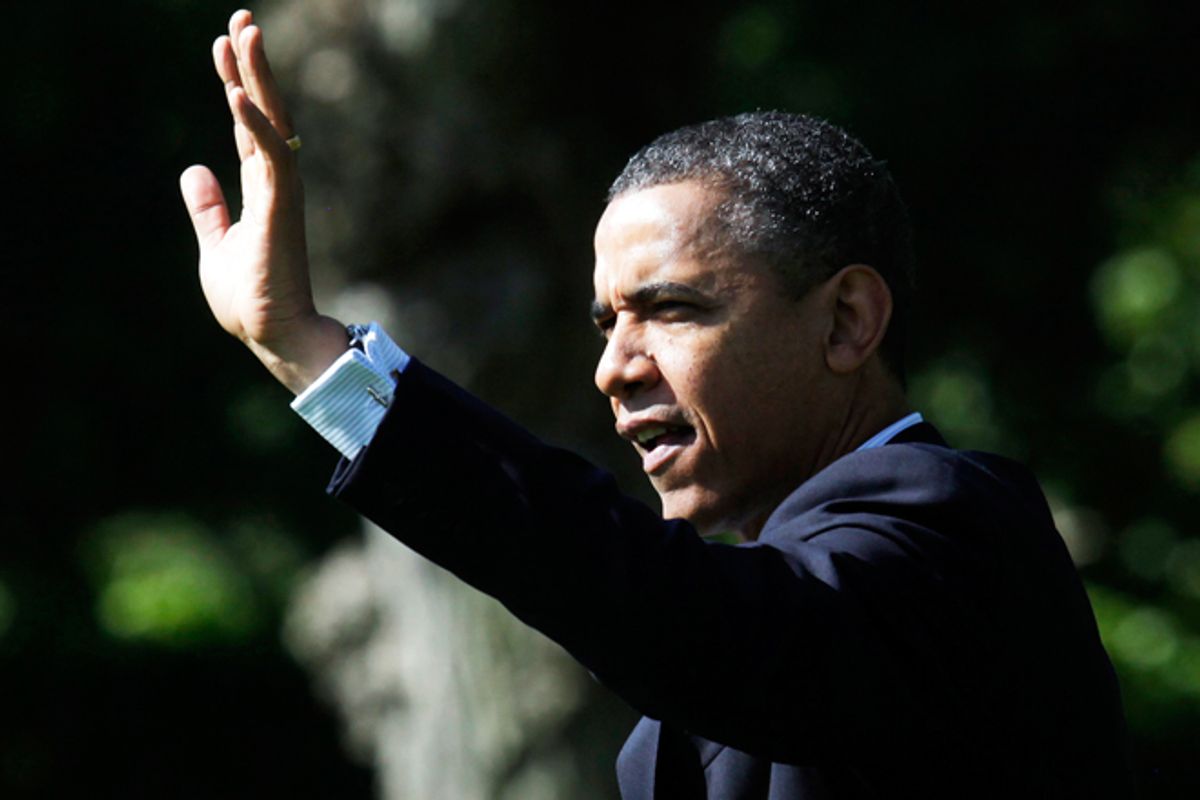 On Wednesday, the real Barack Obama stood up. He is a better man and a better president for having done so. And America is a better country.

Homophobia is the last refuge of open bigotry in American life. Racism, anti-Semitism and misogyny still exist, but they lurk in the shadows. It is no longer socially acceptable in any segment of society to openly say that blacks are violent or Latinos are lazy or Jews are grasping or women are genetically inferior. But it is still acceptable to say the crudest and most hate-filled things about gay people. In his 1999 book “One Nation, After All,” sociologist Alan Wolfe found that Americans were remarkably tolerant and open-minded about every controversial subject except one: homosexuality. Attitudes toward gays have become far more enlightened during the last 13 years, but Wolfe’s findings touch on a profound social reality: Many Americans still feel gays are somehow unacceptable, or scary, or immoral, or just different in some way that makes it acceptable to discriminate against them and/or openly disparage them.

That does not mean that all of the North Carolinians, for example, who voted Tuesday for an amendment outlawing same-sex marriages are homophobes. Many of them simply believe that marriage should be restricted to heterosexual couples because that’s the way marriage has traditionally been defined, and they believe that defending tradition as important. But their personal views have become irrelevant. The fact is that same-sex marriage has become a national civil rights issue, and as such, it has enormous symbolic importance. To simply stand on the sidelines and not take a position on it, as Obama tried to do until Wednesday, is to tacitly accept that gay people are second-class citizens. This narrow, legalistic approach to gay marriage only encourages bigotry and stands in the way of needed progress. It was necessary for Obama to take a risk – and take a stand.

I did not think he would do it. But he did.

Obama dislikes conflict, and he dislikes risk even more. Some of that is both understandable and justifiable. Politics is the art of the possible. You have to get elected to get anything done. And to get elected, or reelected, you have to make compromises. That is why Obama hid behind the transparently false excuse that his views on same-sex marriage were “evolving.” He wanted to avoid a hot-button issue that could potentially cost him the election.

To be sure, that was a questionable political tactic. Advocates argued that Obama faced little political risk in endorsing same-sex marriage because the social conservatives for whom this issue is crucial were not going to vote for him anyway. Moreover, they argued that the number of swing and independent voters the president would lose would be more than made up for increased turnout among his supporters.

Those arguments may be correct – but they may not be. We just don’t know. North Carolina is a swing state. It just voted to ban same-sex marriage. It is indeed possible that Obama will lose the election because he took the opposite position.

It is no secret that Obama has sorely disappointed his most ardent supporters. Throughout his first term, he has consistently refused to do anything truly politically risky. He spoke of fundamentally changing the rules and culture of Wall Street – then stood by as the same looters who destroyed the economy gamed the system. He talked up a progressive reform of healthcare – and ended up with a watered-down version of a Republican idea. He announced a bold stimulus package – then made it too small to be fully effective. He gave the best speech about the Israeli-Palestinian crisis ever given by an American president – then caved in to the Israel lobby. And so on.

But there are times when pragmatism must take a back seat to principle. And to his undying credit, Obama decided that this was one of them. He decided that it was more important for him, the leader of the United States, to stand up and defend the rights of an abused minority group, than to accept the unacceptable status quo.

We don’t know why he decided to take the risk. A cynic – or perhaps a realist – might simply say that he decided there was no risk, that most Americans would stand with him on this issue. But I prefer to think of his decision as being at least in part shaped by the two most crucial, and inseparable, parts of his identity: his blackness, and his profoundly inclusive ideals. As president, Obama has never played the race card, never asserted his racial identity in any significant way. This reticence is both politically astute and deeply grounded in Obama’s own sense of what race means – and does not mean. For Obama, race matters – but paradoxically, it matters precisely because it offers all of us, black or white or brown or yellow or red, an opportunity to transcend it. In that regard, Obama is a true child of the civil rights movement. The men and women who struggled and died at Selma and Birmingham and Little Rock and Neshoba County are his heroes, and he was not going to betray their memory. That’s bedrock for him.

What happened yesterday is that Barack Obama, as flawed and brave and human as the rest of us, just struck his own bedrock. And the sound of that pick hitting stone brought tears to my eyes.

But they did not. Those people – leaders and ordinary citizens alike -- took the risk. They did the right thing. And history will remember them, and honor them, when the pragmatists and calculators have long been forgotten.

The night before he was shot, Martin Luther King Jr. seemed to prophesy his own death. “But it doesn't really matter with me now,” he said. “Because I've been to the mountaintop … And I've seen the Promised Land. I may not get there with you. But I want you to know tonight, that we, as a people, will get to the Promised Land. So I'm happy, tonight. I'm not worried about anything. I'm not fearing any man. Mine eyes have seen the glory of the coming of the Lord.”

Obama could lose the presidency because he stood up for the rights of gay Americans. But if he does, for the rest of his life he can look back and know that when it counted most, he did the right thing. That is something no one can ever take away from him. Or from the American people.