What kind of infrastructure do we really need? 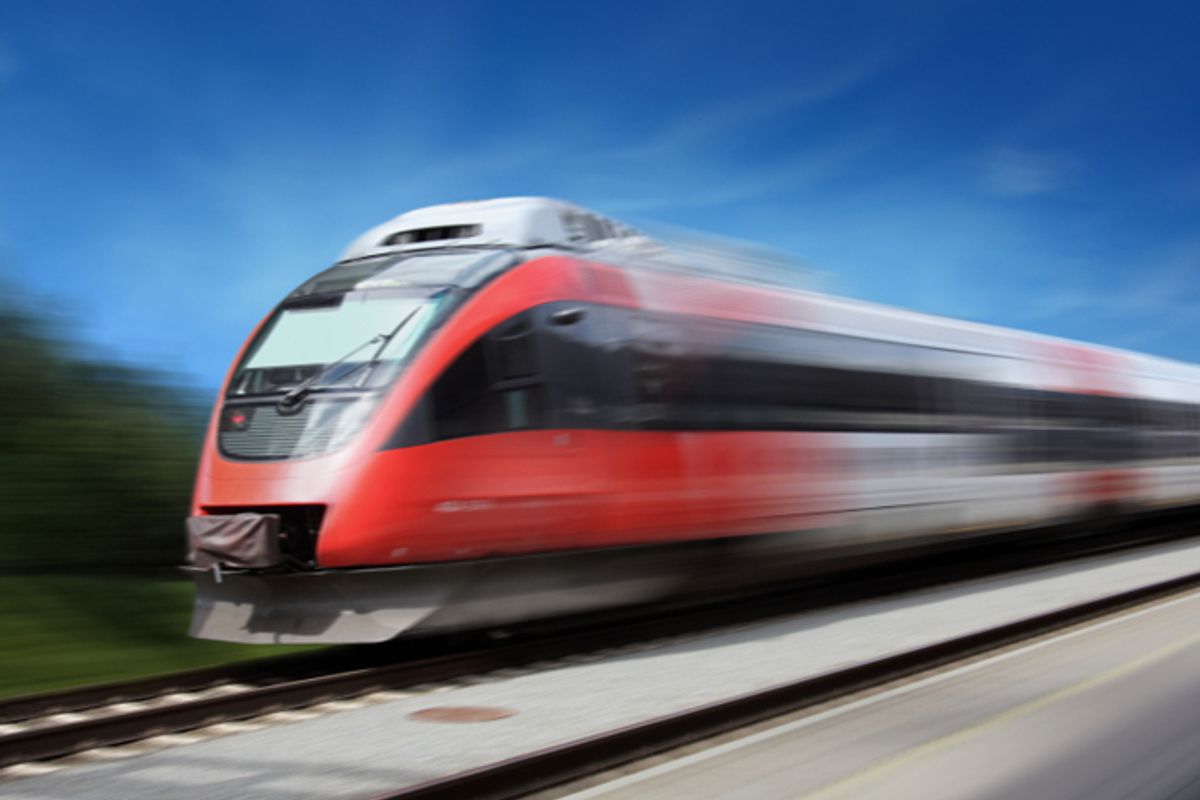 The need for public investment in American infrastructure should not be a partisan issue.  But the capture of the Republican Party by free market fundamentalists and neo-Confederate localists has led to the identification of the infrastructure issue with the Democrats.   The progressive case for infrastructure investment is compelling on many levels.  In the short term, it can put unemployed capital and labor to work, while enhancing the long-term productivity of the economy, by reducing the costs of transportation and telecommunication and energy.  And leaders of the center-left including President Obama have been convinced by the case for a National Infrastructure Bank that removes decisions about the funding of projects of national significance from the petty politics of congressional earmarking, while tapping private capital markets for public purposes.

Unfortunately, the case for infrastructure investment has suffered from the lack of a plausible vision of the next American infrastructure.  Unlike in the 1860s, when the transcontinental railroad caught the public imagination, and the 1950s, when the interstate highway system symbolized a promising future, the present day lacks a consensus about what America’s future infrastructure should be.

To the extent that there has been a consensus about future infrastructure, it has been mistaken.  Until recently, much of the public, particularly to the left of center, was enthralled by a vision of a new infrastructure based on renewable energy and mass transit, symbolized by videos of iconic high-speed trains whizzing past equally iconic white windmills.  This vision was uncritically accepted by the Obama administration and many Democrats in Congress.  The idea that the U.S. could transition quickly from fossil fuels to renewable energy sources like wind power and solar power inspired many liberals to support artificially rigging markets in favor of renewable energy by methods like cap-and-trade and renewable energy standards that force working-class consumers, via utility, to buy expensive power from uneconomical wind, solar or biofuel sources.  And for a brief moment in time, the center-left in the United States was entranced by the mirage of a continental high-speed rail system.

The on-going shale gas revolution has been devastating to the conventional progressive vision of infrastructure.  By turning previously-inaccessible natural gas resources into accessible reserves in the U.S. and around the world, hydraulic fracturing (“fracking”) has made it likely that the ages of coal and petroleum will be succeeded by an age of low-cost methane.  While anti-fracking activists have sought outright bans on the new technology, more thoughtful environmentalists have welcomed natural gas, which emits far less CO2 than coal or oil, as a lower-carbon bridge to a zero-carbon future based on solar or wind or nuclear energy.   Environmentally-responsible exploitation of shale gas has been embraced by the Obama administration.

Instead of a bridge to a future based on renewables or nuclear energy, however, shale gas may be a torrent that washes those energy alternatives away, for decades or generations, by making those alternatives too expensive by comparison.  Even a carbon tax designed to phase out the use of coal in electricity generation would probably end up favoring cheap, abundant natural gas as coal’s replacement, not solar, wind or nuclear energy.  The government should continue to fund R&D in different energy technologies, but the hope that we will be getting much of our energy from those little white windmills in the near future now looks quaint.

As the white windmills fade from the picture of the future, so do the bullet trains speeding past them.  Even before the end of President Obama’s first four years, unrealistic fantasies about high-speed passenger rail had collapsed.  Federal funding for high-speed rail demonstration projects has been minuscule and symbolic.  State and local governments continue to conclude that the costs of high-speed passenger rail outweigh the alleged benefits.

In the longer run, robocars may be fatal for fixed-rail transportation, at least for passengers rather than freight.  Google has been test driving self-driving cars in California and Nevada has become the first state to legalize driverless vehicles.  No doubt it will take several decades for safety issues and legal arrangements to be worked out.  But high-speed trains might find competition in high-speed convoys of robot cars on smart highways, allowed higher speeds once human error has been eliminated.  And the price advantage of subway tickets over taxi fares in cities may vanish, when the taxis drive themselves.  Point-to-point travel, within cities or between them, is inherently more convenient than train or subway journeys which require changing modes of transit in the course of a journey.  Thanks to robocars, much cheaper point-to-point travel everywhere may eventually be cheap enough to relegate light rail and inter-city rail to the museum, along with the horse-drawn omnibus and the trans-atlantic blimp.

If windmills and bullet trains symbolize yesterday’s mistaken vision of the future, what kind of infrastructure will twenty-first century America really need?  The following list of possibilities is intended to be suggestive, not definitive:

Pipeline networks.  By their nature, underground pipelines are not visible, so they do not serve as dramatic icons of technological progress.  But taking advantage of the cheap and cleaner energy provided by shale gas will require an expansion of the existing natural gas pipeline network.

In the decades to come, fresh water is likely to become ever more important—for human consumption, for agriculture, for energy, including fracking, which relies heavily on water, and even for cloud computing and Internet communication, which require heat-generating servers to be kept cool.  The build-out of natural gas pipelines may be accompanied by a build-out of freshwater pipelines, funneling water from water-rich regions, aquifers or even desalinization plants.

Ports.  If the U.S. is to enjoyed a healthy recovery from the Great Recession, it must end its reliance on debt-enabled consumption of imports and export more—more manufactured goods, more commodities, more energy.  Even if manufacturing becomes more localized, thanks to the new technology of 3-d printing or additive manufacturing, international trade will be more in raw materials for industry than in finished products, but the need for bulk transport of cargo will remain.

Lowering the costs of international shipping further will require the deepening of numerous American ports so that they can receive colossal “post-Panamax ships” that will take advantage of the widening of the Panama Canal by 2014.  Inland ports away from the coasts can take advantage of the overflow of business from coastal megaports, serving as transshipment centers and stimulating infrastructure-driven growth in America’s hinterlands.

Truck-only lanes and congestion relief tunnels.  These ideas have been explored by the Reason Foundation’s Robert Poole.  Truck-only lanes or truck-only highways would siphon truck traffic away from heavily-travelled highways, reducing the risks to ordinary drivers—and reducing their incentive to seek safety in big muscle cars and trucks.  http://www.internationaltransportforum.org/jtrc/discussionpapers/DP200924.pdf
Truck-only lanes could be built with natural gas filling stations to encourage a shift from gasoline to natural gas in transportation.  Congestion relief tunnels http://reason.org/news/show/congestion-relief-toll-tunnels would avoid controversies about widening surface roads by taking cross-town traffic underneath cities.

Drones on the home front.  Unpiloted aircraft have been developed, like other technologies, first by the military.  Their initial use has been in the legally ambiguous and ethically troubling realm of extra-judicial assassinations.  The technology no doubt will find more benign civilian uses—say, package delivery drones.  As with robot cars, so with flying drones the major obstacles to deployment are likely to be legal.  Who will be liable when the drone carrying your Christmas present accidentally crashes into your chimney, like a drunken Santa Claus?

As the ill-fated vision of bullet trains and windmills shows, all visions of the future are tentative and must be constantly revised, in the light of new breakthroughs or political and economic realities.  Even so, at least some of these infrastructure technologies are likely to play an important part in the economy of tomorrow.  The next era of American politics may belong to the movement or the party that promotes the real infrastructure of the future instead of the fantasy version.