Behind the underwear bomb 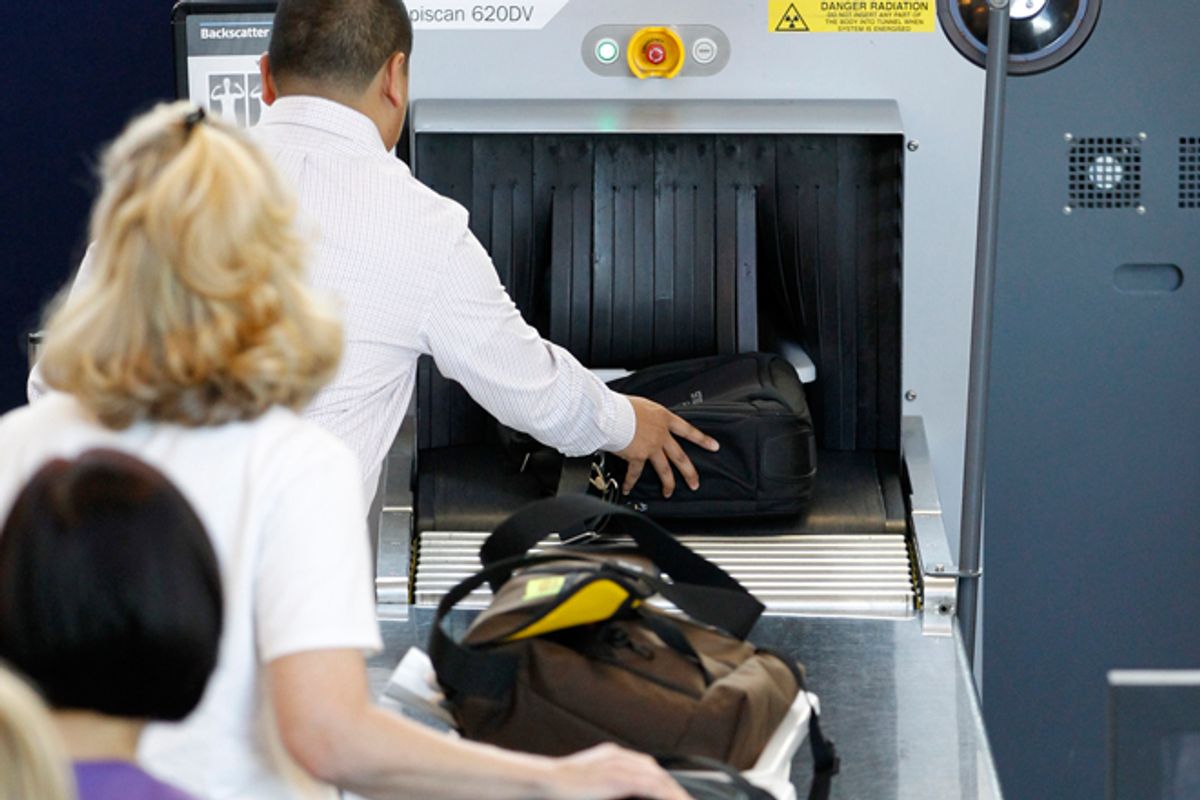 Another deadly plot taken down in the planning stages. This time, thanks to the work of a CIA double agent, officials were able to infiltrate a Yemen-based al-Qaida plot to destroy a U.S.-bound jetliner using a nearly undetectable underwear bomb.The moral of the story: Airport security works!Am I being facetious?  Not necessarily.  It depends on your definition of airport security.

In my mind, the key to keeping airplanes safe is, and always has been, stopping acts of sabotage while they are still in the planning stages. Here in the age of the TSA checkpoint, with its toothpaste confiscations and obsession with pointy objects, we tend not to think this way, preoccupied instead with a kind of airport Kabuki -- the tedious, fanatical screening of passengers and their carry-ons. Real airport security takes place offstage, as it were. It is the job of the folks at the CIA and the FBI, working together with foreign authorities. And while TSA has an important role here too, we can do without the spectacle of airport guards rifling through innocent people's bags in a pathological hunt for what are effectively harmless items.

The concourse checkpoint needs to be there.  Just the same, chances are good that once an adversary has made it to the airport, he or she has engineered a way to outwit the system.  And spend as we might, there will always be a way to outwit the system.  "Even if our technology is good enough to spot it," said California Rep. Adam Schiff, commenting on the news of the latest underwear plot, "technology is still in human hands and we are inherently fallible."

That's one of the smartest things I've heard a politician utter in some time.

Getting a handle on this takes us all the way back to Sept. 11, 2001, the day that everything, and yet really nothing, changed.  I've said this before, but it bears repeating: Conventional wisdom holds that the 19 hijackers exploited a weakness in airport security by smuggling box cutters onto four Boeing jetliners. But conventional wisdom is wrong. What the men actually exploited was a weakness in our mind-set -- a set of presumptions based on the decades-long track record of hijackings and how they were expected to unfold. (In prior years, a hijacking meant a diversion, perhaps to Havana or Beirut, with hostage negotiations and standoffs; crews were accordingly trained in the concept of “passive resistance.”) The presence of box cutters on 9/11 was merely incidental. The men could have used almost anything -- a deadly sharp can be fashioned from a broken first-class dinner plate or a ballpoint pen -- particularly when coupled with the bluff of having a bomb. The success of their plan relied not on hardware but on the element of surprise. It wasn't a failure of airport security that allowed those men to hatch their takeover scheme. It was a failure of national security -- a breakdown of communication and oversight at the FBI and CIA level.

To put it succinctly: The success of the 9/11 attacks had almost nothing to do with airport security at all -- a great and painful irony, of course, to any passenger forced to endure the checkpoint rigmarole in 2012.

Not that frontline guards don't play a deterrent role.  And, in the opinions of some, the plot uncovered in Yemen underscores the value of full-body scanners -- those controversial walk-through machines that allow guards to look beneath a passenger's clothing. It's a compelling argument, but the way in which these scanners have -- and have not -- been deployed is apt to make some of us cynical. For instance, the vast majority of body scanners are found at U.S. domestic airports. Overseas, where a bomb is far likelier to originate, they are rare. Is this really about safety, we wonder, or is it about billions of dollars going into the coffers of the companies contracted to build these machines?

And although the scanners are effective, where does the arms race end?  Not long ago, the idea that passengers would be marched through body scanners and photographed naked before being allowed to board an airplane, would have seemed outrageous. Yet here we are. What might be next?  The stubborn truth is, we can turn airports into fortresses if we want (in some respects we're well along that path), yet we'll never be entirely safe. Airport screening alone, no matter how thorough, how expensive, and how technologically advanced, will never defeat a relentless enough, resourceful enough adversary intent on downing a plane.

That isn't capitulation, it's reality.  And acknowledging this reality would go a long way toward warding off panic and overreaction when the next successful attack occurs.

Regrettably, too, we often forget that commercial air travel has long been a target of terrorist extremists.  The 1970s and 1980s in particular were, as I like to describe them, a Golden Age of Air Crimes, comparatively rife with bombings, hijackings and other deadly assaults against airplanes and airports. Over one five-year span between 1985 and 1989 we can count at least six high-profile terrorist attacks, including the horrific bombings of Pan Am 103 and UTA 772; the bombing of an Air India 747 over the North Atlantic that killed 329 people; and the incredible saga of TWA Flight 847.  And let's not forget what might have been, such as the so-called “Project Bojinka,” the 1994 scheme masterminded by Ramzi Yousef (nephew of Kalid Sheikh Mohammad), in which impossible-to-detect (at the time) liquid explosives were to be used to simultaneously destroy a dozen U.S. airliners over the Pacific Ocean. Fortunately the plot unraveled and Yousef was arrested.

While we can argue, quite persuasively, that many of the current-day security measures have done little if anything to make us safer, we've nevertheless introduced measures that have been useful and effective, from explosives screening of checked luggage to the sorts of trans-border partnerships that broke up the most recent plot from Yemen. Whether in spite of, or because of, the attention we've lavished on All Things Terrorism, the past decade has seen fewer attacks against commercial air travel than any since the 1950s.What we need to remember, though, is that our success has had more to do with the security measures we don't see than those taking place in plain view. And if our luck is to hold, we need to better rationalize and streamline our entire approach to airport security. For instance, if we're going to have those body scanners, let's put them where they're needed. If this requires negotiating with foreign authorities whose airports are beyond TSA's jurisdiction, so be it. Meanwhile, here at home, TSA's one-size-fits-all approach, in which every single person who flies is seen as a potential threat, is simply unsustainable in a country where close to 2 million people fly daily. Things like taking snow globes from children, haggling over tiny container sizes, or confiscating a dessert fork from a uniformed, on-duty airline pilot (it happened to me) serve no useful purpose whatsoever. On the contrary, they divert valuable time and resources away from the things that could make us safer.  Let's scale back that concourse Kabuki and retrain guards in the finer points of a more sensible, risk-based assessment of passengers and their belongings.

And lastly, if only as an aside, let's behold for a moment the term "underwear bomb."  That was the operative phrase in literally hundreds of articles and broadcasts over the past several days, and nowhere did it raise a snicker.  What does it say about our country, I wonder, that such a preposterous expression is instantly understood and effectively taken for granted?