"Parks and Rec," "30 Rock" and "Parenthood" sneak through for another year. Why do we get so anxious over TV shows? 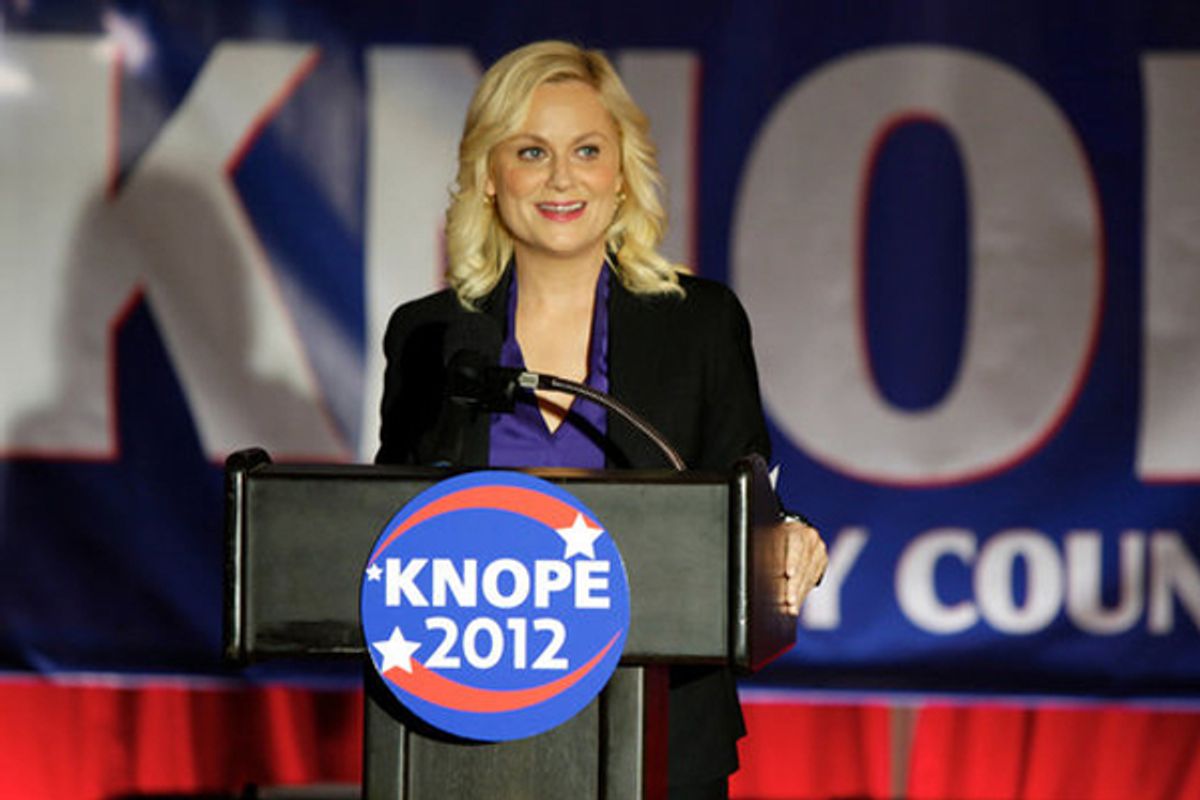 Amy Poehler in "Parks and Recreation"
--

It’s that time of the TV year, when I find myself humming “Dayenu” all day.

The “Dayenu” sentiment, the knowledge that something really would have been enough while simultaneously not being enough at all, is all around this week as the major networks decide what series they’re keeping and canceling in preparation for next week’s upfronts, the yearly presentations they make to advertisers in which they unveil their new shows and schedules. To make room for all the new shows, the networks have to ax some old ones, decision-making that can be painless — as when, earlier this week, Fox decided not to renew “Alcatraz” or “The Finder” — or infuriating and nerve-wracking — as when NBC took its time picking up “Parenthood,” “30 Rock” "Parks and Recreation" and “Community."

If it seems ridiculous to compare the parting of the Red Sea to getting a fourth season of “Community,” well, yes, it is ridiculous. As disappointing as it would be not to see new episodes of  "Parks" or “Community,” or ABC’s “Happy Endings” (which is still in limbo) ever again, these series have already aired more episodes than “Freaks & Geeks” or “Arrested Development” did, truncated TV series that are still perfectly satisfying, hugely influential, and really fun to watch, over and over again, on DVD. There has been enough.

But if there's nothing logical or reasonable about the Dayenu mentality when it comes to TV, there is something emotionally intuitive about it and the “sure, there have already been enough episodes to make for a really sick DVD box set of this series, but there needs to be more” feeling. And it’s that you can have enough TV, but you can’t have enough of some people, even if they happen to be stuck in TV shows. Underlying all the gruff, screechy bluster about how idiotic NBC or ABC would be to cancel beloved series isn’t anger, but attachment. We audience members don’t know what next year’s episodes will be like, but we do know they’ll have certain characters in them, characters who have never, ever asked us how we’re doing, but who we have invested lots of time and caring into nonetheless.

On last night’s episode of “Parks and Recreation,” Leslie Knope achieved her lifelong dream of getting elected to public office. It would have been a great ending to the series, until one starts to imagine all the things Leslie would do with her new job. Then the ending, good as it was, didn’t seem like enough anymore.