Their moms were crazy about me

My boyfriends' mothers just knew I was The One. Too bad their sons didn't agree 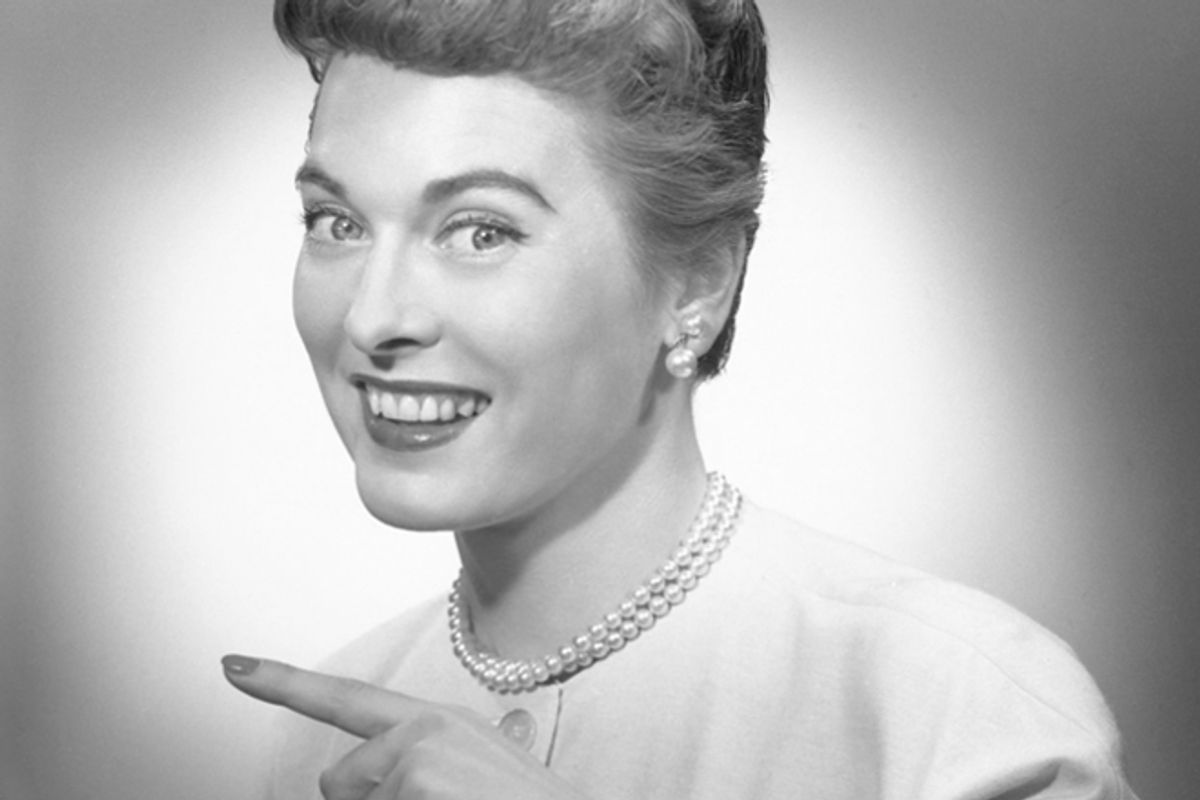 Judy’s warm brown eyes sucked me right in. Her son David and I had only been dating four months, but that didn’t stop me from falling for her hard. I was 30, and still reeling from my parents’ recent divorce and the fact that my mom had just moved five floors above me on the Upper West Side of Manhattan. I practically went from shaking Judy’s hand to curling up on her lap in a fetal position. I didn’t feel like a grown woman meeting my boyfriend’s mother. I felt like a kid calling shotgun, desperate to claim a seat at her table.

Over the next five years, I got that seat. I spent Hanukkahs, Passovers, even Purims in Judy’s plant- and music-filled home in Amherst, Mass., my picture hanging on her fridge alongside her children and grandchildren. To her, I was a done deal. I was family. To David, not so much.

After thousands of dollars spent on couples therapy, David still couldn’t make up his mind about me. He kept saying he “wanted to want to marry me.”

“What did I do wrong?” Judy asked me one day, in a stolen, private moment, not understanding why David was unable to commit to me.

I wished I understood. I wanted to blame his ambivalence on something specific. Yet the truth was he didn’t love me enough to make me his wife, and her love wasn’t enough to change his mind or heart.

When David and I broke up, Judy sent me a handwritten note in the mail telling me she was so very sorry and that she wished me everything I wanted for myself. And with one last “Love, Judy,” my picture was no longer hanging on her refrigerator. I no longer had a place at her table. I was no longer part of her family.

My mother, who by this time had moved to a house in Connecticut, came to live with me for a week. She yanked David’s nightstand and lamp from the wall and pushed my bed up against the window, so I wouldn’t be reminded of where he used to sleep. We repainted my living room, ordered in sushi, and she held me as I cried. Then my father invited me down to Florida. He took me out to expensive steak dinners and let me sleep late. We spent hours watching "Planet Earth" until I couldn’t think about anything other than stalactites and snow leopards. I was grateful to both of them for being there for me, but it didn’t erase a nagging aloneness I felt deep inside, the pain I still harbored over their divorce, over our broken family. I was 35 and mad at myself for still being hung up on a long gone childhood home. It was time for me to create my own home, start my own family. I just didn’t know how to do it.

All I knew is that I didn’t want to spend another five years with another mixed-message guy, only to get a “Dear John letter” from another almost mother-in-law. But like a crackhead who can’t shake her habit no matter how hard she tries, I was a goner the second I stepped foot into Susan’s kitchen.

Paper turkeys and streamers were strewn everywhere. Her house smelled of chocolate babka and apple cider. I could call this place home, I thought, sitting down, not wanting to get up.

It was only my sixth date with Jason. But it seemed longer since we’d spent four years of high school together and had been Facebook friends for the past year. I knew I shouldn’t get too excited, but the fact that he had invited me home for Thanksgiving and that I was meeting his mom so early on made me feel special, like he was really considering me as someone he could spend his life with. When he invited me back for Hanukkah a few weeks later, and my picture was hanging on the fridge, I knew I was in.

Susan and I spent hours in her kitchen frying latkes, bonding over how we both give too much and have short necks. She even confided in me that she had never seen Jason so happy. This was the real deal.

Jason and I didn’t end up making it past New Year's.

Instead of a note, Susan picked up the phone. “It’s not you,” she said. “You’re wonderful, perfect, beautiful.” She was a poet, and explained to me that a poem isn’t possible if the writer isn’t open to the words in the ether. “I’m sorry Jason isn’t open to the poem.”

I dropped my head into my hands as soon as we hung up and burst into tears. I couldn’t believe I had let this happen. I had once again mistaken a mother’s love for the love of her son. I clearly had a problem and could not be trusted around mothers.

I should have been happy when Ethan didn’t introduce me to his mother immediately. He told me he wanted me to himself for a while before bringing me home to meet the family. But after six months of dating, I found myself fiending. When would I get to sit at Rena’s table? When would I see myself hanging on her fridge?

Rena, Ethan and I made plans to meet up for breakfast around the corner from me on the Upper West Side. I wore my favorite navy blue sweater and made sure to blow-dry my hair. I wanted to look pretty for her.

As we sat in a booth eating overcooked eggs, Rena told me about the Holocaust museum where she worked. I told her about the eighth grade girls I counseled on Fridays. Ethan made jokes.

Then the subject of our future came up.

Rena looked at me directly, and said,  “I’m waiting to love you.”

I almost choked on my toast.

Judy and Susan flew to mind. There had been no waiting with them. Just full on, “Let’s do this!” Then I thought back to something David had said at the end of our relationship that I never understood. “I feel like we’re more brother-sister than lovers.”

Sitting speechless in this poorly lit diner, something clicked.

David was right. By slipping into daughter role with his mother, I had become one of the kids. And while that felt good, to be part of a cohesive family, to feel like I fit in, I wanted to be a wife, not a daughter-in-law or sister.

Rena somehow knew this, that her love and approval couldn’t influence her son -- and that if we had a shot, she should stay out of it.

I wanted to hug her and thank her for doing the thing I couldn’t do all these years: Wait, see and then fall.

Last May, Ethan and I exchanged vows under a brightly colored Chuppah that Rena had spent hours sewing together for us. But it wasn’t her love that got me there. It was Ethan’s.

As I stared into my soon-to-be husband’s warm blue eyes, smiling so wide my cheeks hurt, surrounded by a patchwork of friends and family, I no longer felt like a displaced kid looking for a seat at someone else’s table. I felt like a woman being claimed by a man.

Ethan made me his wife. And now, at almost 40, I am hoping he can make me a mother too. Our fridge is waiting.

Kimberlee Auerbach Berlin’s memoir, "The Devil, The Lovers & Me: My Life in Tarot," was published by Dutton in 2007. She teaches memoir and humor writing for continuing education programs including Mediabistro, UCLA Extension, Gotham Writers’ Workshop and has a growing private client base. For more info: www.kimmiland.com..