New Yorker profile? No, thanks

It's an honor to be the subject of a long, flattering, well-written New Yorker piece. It is also the kiss of death 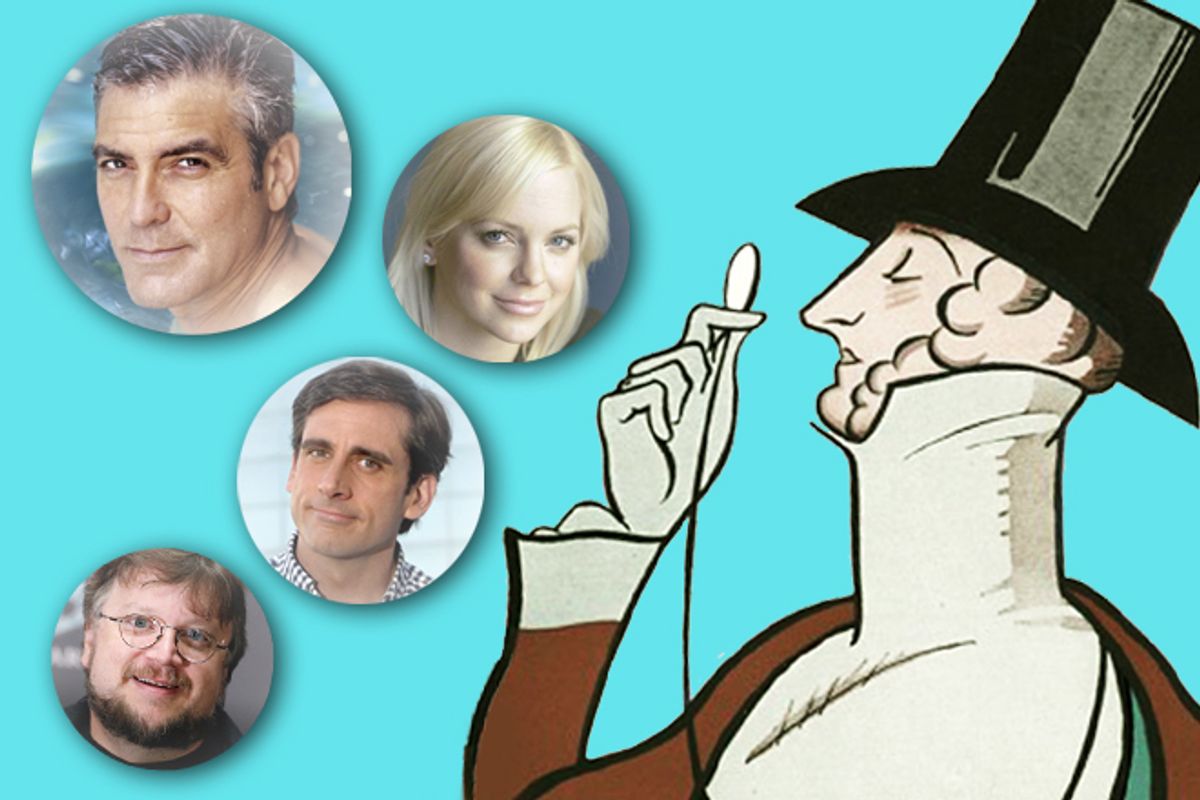 Last year, The New Yorker ran a long, flattering profile of the director Andrew Stanton, the Pixar veteran who was engaged at the time in reshoots for the troubled "John Carter." The article, by Tad Friend, noted some of the studio’s concerns about the initial cut of the film, which was Stanton’s debut in live action, but for the most part, its tone was highly positive, portraying Stanton as nothing less than Pixar’s resident storyteller: “Among all the top talent here,” an executive is quoted as saying, “Andrew is the one with a genius for story structure.”

Six months later, "John Carter" became one of the costliest flops in Hollywood history, and while the film may have its redeeming qualities, story structure isn’t among them. Read in retrospect, the Stanton profile now seems laden with irony, and it isn’t alone: A striking number of recent New Yorker features on movie directors and actors have been followed by embarrassing setbacks for the artists in question, usually involving the very projects that the articles are extolling.

In other words, whenever a New Yorker profile shows a director hard at work in the editing room, the studio should start to worry. Since the beginning of 2010, the magazine has published eight features on artists best known for their work in film. Two are profiles of Clint Eastwood and Jane Fonda that are basically career retrospectives. Of the remaining six, five of their subjects — Steve Carell, Guillermo del Toro, Anna Faris, John Lasseter and Andrew Stanton  — experienced significant professional reversals soon after the articles appeared. And while I’ll discuss the one exception in a moment, such a dire track record might well give pause to Armando Iannucci, the British director of "In the Loop," who was profiled by the magazine in March.

To put it mildly, there’s something of a New Yorker feature curse going around Hollywood these days. It doesn’t always hold true — Dana Goodyear’s profile of James Cameron certainly didn’t hurt "Avatar" — but when it does, the results can be startling, especially when you set the articles alongside the films they so effusively describe. Tad Friend’s profile of Steve Carell, for instance, portrays its subject as “a brilliant piece of software, a 2.0 fix for the problem of unfunny comedy,” whose approach to collaboration is nothing less than “a painstaking set of procedures aimed at maximum creativity.” The result? "Dinner for Schmucks," a critical and commercial nonevent that few would hold up as a model of “the golden age of improvisation.”

Other profiles read even more strangely in hindsight. Last May, the film "Bridesmaids" had everyone talking about the role of women in modern comedy, a topic that Friend addressed in a lengthy feature published the month before. “What’s at stake is not merely a tenable marketplace for ‘hard’ female comedies,” he writes, “but a fresh vantage on romance and, perhaps, a fresh way of seeing men and women.” Unfortunately, he isn’t talking about "Bridesmaids," but about Anna Faris in "What’s Your Number?," which came out in September and promptly sank like a stone.

I don’t mean to pick on Tad Friend, a fine and perceptive writer, because he certainly isn’t alone. I first noticed the phenomenon in an article on Tony Gilroy by D.T. Max, who glowingly describes the creative process behind the underwhelming "Duplicity." More recently, Guillermo del Toro had the curse hit him twice, first during the writing of a profile by features editor Daniel Zalewski, which coincided with del Toro’s departure from "The Hobbit," and shortly after the piece appeared, when Universal passed on "At the Mountains of Madness." These articles are invariably graceful, smart,and insightful — and their subjects are all talented. Yet there’s no shaking the sense that such a feature rarely bodes well for the future.

Sports fans have talked for decades about a Sports Illustrated jinx, in which a player’s cover appearance seems to lead to a string of unusual bad luck. The reason for the jinx, if it exists, isn’t hard to understand: Athletes generally make the cover after an exceptional performance, which is right when they often regress to the mean. The New Yorker doesn’t put stars on the cover, but its features are valuable real estate, so it tends to favor subjects with a big success already behind them. There’s room in the magazine for emerging artists, but it’s in the Brooklyn of the back pages, not the Manhattan of the features section, which prefers seemingly sure things. Much as in Hollywood itself, you can’t get fired for going with last year’s star.

In finance, this is called performance chasing. It means investing in today’s interview subject based on yesterday’s hit movie, which, as an outlier, is often followed by a slump. This is how we get a look behind the scenes of "Duplicity," not "Michael Clayton," and it sometimes results in reportage that has a troubling tendency to ignore obvious warning signs. Anthony Lane’s feature on John Lasseter and "Cars 2," for instance, is written in his characteristically prickly style, but for all his evident cynicism, he never raises a crucial point that many other observers had noted at the time, which was that Pixar was making a sequel to one of its weakest films. In the end, Lane’s skepticism is only skin deep, and it’s ultimately sacrificed to the needs of the narrative, in which the critic is grudgingly won over by the studio’s charms.

Occasionally, of course, the feature section does devote space to an emerging talent, as Rebecca Mead did last year with the director Lena Dunham, before the release of "Tiny Furniture." (Iannucci can take some comfort from Dunham’s example: Their shows "Veep" and "Girls" were both renewed last week by HBO, one of the few forces around that can reliably beat the curse.) In this article, the exception mentioned above, several elements combine to push it into feature territory — social media, the New York art scene, “the cinema of unexamined privilege” — and the result is a rare instance of a profile catching an artist on the way up. Dunham jumps the queue because her story feeds into fashionable issues, a fact she lightly mocks: “There’s always an article coming out, saying ‘The new thing is funny women.’”

And this gets close to the heart of the problem. Many feature articles — including this one — strive to tie a bow on the story, to tether themselves to some larger theme, a tendency visibly pronounced at the New Yorker, thanks both to its reputation and to the relatively small number of movie features it publishes. At four or so profiles per year, an article can’t just be about Steve Carell or Tony Gilroy or Anna Faris: To justify the use of such premium space, it has to be about the future of comedy, or adult drama, or funny women, which leads to grand claims that can ultimately seem peculiar when we finally see "Dinner for Schmucks."

“Nobody knows anything,” the writer William Goldman famously said of Hollywood, and if that’s true of filmmakers, it’s doubly true of the journalists who try to draw conclusions about so unpredictable an industry. If journalism is the first draft of history, it’s no surprise that the draft occasionally contains 10 finely reported pages on "What’s Your Number?" But that shouldn’t stop reporters from trying. We desperately need thoughtful articles that go deeper than the average star profile, like Ian Parker’s New Yorker feature from a few years back on George Clooney, which remains one of my favorite pieces ever published in the magazine. It came out the same month, naturally, as "Leatherheads."