Bush disappeared and tortured those the US disliked, while the Obama administration simply "murders them" 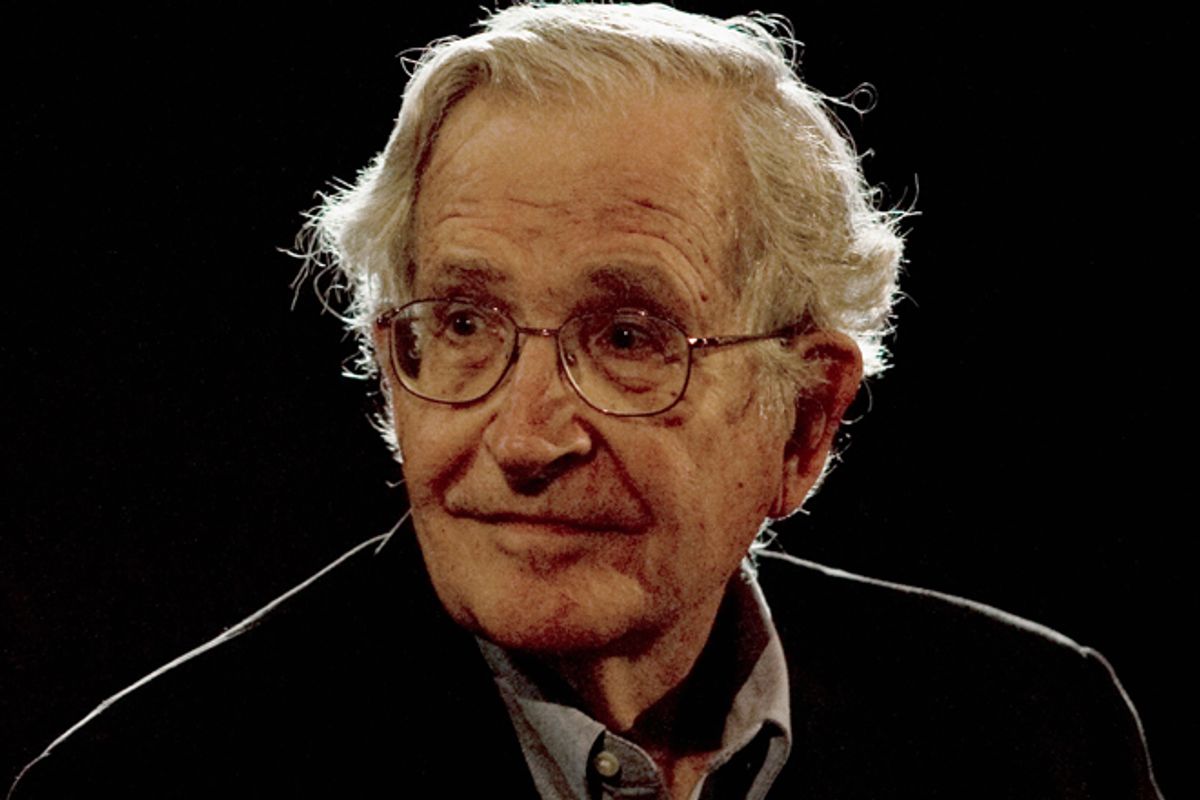 If the Bush administration didn’t like somebody, they’d kidnap them and send them to torture chambers.

If the Obama administration decides they don’t like somebody, they murder them.

Though a bit oversimpified -- the Bush administration killed plenty of people, while the Obama administration makes use of kidnapping and torture chambers albeit by proxy; also, as this tweeter noted: it's "unfair to say the Obama administration kills those it doesn't like, since they claim power to kill people without even knowing who they are"  -- this concise comparison just about about sums it up. But it's important to note that President Obama has progressivism in his heart and that makes all the difference in the world.

Regarding the Obama administration's constant killing of Muslims in numerous countries, Chomsky said that "it's almost as if they're consciously trying to increase the threat" (last week, a former CIA counter-terrorism chief warned that Obama's drone strikes in Yemen risk converting Yemeni domestic militants into "dedicated enemies of the west"). What's most remarkable, Chomsky said, is how little debate is stirred by these constant acts of lawless violence compared to the controversy created by the less lethal Bush policies (though see the prior paragraph for why that is: "President Obama has progressivism in his heart and that makes all the difference in the world").

In related news, the administration of President Obama -- whom Andrew Sullivan has repeatedly credited with "presiding over" the Arab Spring -- announced on Friday that the U.S. would resume arms sales to the regime in Bahrain, a move that "has incensed opposition activists in the tiny Gulf kingdom who see the deal as a signal that the US supports Bahrain’s repression of opposition protests." Moreover, "the resumption comes despite Bahrain doing little to sufficiently address" systematic human rights abuses against democratic protesters. But as Sullivan put it in his latest in a long line of Newsweek love letters to the Commander-in-Chief, Obama succeeded last week "the way he always does: leading from behind and playing the long game." Given that, I'm sure there is some good explanation for how these arms sales to the regime in Bahrain proves he's more supportive than ever of the Arab Spring and democracy, just as his failed effort to keep troops in Iraq meant He Ended The Iraq War, his unprecedented war on whistleblowers demonstrates his commitment to open government, increased anti-American sentiment in the Muslim world shows he nobly restored America's standing in the world, and his relentless civilian-killing drone assaults prove the merit of his Nobel Peace Prize. It's all about the long game.