Don’t look now, but her candidate might be on the verge of a huge upset in Nebraska today 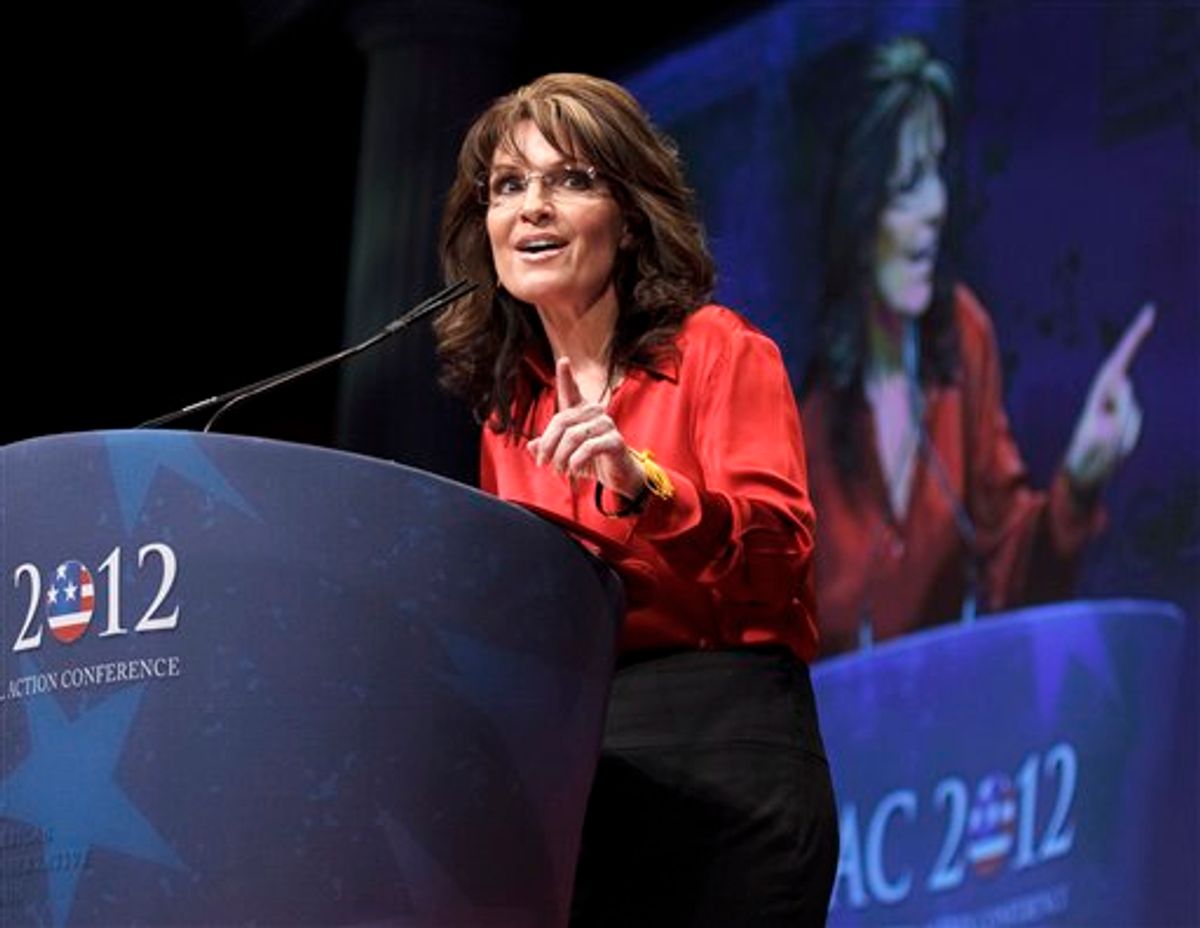 Let’s be clear: No matter what, Republicans in the state of Nebraska will be nominating a very conservative candidate for the U.S. Senate today. But the sudden prospect of a surprise victory by an underfunded state legislator best known for the endorsement she received from Sarah Palin lends potential national significance to tonight’s outcome.

To set the stage, the front-runner in the race is (and has been the entire way) Jon Bruning, Nebraska’s third-term attorney general. The 43-year-old Bruning has made some gestures to his party’s restive base, suing the Obama administration over its healthcare reform law and contraception mandate and likening welfare recipients to raccoons. But his polished demeanor and political resume – elected to the state Senate at age 27, a seamless rise to the AG’s office six years later, and now a Senate bid – make him seem more like an establishment man on the rise.

Which can be a problem in the Tea Party era. Conservative leaders and voters today aren’t as easily satisfied as they once were by candidates who are with them on paper. They want proof of absolute commitment to the cause – reason to believe that a would-be senator won’t ever compromise away a single conservative principle, no matter how much pressure is coming from party leaders, polling and the press. And Bruning, who has had to contend with revelations about his personal investments in state-regulated businesses and his purchase of a summer home with two executives from a company that the AG's office had previously sought to help, doesn’t really have the image of a true believer.

Until very recently, Bruning’s main challenger for the GOP nomination was supposed to be Don Stenberg, the current state treasurer and a former attorney general. Backed by some serious money from the Club for Growth, Sen. Jim DeMint’s Senate Conservatives Fund and FreedomWorks, Stenberg has been portraying himself as the candidate of purity and pounding away at Bruning. But Stenberg, a veteran of three failed Senate bids and two other statewide offices, is something of a perennial candidate, and he lacks the freshness and outsider credentials that Tea Party conservatives tend to respond to. Thus did Bruning still seem poised to win the primary … until last week.

That’s when Palin came through with a surprise endorsement of the third candidate in the race, Deb Fischer, whose personal story is the most naturally appealing to the Tea Party crowd. The 61-year-old didn’t enter politics until 2004, when she won a seat in the state Senate, and on the campaign trail plays up her work as a rancher. She doesn’t ooze the same ambition as her opponents, and of the three candidates she’s the most likely to be immune to Potomac Fever.

The Palin announcement offered a huge jolt of momentum to Fischer’s effort, and was followed a day later by an endorsement from 1st District Rep. Jeff Fortenberry. Then, over the weekend, came one more surprise: a last-minute $200,000 ad buy from a super PAC that has decided to promote Fischer, and savage Bruning.  (The super PAC is run by Ameritrade founder Pete Rickets, whose son, Pete, defeated Stenberg in the 2006 GOP Senate primary.)

Where, exactly, the race stands in hard to say. Fischer’s campaign has been promoting internal polls that show her leapfrogging Stenberg and threatening Bruning for the lead. There hasn’t been a reputable public poll since earlier in the race, when Bruning was still the runaway favorite.

The national implications are twofold. If Fischer does manage to win, Nebraska could actually emerge as a Senate battleground this fall. With Democrat Ben Nelson declining to seek reelection, the seat has long been assumed to be an automatic Republican pickup, even after Bob Kerrey, a one-time governor and senator, decided to return to the state and launch a comeback bid. Polls have shown Kerrey getting trounced by Bruning – and with Barack Obama on course to lose the state by at least 20 points, it’s not as if Kerrey is going to get any help from the top of the ticket.

Fischer, though, would be a wild card. She’s largely untested, and there’s a lot that isn’t known about her background and her skills as a candidate. If she wins the nomination, she might do fine in the general election, but there’s also the chance she’d prove to be another Sharron Angle. And, of course, it could be that she does turn out to be the next Angle, and that it still doesn’t matter, given Nebraska’s partisan bent. (It’s doubtful that a Stenberg win would do much to help Kerrey, since he’s a more established figure and has been able to win before.)

The bigger consequence of a Fischer win, though, would be to reinforce the message that was sent to Republican senators by last week’s Indiana Senate primary, when Dick Lugar was trounced by his Tea Party-aligned challenger. As I wrote yesterday, the Tea Party movement really isn’t about making the GOP a more conservative party; it’s about making what is already a conservative party more obstinate, unyielding and hostile to Democrats. A surprise victory by Sarah Palin’s candidate today would help that cause.