The well-funded group fails to find a superstar moderate candidate 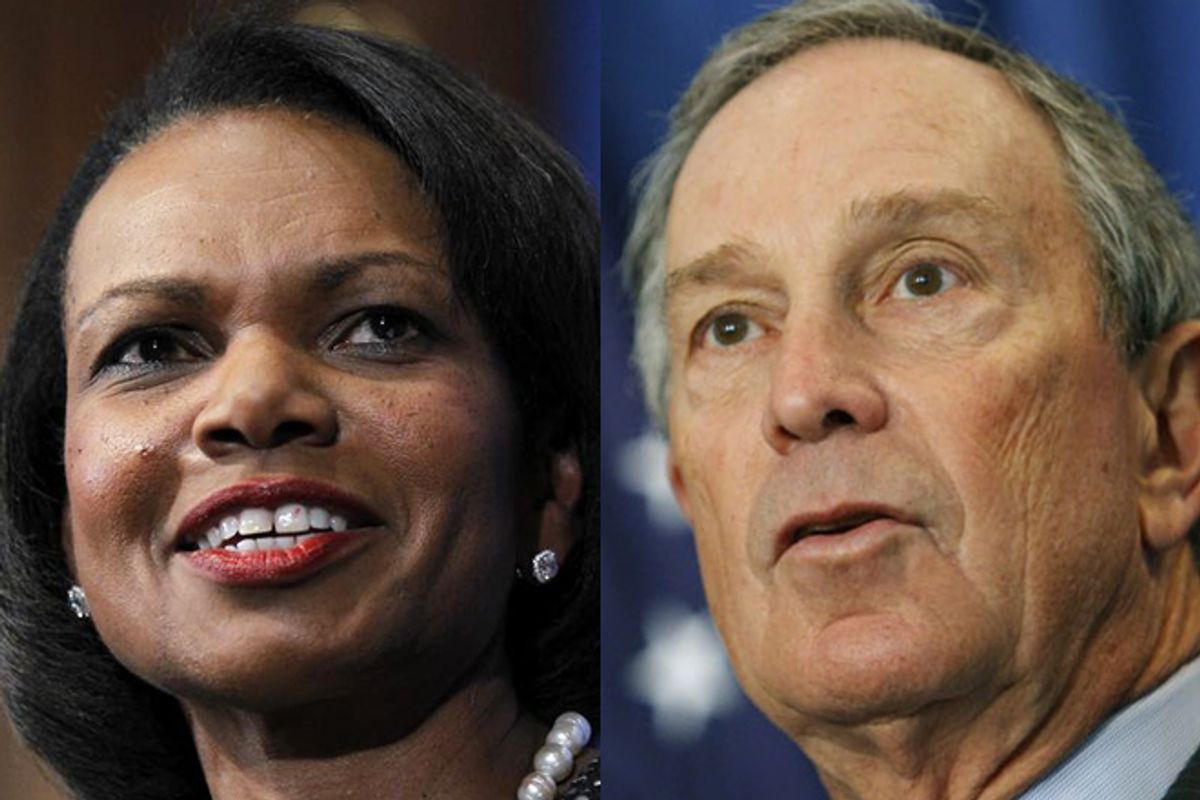 Poor Americans Elect. The well-funded experiment in fielding a third-party presidential candidate selected by the Internet is this close to giving up. It doesn't have a candidate. It was apparent back in March that none of the declared candidates would meet the threshold of support necessary to qualify it for the online primary votes scheduled for May. Since then, no white knight has emerged.

John Avlon, the "No Labels" co-founder and Daily Beast contributor, is very sad about the news. He reports that they nearly called it quits last week:

Late last week, leaders at the well-funded insurgent organization were planning to pull the plug entirely on this year’s effort. There was talk of focusing instead on building the organization at the local level going forward, following a model like Angus King’s independent Senate campaign in Maine. But this abandonment would be devastating to overall efforts that aim to inject increased independence and competition into the political process, effectively wasting the 2.5 million signatures the group collected to get on the ballot in 26 states to date.

Well, the signatures have already been wasted. (Much, much more wasted: Peter Ackerman's money.) They were used to win ballot access for a vague idea. Vague ideas can't be elected president.

Basically everyone not affiliated with No Labels finds the failure of Americans Elect amusing (so it has succeeded in uniting the Weekly Standard and Paul Krugman!), but I actually feel kind of bad for those Americans Elect goobers. It's not their fault that Americans don't actually want an independent moderate unity presidential ticket. (It is their fault that they spent $10 zillion pushing the idea.) But there is really no excuse for the bizarre belief that anyone wants Joe Lieberman to be president.

Yes, according to Kenneth Vogel, AE recently sought to interest the soon-to-be former senator from Connecticut in mounting a run on the AE ticket, because what Americans are crying out for is a moralizing hawkish lifelong politician with no fixed ideology beyond reflexive baby-splitting and bombing everywhere forever. (It also reached out to Lamar Alexander, because it is beyond parody.)

A lot of the more prominent AE supporters and many of the people involved in organizing the group are disillusioned Republicans -- like former Giuliani speechwriter John Avlon and former Bush strategist Mark McKinnon -- which helps explain why AE keeps going after people who only appeal to ... disillusioned moderate Republicans.

AE dreamed that superstars like New York City Mayor Michael Bloomberg or former Secretary of State Condoleezza Rice would decide to jump into the race once AE did the hard work of securing ballot access. You may note that neither of those candidates represents a significant national constituency whose interests are currently being ignored by the two major parties. (Bloomberg is essentially an old-fashioned Eastern Establishment Republican, or, in other words, a modern moderate Democrat. He is maybe a hair to the right of Obama on economic issues. Condoleezza Rice has never revealed much about her domestic policy preferences, besides that she is pro-choice, but on foreign policy she is known for being one of the people who repeatedly told scary stories to America and Congress until we agreed to launch the Iraq war.) But the movement isn't about policies at all: It's about finding the party system distasteful and being narcissistic enough to imagine that some massive silent majority of Americans agrees with you about everything.

When Rice and Bloomberg declined their advances, various AE insiders moved on to begging David Walker to enter the race. (David Walker! Does anyone not currently riding the Acela to or from D.C. know who David Walker is?) AE will announce its future plans on Thursday. So, you know, there's still time for Jon Huntsman to shake things up. Huntsman/Walker '12!