Colorado congressman: "Obama's not an American" 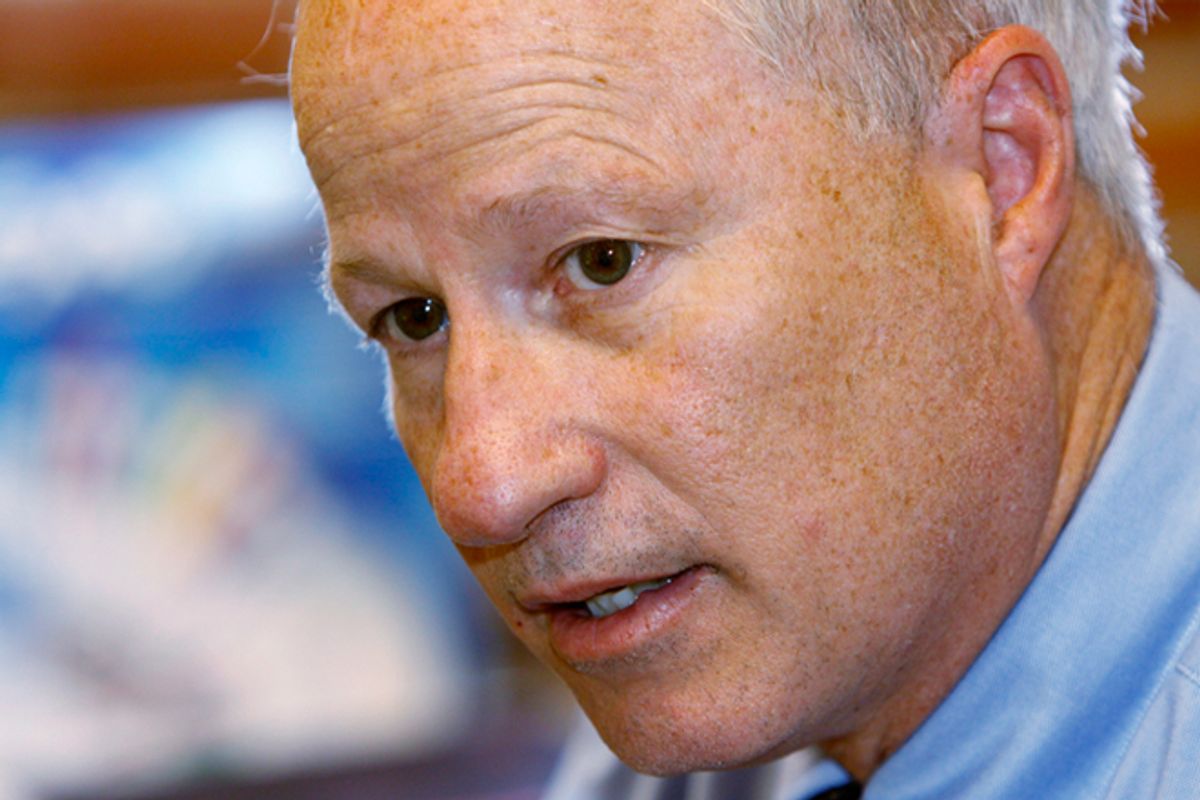 Twenty-four hour news cycles are messy and chaotic, almost never fully summarizing the zeitgeist of the moment. But today is one of those rare days where the news cycle perfectly embodies the tectonic shifts in American politics -- and the friction that comes from such shifts.

In the last day, we’ve learned that America has reached a demographic tipping point. For the first time in history, there are more minority births than white births in the United States, meaning we’re closer than ever to becoming a majority minority nation.

At almost exactly the same time these numbers were being released, a top Republican lawmaker, U.S. Rep. Mike Coffman, R-Colo., was making national headlines with a leaked audio recording of him publicly declaring that the first African-American president is “not an American.” Here’s the audio and full quote from Coffman’s remarks at a Republican fundraiser:

Coffman has since issued a non-apology apology, saying that while he misspoke in questioning Obama’s birth certificate, he stands by his “not an American” declaration because Obama doesn’t “share my belief in American Exceptionalism -- his policies reflect a philosophy that America is but one nation among many equals.”

It’s a deft misdirect -- caught on tape making a nakedly demagogic play to White America’s reflexive fears of the “other” (in this case, denigrating a minority president as literally the “other” -- i.e., a non-American), Coffman is pretending he was merely voicing his disagreement with Obama’s foreign policy. But don’t be fooled: The nation’s shifting demographics, as epitomized by today’s census numbers, is exactly what this is all about.

Coffman is running in a newly redrawn suburban Denver congressional district -- one that is expected to be among the most contested in the 2012 election. Following the larger Republican strategy of racial fear-mongering, he’s spent the last year following in the footsteps of his anti-immigrant predecessor, U.S. Rep. Tom Tancredo, championing legislation to repeal parts of the Voting Rights Act and prevent non-English ballots and end birthright citizenship for immigrants.

Put Coffman’s record together with his attack on Obama (an attack that has become all too common among top GOP leaders), add in the fact that his GOP neighbor U.S. Rep. Doug Lamborn recently made headlines calling the president a “tar baby,” and remember the GOP's successful opposition last week to a high-profile civil unions bill. It becomes clear that even in the swingiest of swing states, the national Republican Party sees its path to victory as one that eschews inclusiveness and equal rights, and instead stirs fears and resentment over the quickly changing definition of Americanness.

Ultimately, that’s what all the debates over almost every policy really comes down to. We can tell ourselves we’re fighting over taxes or contraception or abortion or gay rights or immigration or food stamps -- and at one level, we most certainly are. But when policy disagreements become a justification for Republicans to claim an opponent isn't a fellow countryman, it's clear what we’re really fighting over is the root idea of “American.” Looked at this way, almost every policy battle has been transformed into a proxy in a Republican war to define “American” as white, straight, male and wealthy -- an us-versus-them war being waged ever more intensely in 2012 because changing demographics threaten to define the term on far different terms.

We can thank today’s news cycle for making that war so crystal clear; at least it’s now painfully obvious what this moment’s political conflict is truly all about.