For nearly 20 years, one network has redefined domestic bliss -- and taught Americans to love their neighbors 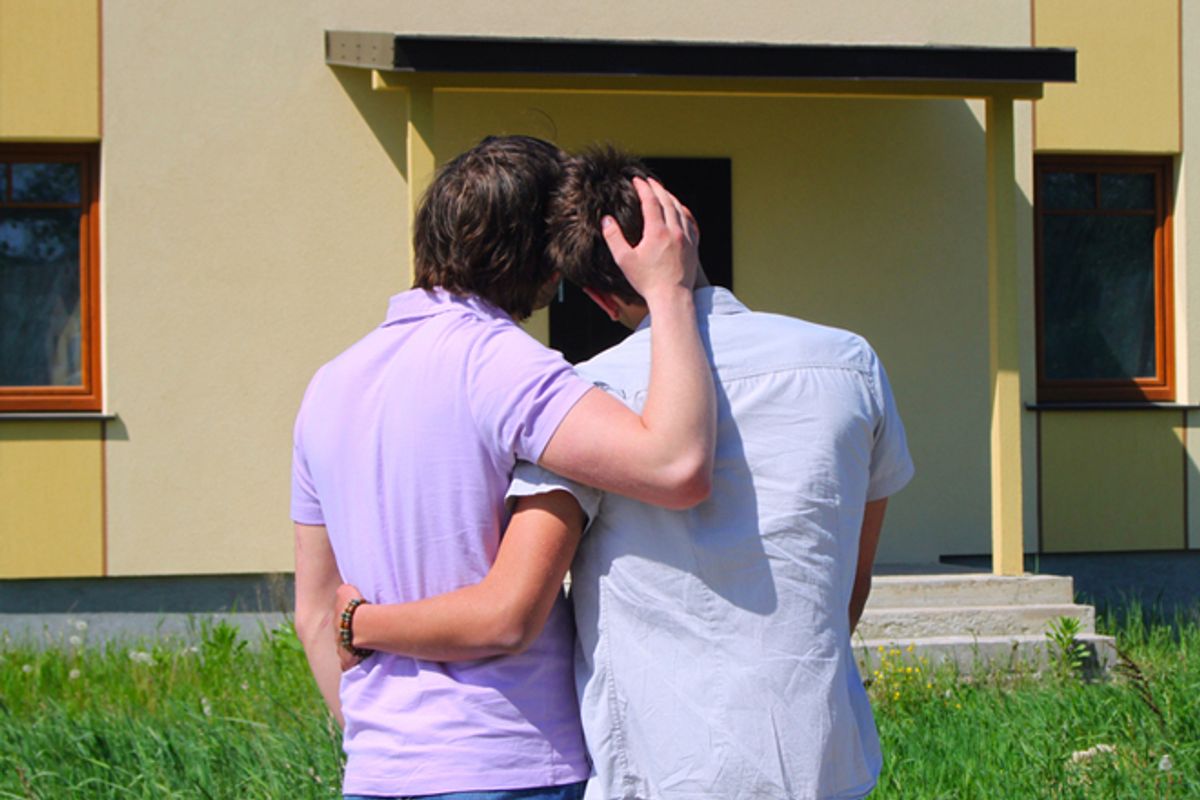 There are two ways to bring about positive, long-term social change: the fast one and the slow one. In the first version, statues are toppled, walls are torn down, laws are dramatically enacted. There is, forever, a clear before and after. It's days like July 24, 2011, when New York state approved same-sex marriage. Or May 9, 2012, when Barack Obama became the first president to announce his support for the issue -- an occasion that prompted incoming Human Rights Campaign president Chad Griffin to remark, "You will not forget where you were when you saw the president deliver those remarks."

Then there's the subtler version. The kind where you look around one day and suddenly realize that gay people have been building families and creating homes together this whole time. They're your neighbors. They're your fellow parents on the PTA. And they are totally the couple building an amazing new deck this weekend. For 18 years now, HGTV has been a steadfast force for exactly that kind of tolerance, simply by advancing the radical notion that homosexuals are out there in the world obtaining mortgages and painting their interiors just like straight people.

It's not that LGBT-friendly content doesn't exist elsewhere on television. I mean, Christ, have you ever seen Bravo? We could start with Andy Cohen and not even get around to "Project Runway" for days. There are entire gay-oriented networks, like Logo. But what distinguishes HGTV is both its durability and its ordinariness.

HGTV doesn't trade in drama or high camp; it doesn't offer "Wig Parties and Threesomes" stereotypes. Sure, one might suggest that the network's high population of flamboyant gay designers panders to a different kind of typecasting. But the presence of hosts like David Bromstad and the married, father of two Vern Yip seems more like a logical, ordinary reflection of the makeup of the field. It's also likely why there are so many gay contestants on its competitions as well. Just look at last year's "Design Star" combatants, which included the lesbian former Dallas Cowboys cheerleader (and mother of four) Leslie Ezelle, and "average gay dad" Tyler Wisler.

More significant than its regular on-air talent pool, however, is the network's consistent depiction of America's gay and lesbian population as normal, carpooling, Home Depot-shopping folks whose agenda includes upgrading the kitchen backsplash. Far from the cavalcade of dysfunction on networks like TLC, the network regularly presents typical families of different ages and ethnicities -- some of whom happen to be same-sex -- on shows like "Property Virgins" and "House Hunters," where the most shocking element of an odyssey is likely to be the property's price tag.

That a network built around design would position itself as gay-friendly might seem like a no-brainer. But it's also a network that  still has an overwhelmingly female core audience that isn't necessarily going to identify with male same-sex couples. But by depicting a variety of couples and families, the Scripps-owned empire is broadening its base and appealing to a wider demographic. It's also reflecting the reality of contemporary America.  As "Property Virgins" casting director Michael Barrick said when he put out the call for Atlanta-area LGBT parents last month, "I do prefer to see as diverse a population featured on television as possible. People like to watch a show that they can relate with, be it black, white, Asian, interracial, gay and straight. If they don't see that representation, they are more likely to change the channel – and that is something as a casting director, that I just don't want to see."

There are still plenty of people out there stuck with antiquated ideals. Some of them are even running for president. But the fact that the American family doesn't always resemble an Eisenhower-era sitcom is something more and more of us accept. It's been a long time coming and it's still a work in progress, but our American image of home and family is, in the words of the president, evolving. It evolves when a law is changed or a leader speaks out. And it evolves when two guys buy a house together on basic cable, and then another two, and another two, and the two ladies. Suddenly it's not weird or unique or groundbreaking at all. It's improvement. One home at a time.