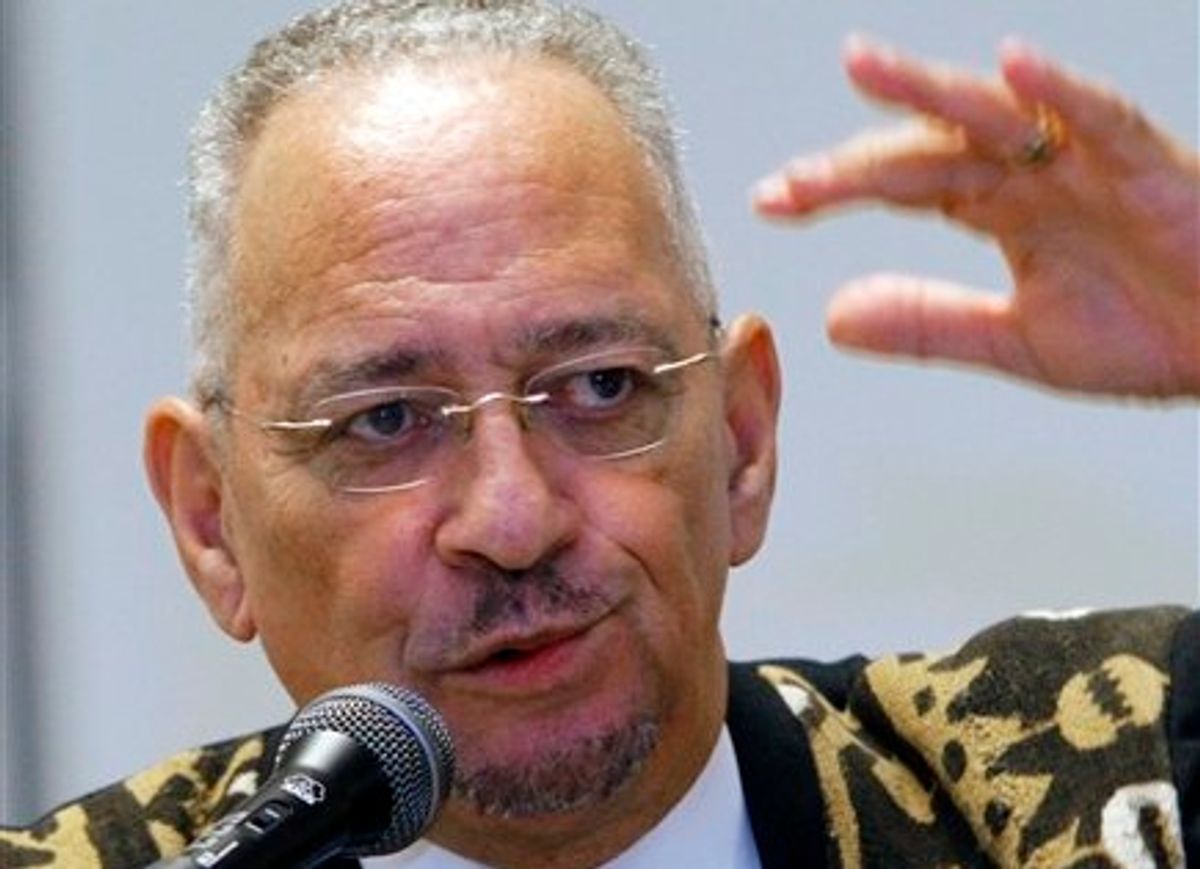 There’s a persistent belief on the right that President Obama snuck into office in 2008 because an awestruck media refused to look into his background and personal associations, preventing voters from learning about all sorts of radical, anti-American connections that would have turned them against the Democratic nominee. In this narrative, John McCain also comes in for criticism because of his refusal to fully exploit Obama’s ties to Rev. Jeremiah Wright during the general election.

This is the mind-set that, according to a New York Times story from Jeff Zeleny and Jim Rutenberg, has a billionaire super PAC overseer mulling a $10 million anti-Obama ad blitz that’s designed to “do exactly what John McCain would not let us do.”

According to the Times, Joe Ricketts, the Ameritrade founder whose super PAC just played a crucial role in the upset victory of a Sarah Palin-backed candidate in Nebraska’s Republican Senate primary, has been presented with a 54-page blueprint drawn up by GOP media consultant Fred Davis, who produced the anti-Obama “Celebrity” ad that the McCain campaign ran four years ago:

“Our plan is to do exactly what John McCain would not let us do: Show the world how Barack Obama’s opinions of America and the world were formed,” the proposal says. “And why the influence of that misguided mentor and our president’s formative years among left-wing intellectuals has brought our country to its knees.”

The story includes all kinds of interesting tidbits about the proposal, including its suggestion that the super PAC hire an “extremely literate conservative African-American” as a flack in order to deflect charges of race-baiting.

The reality, though, is that even if Ricketts signs off on the plan – and the story makes it clear that it’s just one of several options he’s mulling – it won’t have the devastating impact its authors envision. It probably won’t have much, or any, impact at all.

For one thing, the notion that Obama wasn’t fully vetted by the press in 2008 and that voters are in the dark about all sorts of troubling biographic details and character traits just doesn’t compute. The Rev. Wright issue, for instance, was covered exhaustively by the press, enough to compel Obama to deliver a lengthy speech on race that, if anything, probably made him more appealing to the average swing voter. And while McCain may not have authorized ads about Wright, many of his allies on the right (not to mention his own vice presidential nominee) filled the air with warnings about Obama’s secret radicalism. None of this seemed to move voters back then.

And nothing that has happened in the intervening four years has given Americans any reason to believe that there was anything to the radicalism charges of '08. Obama’s approval rating isn’t that great right now, but it’s because the economy is in rough shape and voters are questioning his policies. It’s not because he’s said or done anything that validates the charge of radicalism; the policies he’s pursued are entirely within the mainstream of the Democratic Party. So the idea that a bunch of ads that dredge up a four-year-old controversy will make voters suddenly conclude that the warnings were right seems entirely off-base.

More to the point, the airwaves will be awash in political ads this summer and fall, with the Obama and Romney campaigns and all sorts of party committees, independent groups and super PACs launching their own multimillion-dollar campaigns. The Wright ads probably wouldn’t stand out nearly as much as the Davis blueprint suggests. And, as Jonathan Bernstein has pointed out, “voters will pay less attention to information they hear through paid advertising when there is plenty of other information available, as is the case with high-profile presidential elections.”

What the news about Ricketts and his super PAC could do, however, is put Mitt Romney in a bit of an awkward spot. The law prohibits him from coordinating with super PACs, but that doesn’t mean the media won’t demand that he make a statement over whether he thinks the Wright stuff is fair game.

It’s clearly not a road that the Romney campaign and most Republican leaders want to go down. They (mostly) recognize that Obama is more personally popular with Americans than their party’s base realizes, and that there’s a real political risk in pushing too far on race/culture-based attacks on him. This is why, for instance, Haley Barbour has been arguing that the GOP’s general election effort should focus on Obama’s record, not on anything personal.