A Pakistani student is unable to accept his film festival award because he is denied the right to enter the U.S. 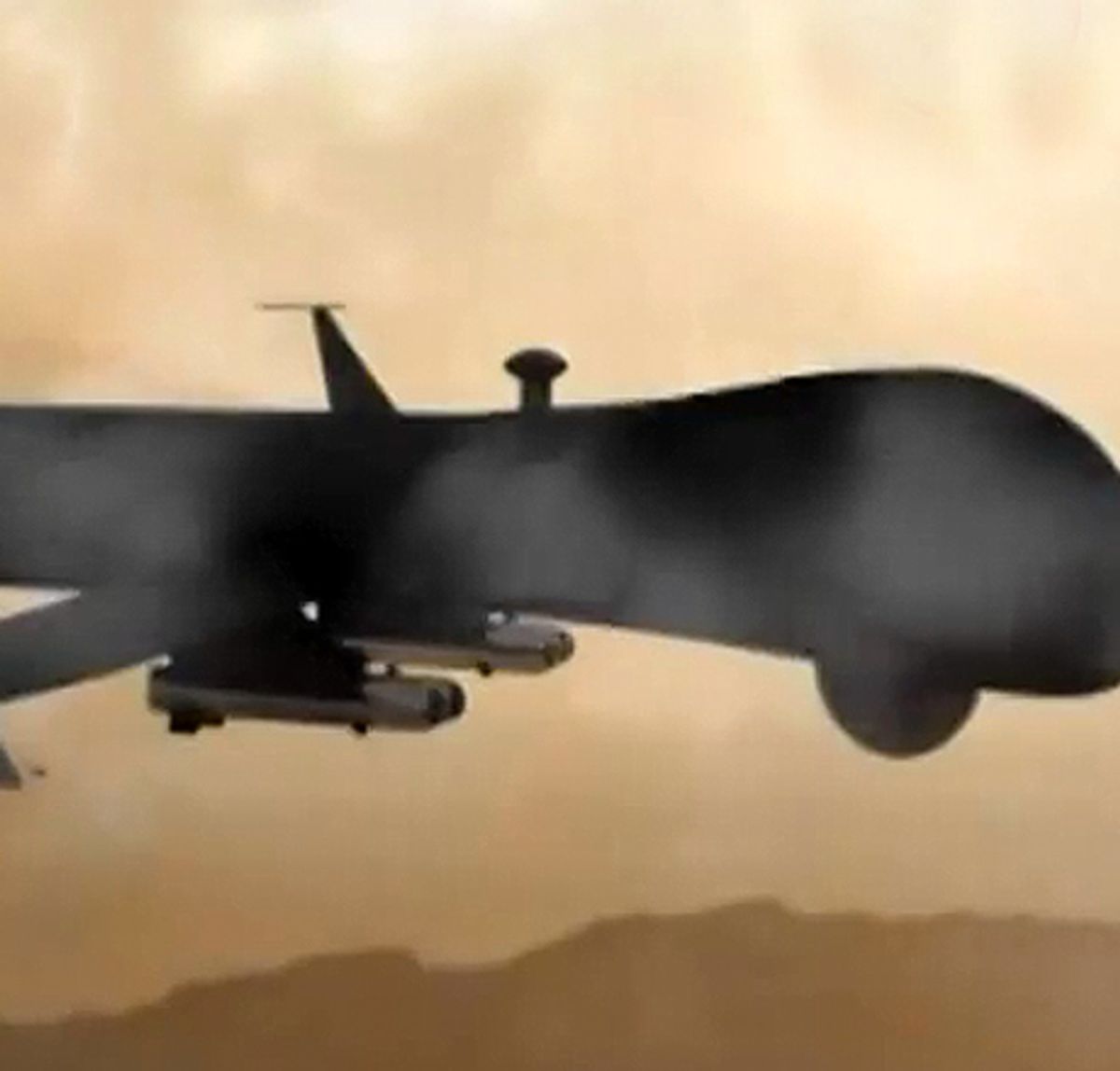 A still image from Muhammad Danish Qasim's film, "The Other Side."
--

Muhammad Danish Qasim is a Pakistani student at Iqra University’s Media Science and is also a filmmaker. This year, Qasim released a short film entitled The Other Side, a 20-minute narrative that "revolves around the idea of assessing social, psychological and economical effects of drones on the people in tribal areas of Pakistan." A two-minute video trailer of the film is embedded below. The Express Tribune provided this summary of the film, including an interview with Qasim:

The Other Side revolves around a school-going child in Miranshah, the capital of North Waziristan. The child's neighborhood gets bombed after the people of the region are suspected for some notorious activities. He ends up losing all of his loved ones during the bombing and later becomes part of an established terrorists group who exploit his loss and innocence for their own interests.

On the reasons for picking such a sensitive topic, the film-maker said, "Most of the films being made right now are based on social issues, so we picked up an issue of international importance which is the abrogation of our national space by foreign countries."

When asked how this film on terrorism will be different from all the others that have been released since 9/11, he said, "The film takes the audience very close to the damage caused by drone attacks. I have tried my best to connect all the dots that lead to a drone attack and have shot the prevailing aftermath of such attacks in a very realistic and raw manner."

In particular, "the film identifies the problems faced by families who have become victims of drone missiles, and it unearths the line of action which terrorist groups adopt to use victimised families for their vested interests." In other words, it depicts the tragedy of civilian deaths, and documents how those deaths are then successfully exploited by actual Terrorists for recruitment purposes.

We can't have the U.S. public learning about any of that. In April, Qasim was selected as the winner of the Audience Award for Best International Film at the 2012 National Film Festival For Talented Youth, held annually in Seattle, Washington. Qasim, however, along with his co-producers, were prevented from traveling to the U.S. to accept their award and showcase their film because their request for a visa to travel to the U.S. was denied. The Tribune reported: "Despite being chosen for the award, the filmmakers were unable to attend the award ceremony as their visa applications were rejected twice. 'If we got the visa then it would have been easy for us to frame our point of view in front of the other selected youth filmmakers,' Qasim said." And:

"I believe the most probable reason for the visa denial was the sensitive subject of my film," says Qasim. He recalls that when the visa officer asked about the subject matter of the film, he suggested making changes in the letter issued by his University upon hearing that the film dealt with terrorism and drone attacks.

"Although I made the changes to the letter according to the visa officer’s recommendation, they still rejected the visa and did not disclose the reason for it," says a disappointed Qasim.

According to Qasim, "NFFTY is considered to be the biggest event for young film-makers of the world. Film schools as well as potential Hollywood producers attend the event in order to interact with young, talented film-makers. I’m disappointed that my team, especially my crew members Atiqullah, Ali Raza Mukhtar Ali and Waqas Waheed Awan, who made the film possible with their hard work and support, missed out on a major opportunity to represent Pakistan on an international forum."

Although it's not proven why the visa was denied -- the U.S. government, needless to say, refuses to comment on visa denials -- this case is similar to that of Shahzad Akbar, a Pakistani lawyer who had sued the CIA on behalf of civilian drone victims and was also denied a visa to travel to the U.S. to attend last month's Drone Summit in Washington; the Obama administration relented and permitted him to travel to the U.S. only once a serious outcry arose. The Bush administration also routinely excluded Muslim critics of U.S. foreign policy from entering the U.S.

Banning filmmakers, lawyers, political activists, and scholars from entering your country out of fear of their criticisms is the behavior of an insecure, oppressive nation. It's also natural behavior for political leaders eager to maintain an impenetrable wall of secrecy around their conduct.

Just to underscore how extreme is the Obama administration's reflexive secrecy in such matters: yesterday, ABC News's Jake Tapper asked National Security Advisor Tom Donilon whether the U.S. Government compensates the innocent victims it kills outside of Afghanistan, and Donilon simply refused to answer ("I'm just not going to go there"). There's no legitimate reason that this information should be concealed, but for a government that views disclosure as inherently unnecessary, that is enamored of its own secrecy power for its own sake, and that is desperate to prevent its citizens from knowing what it is doing, this sort of imperious decree of secrecy is the natural course (for an even more egregious case, see this amazing summary from the ACLU's Ben Wizner on how Obama DOJ lawyers defend the U.S. government's secret, definitively Kafkaesque, unappealable no-fly and Terrorist watch lists).

That the U.S. is routinely killing innocent civilians in multiple Muslim countries is one of the great taboos in establishment media discourse. A film that documents the horrors and Terror brought by the U.S. to innocent people -- and the way in which that behavior constantly strengthens the Terrorists, thus eternally perpetuating its own justification -- threatens to subvert that taboo. So this filmmaker is simply kept out of the country, in Pakistan, where he can do little harm to U.S. propaganda (as usual, U.S. government claims of secrecy based on national security are primarily geared toward ensuring effective propagnada -- of the American citizenry). Isn't it time for another Hillary Clinton lecture to the world on the need for openness and transparency? "Those societies that believe they can be closed to change, to ideas, cultures, and beliefs that are different from theirs, will find quickly that in our internet world they will be left behind," she so inspirationally intoned last month.