Pick of the week: A class-war thriller from Putin's Russia

Pick of the week: A middle-aged wife and mom contemplates the unthinkable in the masterful, mysterious "Elena" 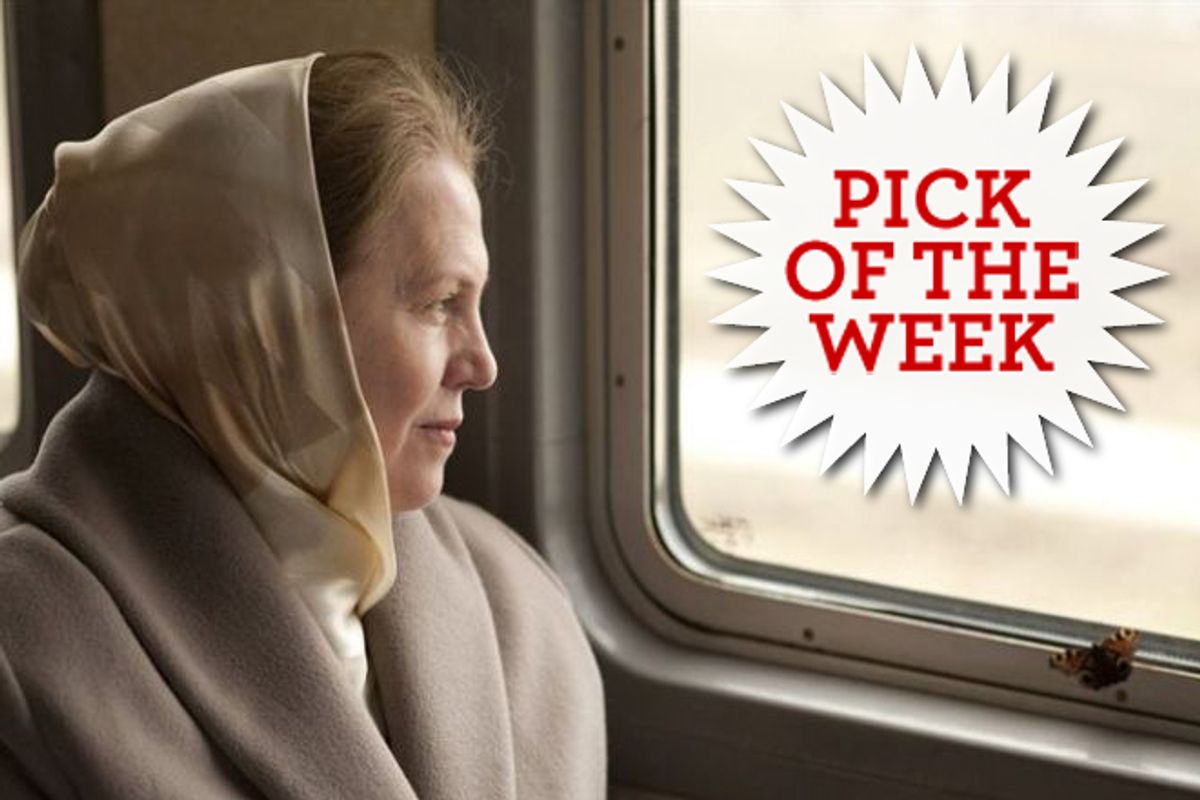 As readers of Chekhov and Gogol and Dostoyevsky are well aware, the pervasive melancholy of Russian culture long predates the Soviet era, and there was no reason to believe that the end of communism would lift the gloom. Some Western reviewers have described "Elena," the mesmerizing new family drama from the brilliant Russian filmmaker Andrei Zvyagintsev, as an updated film noir. That may be a workable shorthand, in that "Elena" is about an ordinary person who persuades herself to commit a terrible crime, with uncertain consequences. But it attaches the movie to the wrong heritage and the wrong set of expectations. "Elena" is a moral drama, all right, but one pitched in a dark and ambiguous Russian register reminiscent of a 19th-century short story or a fairy tale, with no clear lesson delivered at the end.

Indeed, if the message of most classic Hollywood noir is that crime does not pay, one might say that the message of "Elena" is that crime is the only thing that pays, at least in the crude Darwinian universe of Putin-era Russia. While there are no overt politics in "Elena," it's a movie about the most pernicious forms of class warfare, made barely 20 years after the collapse of the regime that was supposed to end class warfare for good. That's enough politics, and enough knife-edged Russian irony, for a dozen ordinary movies. I'm not claiming that Zvyagintsev feels this way, necessarily, but "Elena" put me in mind of the Russian witticism that's been repeated in many varieties since 1991: Communism was a dreadful system, we had no food and no freedom. Nothing could possibly be worse than that -- except maybe the way things are now.

Zvyagintsev isn't an international art-house brand name the way Andrei Tarkovsky once was, and that probably isn't possible these days. So I won't pretend that "Elena" is likely to become a crossover smash. But it's going to play quite a few North American cities (see below) and is a breakthrough movie after its own fashion, a mysterious existential thriller that's brilliantly acted and masterfully directed, without a second of wasted screen time. There's nothing especially cryptic or confusing or pretentious about it, and once you adjust to the long, hypnotic takes of cinematographer Mikhail Krichman and the almost wintry pace with which Zvyagintsev draws you in, this tale of a frumpy, heavy-set Mother Russia type in late middle age (the amazing Nadezhda Markina) who is driven to desperation becomes utterly absorbing.

Zvyagintsev's previous two features, "The Banishment" and "The Return," were staged in timeless, nonspecific settings that recalled Tarkovsky's more allegorical works. "Elena" takes place in the 21st-century Moscow built by the post-Soviet Putin oligarchy, where the rich live in opulent, barren detachment and the poor are clustered in crumbling Brezhnev-era apartment buildings plagued by skinhead gangs and irregular electricity. In almost every indoor scene, some inane reality show is playing in the background, and while I know that sounds heavy-handed, it works perfectly here, both as realism and as a kind of symbolic shadow-play version of the main action.

Markina's character, the eponymous Elena, has apparently risen in class late in life, after marrying a sour, elderly business tycoon named Vladimir (Andrei Smirnov, himself a well-known Russian director) whom she met when she was a nurse and he was a hospital patient. Both have children from previous marriages: Elena's unemployed son Sergei (Aleksei Rozin) lives with his wife and two kids in grinding, despairing poverty, and her eldest grandson is on the verge of flunking out of school and ending up in prison or the army. Vladimir's daughter Katya (Yelena Lyadova), on the other hand, is a decadent 30ish beauty who is only interested, as he drily puts it, in "the pleasurable things of life." We meet her only briefly when she comes to meet Elena, but the character is so slinkily rendered that we can see it all: the parade of guys (and perhaps girls too), the drinking and drugs and long, long nights ending at dawn, the overwhelming boredom with herself and her rich dad and the world.

If you think you see where this is going, you're both right and wrong. After suffering a devastating heart attack, Vladimir has a partial reconciliation with Katya and decides to leave her nearly all his fortune, despite her evident flaws as a money manager. Although he promises to provide for Elena with an unspecified annuity, he refuses her requests for emergency funds to save her errant grandson from the draft. (As we see in a terrifying interlude, by the way, said grandson may not be worth saving.) What happens next is, indeed, a series of noir-type plot points -- but, again, that's a bit like describing "Crime and Punishment" as a murder mystery. "Elena" absolutely has a plot, and one that will keep you guessing up to the last seconds, but the movie's real point lies in the long and often wordless scenes that pull you along, stealthily, toward moments of revelation or coincidence.

When Vladimir goes to his posh gym for an afternoon workout, for example, we watch him ogling a younger blonde with that predatory rich-guy gaze. She notices, and returns his stare, and we know -- because this is that kind of movie -- that their paths will soon cross again. But how? Is she a gold digger? An upscale hooker? An entrapment device, placed by journalists or gangsters or government officials? In this world, no encounter is ever innocent of avarice or naked self-interest. Even stranger and more powerful is a scene aboard a train that Elena is riding, with many thousands of rubles in cash clutched nervously in her purse. The train bumps to a stop, and men in uniforms rush through the car. We see her visibly tense up -- will she be the victim of a robbery on this voyage, above all others? -- but what has actually happened is even odder, an almost dreamlike event that (I think) may actually be borrowed from a Chekhov or Tolstoy story.

"Elena" isn't really a film noir, because those kinds of crime films always involve the iron application of Murphy's law, in its most moralistic form: Whatever can go wrong will go wrong, in order to punish the transgressor and restore the rightful order of things. In Zvyagintsev's world, as in most classic Russian art and literature, the rightful order is non-recoverable. We live in a fallen world, and whatever could go wrong already did so, a long time ago. What Elena does is indefensible, certainly -- but then, we don't know what Vladimir did in the first place to become so rich that his daughter never has to work. Will Elena "get away with it"? I don't know, but it's not the right question. The truly terrible question asked by this quiet, haunting and magnificent film is: Dear God, isn't there some better way to live?