The late oral historian talks about what textbooks never tell us, and how he gets his riveting real-life interviews 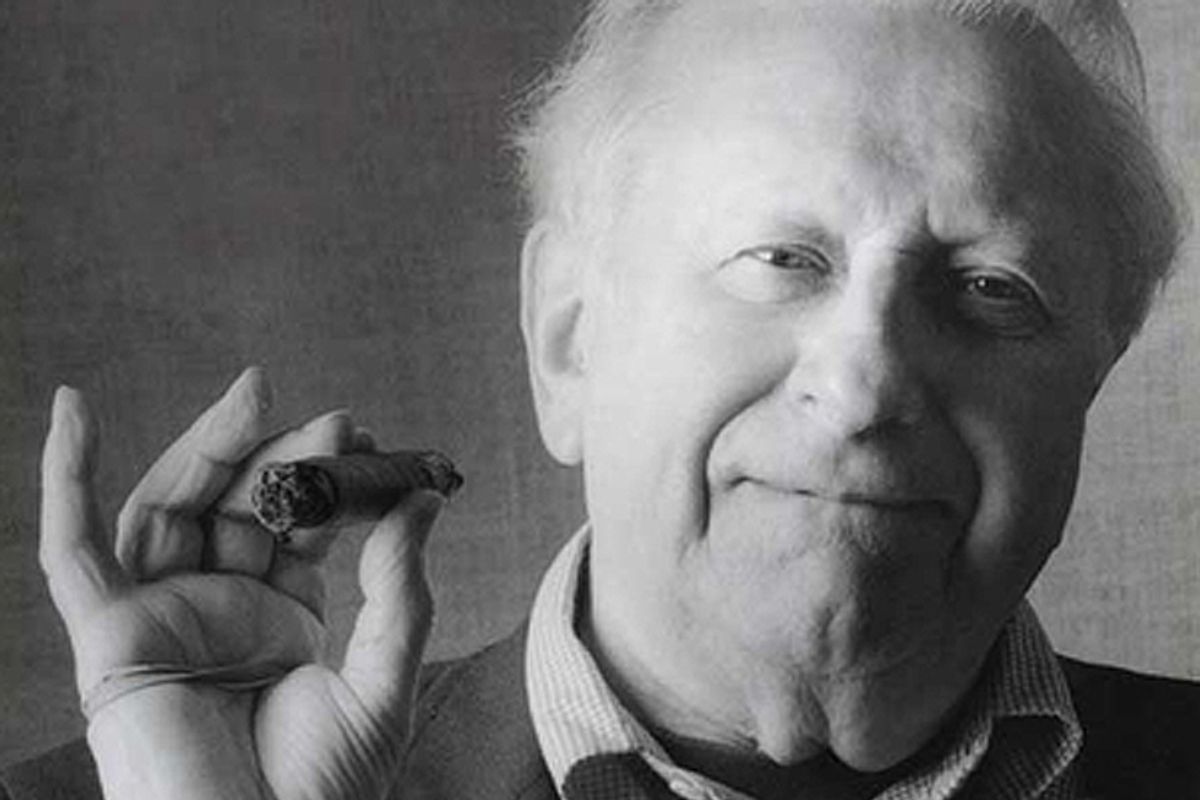 Oral historian and writer Studs Terkel made history by doing something very simple: He talked to people about their lives. In his book “Working,” he spoke with Americans about their jobs, but what emerges is nothing short of a portrait of the human condition. To celebrate what would have been his 100th birthday, the radio show “The Story” is running a series devoted to Terkel, featuring conversations with Eudora Welty, Dorothy Parker, R. Buckminster Fuller and Mahalia Jackson. Also, host Dick Gordon conducts new interviews with people working today. As part of Salon’s partnership with “The Story,” we’ll bring you some of his fascinating interviews over the next few days. We kick off with host Gordon’s 2002 interview with the man himself, who passed in 2008. To listen to the radio program, click here.

I notice in your conversation with the veteran from Vietnam [from the Studs Terkel book, "Will the Circle Be Unbroken?: Reflections on Death, Rebirth, and Hunger for a Faith"] he tells you right at the beginning that your interview gave him stuff he would think about for a long time. And it got me wondering about what that interview was like. How does Studs Terkel sit down with someone and get them spilling their inner selves about life and death? What's the secret?

Well, it's not a secret. I think it's listening. I've changed his name, but I know his mother very well, she's been in several books and I've changed her name several times. He is a sweet little boy who went to Vietnam and came back crazy, you know. He brought a psychiatrist for part [of the interview]. And he says, you're sitting as close to me as anyone I've ever allowed to sit since I returned.

It's opening up, listening to people talk -- even to silence. For example, African-Americans very often -- oh you'll find this -- chuckle, laugh at a certain moment in recording humiliation. Now why would that be? I have a friend, Big Bill Broonzy the great blues singer. And Big Bill and many elderly black men of a certain age were jacks of all trades. They were the grandsons of slaves and they could be masons and carpenters and electricians. Big Bill was a welder, and a very good one. And he taught this young white kid how to weld. The day the kid learned how to weld correctly is when they fired Bill. And he chuckles. Now why did he chuckle? It's a safety valve.

There's a blues lyric: Laugh and it keeps them crying. Or today you might say, Laugh and it keeps them raging. I once asked Martin Luther King about this -- this matter of laughter in moments of adversity. He said, "We need that. Without that we'd be lost." And so listening, how come the laugh? Or listening to a silence sometimes. Mostly that person has to believe you're interested in his or her life. It amounts to that really.

See, we live -- and you know this probably better than anyone -- in a world where newspapers, televisions and radio have conversations with celebrities and politicians and "important" people. And yet all your life you've gone back to -- and I'll use the word even though I don’t like it very much -- "ordinary" people, to give their stories some value. Do you suppose people get it now? The type of stories, the type of oral history you're trying to put in the books -- does have that value?

I hope so. Remember, since 9/11 we've heard talk about the ordinary heroes and heroines, firefighters, paramedics and ordinary people coming through. My north star, my guide, is a poem by Bertolt Brecht. I'll offer brief passages from it. We think of Brecht and "Threepenny Opera" -- well, he was a poet.

In this poem he says, "Who built the seven gates of Thebes? Who lugged those hunks of rock one place to the other?" When we get this in school -- Caesar conquered Gaul, you know -- was there not even a cook in the army? And when the Chinese Wall was built, where did the masons go for lunch? I was told in school, Sir Francis Drake conquered the Spanish Armada in 1588. And I thought, he did it by himself? So Brecht says, "When the Armada sank, we read that King Philip of Spain wept. Were there no other tears?" Is the last line of the poem.

And so, to me, history's about those who shed those other tears, those who made the wheels go round. Those who don't make a footnote in the history books, who've been there from year one. And who are never remembered. And so, high time. What I do is old stuff. Oral history was here long before the fountain pen, long before the quill. Before Gutenberg. The storytellers. When Alex Haley wrote "Roots," first thing he did is go back to the country of his forebears, Gambia, to meet the griot, who were storytellers. So it's an old, old tradition. I simply have an additional mechanical thing called a tape recorder. Which I goof up an awful lot, by the way.

People, by the way, can be natural storytellers. Some have more insight than others. But there's always somebody in the community that represents the others.

In doing “Working,” for example, I describe the life of a waitress, the day in the life of a waitress. A middle-aged woman. Why is she a waitress? She gets varicose veins, that's an occupational illness of waitresses. How many aspirin does she take? What about her daughter or son or sick husband, or the one who left cause they gotta work on tips and cash?

One day I'm stopped at Michigan Boulevard Bridge by a guy who'd read the book. He pins me against the bridge and he says, "You know what? Ever since reading about that [waitress in the book], I'm not gonna talk the way I ever did before to a waitress.” I'm thinking, well, that's pretty good. That means I've touched somebody, and that guy's 40 years younger than I am. So after I check out, he's still around.

In other words, I've touched him, so a bit of me is in him. And in that sense, there's immortality.  I do believe in a crazy form of immortality. So, I'm an atheist, yes. At the same time, I'm covering a few bets here and there.

Dick Gordon is the host of the APM radio show “The Story.” He was a foreign correspondent and regular fill-in host for the Canadian Broadcasting Corporation's national radio program, “This Morning.” He is also the former host of “The Connection.”