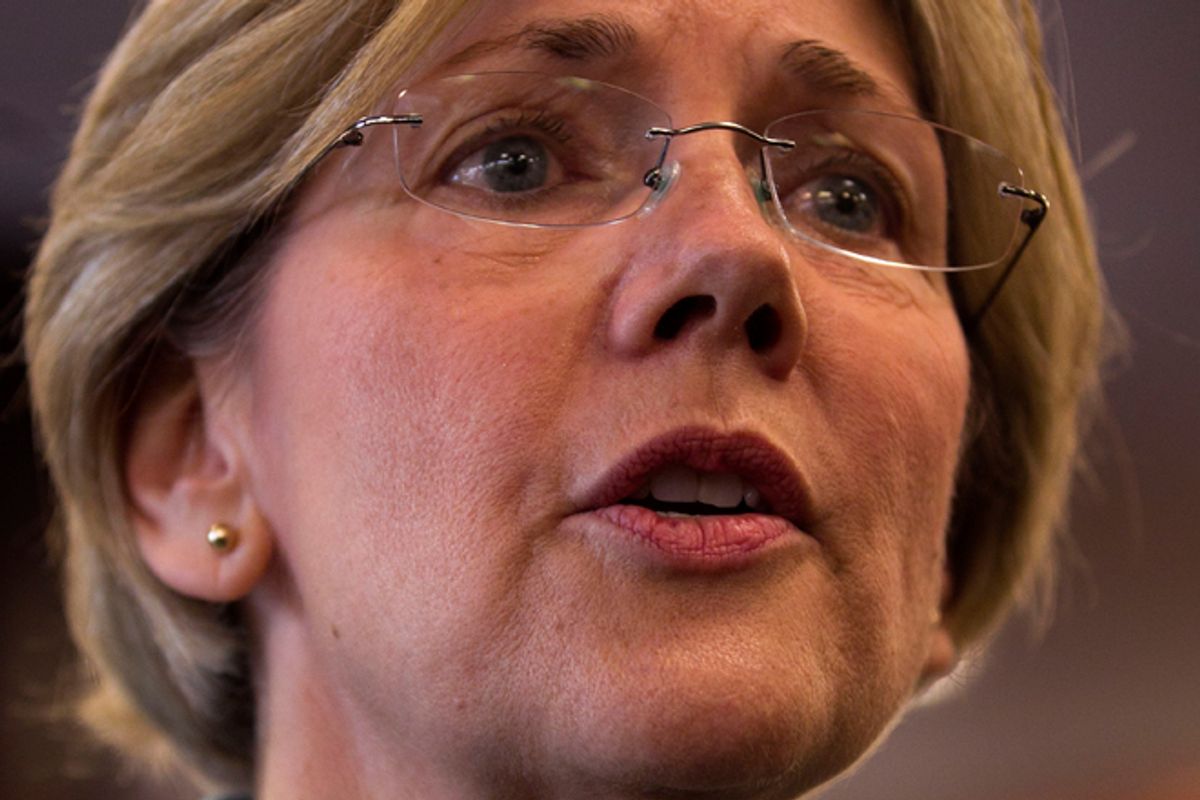 The National Review says Elizabeth Warren is guilty of the gravest crime a writer can commit: Plagiarism. Katrina Trinko compares passages from "All Your Worth: The Ultimate Money Lifetime Plan," Warren's book with her daughter, Amelia Warren Tyagi, with passages from "Getting on the Money Track," a book by Rob Black. The passages line up perfectly. The wording and even the punctuation are identical. It's plagiarism all right. Except it looks very much like Warren is actually the victim.

The National Review headline says "Plagiarism in Elizabeth Warren's 2006 book." The body refers to Warren publishing the book "in 2006" and Black's book coming out in 2005. That's true! Except that in 2006 the paperback of Warren's book was published. The hardcover came out in March of 2005. Black's book seems to have come out, if Amazon is correct, October 14 2005. (Or, according to Barnes and Noble, July 2005?) Months after Warren's book. Unless there was an earlier published hardcover version that I can't find on Amazon, it seems like Black most likely plagiarized Warren.

UPDATE: Damn, that didn't take long. Rich Lowry has acknowledged the mistake and says the post will be updated. It was so fun, while it lasted, this fake story.
UPDATE 2: And here's the correction. They say they took down the initial story.