Where are the young pols?

Joe Biden was 29 when he went to DC. Now senators are older than ever. Why did young people stop running for Senate 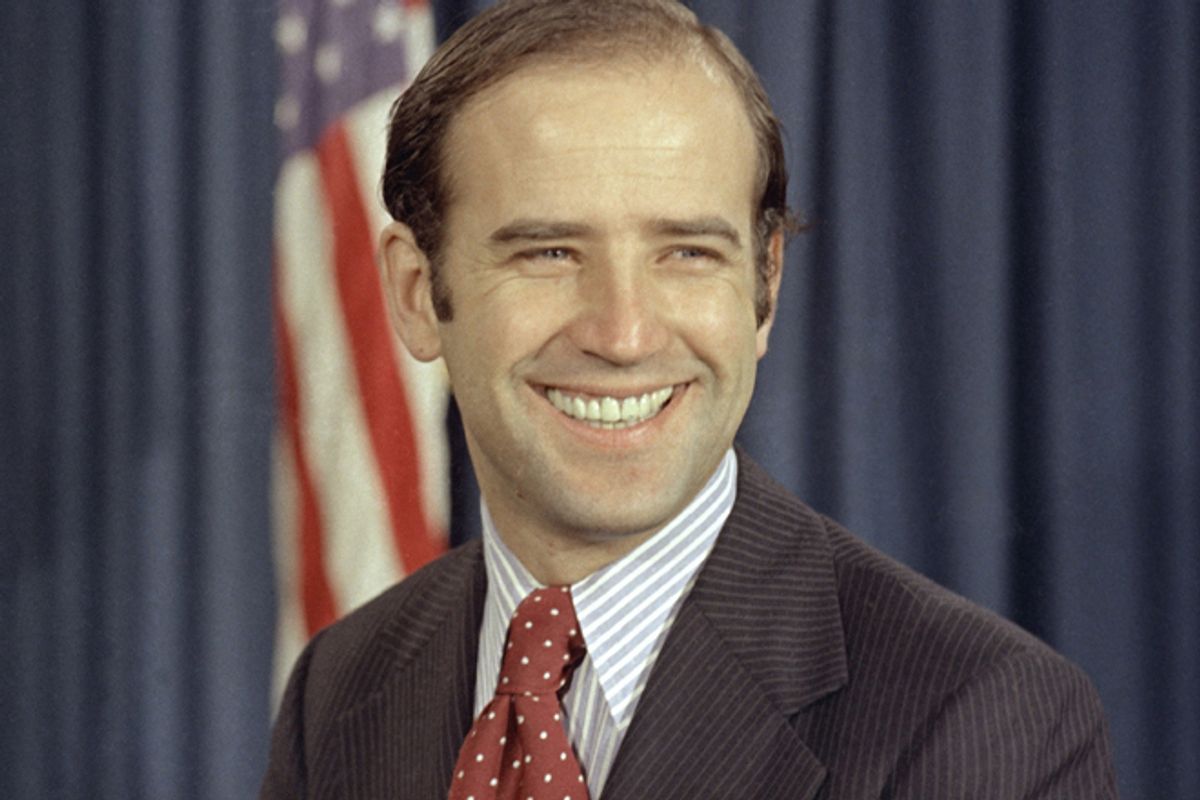 Two recent Senate primary elections produced surprise winners, both of whom are now front-runners for their seats: Deb Fischer in Nebraska, and Richard Mourdock in Indiana.

That’s not all Fischer and Mourdock have in common. Both of them, as it happens, were born in the same year. Harry Truman was president of the United States. Perry Como, Tony Bennett and Mario Lanza dominated the Hit Parade; "I Love Lucy" debuted on TV, if you had TV; and Joe DiMaggio was still playing for the Yankees. They were born in 1951. If they’re elected, they will be 61 years old when they take office.

Fischer and Mourdock were first eligible to vote for president in 1972. That year, while Richard Nixon was sweeping to a landslide victory, 29-year-old Joe Biden was winning a Senate seat in Delaware; he wouldn’t even be eligible for the office until his birthday on Nov. 20. He’s about nine years older than them, but by January he’ll have completed a four-year term as vice president … after his 36-year run in the world’s most exclusive – and rapidly aging – club.

And that, in a nutshell, is a sign of one way the United States Senate has changed over the last several decades.

It’s fairly well known, I think, that the average age of members of Congress has been growing older and older over time. While the current 112th Congress turned slightly in the younger direction, before that virtually every Congress for some time broke records for age, with the 111th  Senate peaking at an average of 63.1 years.

But what’s not been reported as far as I know is that one of the big factors in the aging of the Senate is in part a consequence not of high reelection rates or delayed retirement from senators too stubborn to quit, but of changes among incoming senators. Of course, not all newly elected senators are as old as Fischer and Mourdock, and Joe Biden was hardly typical of the 1970s, but as symbols of the change, you could do worse.

Let’s go to the numbers. I looked at the three most recent classes of senators, and four famous elections from the past: the Republican Revolution of 1994; the Reagan takeover of the Senate in 1980; the Watergate babies elected in 1974; and, stretching further back, the famous class of 1958, who would reform Congress and pass civil rights and Great Society legislation. In each case, I only looked at those elected in regular November elections of those years, ignoring those elected or appointed within election cycles (many of those, after all, are just caretakers who rapidly leave the Senate).

First, the recent groups. In 2006, the Democrats took over the Senate, and 10 new senators were elected. Their average age: 54.2 years. The next cycle was also good for the Democrats. Another 10 new senators showed up, with a whopping average age of 56.6. And then Republicans stormed back in 2010; the 13 new senators from that cycle were a slightly younger 52.8. Looking at individual senators, I count 10 of those 33 senators who reached their 60th birthdays before taking the oath of office – which also means that all of them would be on the far side of 65 before their terms expired.

Things look very different if we go back only a few years. The Clinton-era class of 1995 had 11 senators who averaged 48.8 years old. The 18-strong Reagan class of 1981 was only 46.7 years old, while the 10 aptly named Watergate babies tipped the clock at just 45.5 years, over a decade less than those sworn in at the beginning of the Obama presidency. Going way back to 1959, that illustrious group of 18 was just over an average of 50, thanks to the two oldest new senators in the whole study, 69-year-old Stephen Young of Ohio and Ernest Gruening, who was one of Alaska’s first two senators. However, and while I haven’t looked any further, those two look like total flukes; they are the only two 60-year-olds that year, and there are none at all in the Watergate and Reagan groups.

And Mourdock and Fischer are just par for the course in the current election cycle, which features strong contenders David Dewhurst of Texas (he’ll be 67 in January 2013), George Allen in Virginia (60), Angus King in Maine (67) and Elizabeth Warren in Massachusetts (63). Or look at Hawaii: In the Democratic primary, Ed Case (60) and Mazie Hirono (65) are contending to take on Linda Lingle (59). And I really don’t think Tommy Thompson is going to win in Wisconsin (I doubt he’ll make it through the primary), but if he does make it he’ll be 71 years old at the beginning of his term. And those are only the candidates with very good chances of winning.

Now, I certainly don’t have anything against individual older senators. Plenty of members of Congress have been excellent legislators in their 60s and even 70s. But I do think that there’s something wrong when most new senators in 2010 were out of college (where they wrote their term papers on typewriters) before Grandmaster Flash and the Furious Five unleashed the Message; perhaps more to the point, we’re still electing lots of new senators who grew up with Vietnam and the Soviet Union in the background, and hardly any who reached college when the Cold War was history instead of current events. Especially since many senators have said that it takes a full term for them to get fully up to speed – and after a full term, many of our recent new senators are on the far side of 70.

I really don’t have an explanation for why we’re nominating and electing much older Senate candidates these days, but I think it’s an unfortunate trend that can’t make for better representation or for a more engaged and active Senate. I’d like to see more senators in their 30s (and, yes, even in their 20s, ideally). I have no idea how to get there, but if the first part of solving a problem is to identify it, I hope this helps. If young people want Washington to be more receptive to their problems -- from climate to student-loan debt -- one solution might be to start electing people closer to their own ages.