Did slaves catch your seafood?

Thailand, a major source of fish imported to the US, depends on forced labor for its product 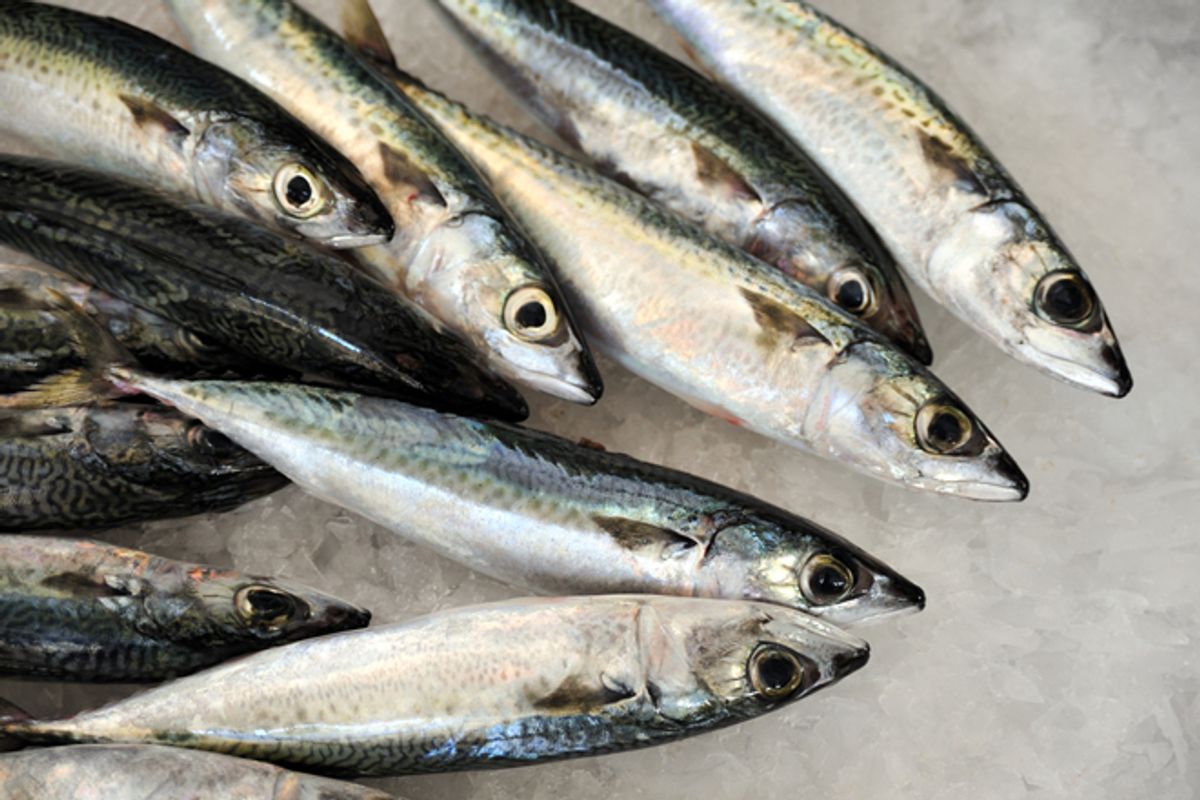 PREY VENG, Cambodia, and SAMUT SAKHON, Thailand — In the sun-baked flatlands of Cambodia, where dust stings the eyes and chokes the pores, there is a tiny clapboard house on cement stilts. It is home to three generations of runaway slaves.

The man of the house, Sokha, recently returned after nearly two years in captivity. His home is just as he left it: barren with a few dirty pillows passing for furniture. Slivers of daylight glow through cracks in the walls. The family’s most valuable possession, a sow, waddles and snorts beneath the elevated floorboards.

Before his December escape, Sokha (a pseudonym) was the property of a deep-sea trawler captain. The 39-year-old Cambodian, his teenage son and two young nephews were purchased for roughly $650, he said, each through brokers promising under-the-table jobs in a fish cannery.

There was no cannery. They were instead smuggled to a pier in neighboring Thailand, where they were shoved aboard a wooden vessel that motored into a lawless sea. His uncle had fallen for the same scam five years prior and escaped to warn the others. But Sokha told his son, then just 16, that this venture would turn out differently. He was wrong.

“We worked constantly, for no pay, through seasickness and vomiting, sometimes for two or three days straight,” he said. “We obeyed the captain’s every word.”

Near-daily death threats reinforced the captain’s supremacy. So did his Vietnam War-era K-54 pistol, and the night he carved up another slave’s face in view of the crew. “For 20 hours a day, we were forced to catch and sort sea creatures: mackerel, crabs, squid." It's back-breaking work, under the searing tropical sun. "But the fish wasn’t for us,” he added.

So who was it all for?

The answer should unsettle anyone who closely examines Thailand’s multi-billion dollar wild-caught seafood industry and the darkest links in its supply chain.

“It’s an export-oriented market. And we know the countries where these products are exported to,” said Lisa Rende Taylor, chief technical specialist with the United Nations Inter-Agency Project on Human Trafficking or UNIAP. “Do the math.”

For Americans, the calculation is worrisome. Thailand is the United States’ second-largest supplier of foreign seafood. Of America's total seafood imports, one out of every six pounds comes from the Southeast Asian nation.

In 2011 alone, Thailand exported 827 million pounds of seafood worth more than $2.5 billion to the US, according to National Marine Fisheries Service figures. The only nation that consumes more Thai seafood exports is Japan.

Murder is an occupational hazard. But a monotonous job assembling iPads is heaven compared to slavery on a Thai trawler, where conditions are as grueling and violent as any 19th-century American plantation. The lucky escape within a year or so. Less fortunate are those traded several times over for years on end.

Denying that the fruits of forced labor reach the biggest importers of Thai seafood — Japan, America, China and the European Union — has become increasingly implausible.

A long trail of offshore operators — slave boats, motherships and independent fishmongers — can obfuscate the origins of slave-caught seafood before it ever reaches the shore. While the industry’s biggest earners rely on clannish and violence-prone fishing crews for raw material, they’re distanced from the worst abuses by hundreds of nautical miles and several degrees of middlemen.

The result is that many Thai factory bosses have no idea who caught the seafood they process for foreign consumers.

There are caveats. The majority of Thailand’s two largest seafood exports to the US — tuna and shrimp — are sourced differently. Most “Thai” tuna is actually imported from overseas and processed for re-export. The shrimp industry, though routinely accused of abusing poor migrants, is at least vulnerable to spot checks on seaside farms.

The same cannot be said for deep-sea trawlers, the favored vessel of slave-driving captains.

The species caught by Thai trawlers legal and illicit alike include sardines, mackerel, cuttlefish, squid, anchovies and "trash fish," tiny or foul-tasting catch ground into animal food or preserved to create fish sauce. Americans consume these breeds en masse. One in five pounds of America's imported mackerel or sardines comes from Thailand, according to US government records. For processed fish balls, puddings or cakes — made from trawlers' trash fish — the figure is one in three pounds. Thai fish sauce supplies nearly 80 percent of the American market.

All that trawler catch ends up in familiar American fare: anchovy pizzas, squid linguine, smoked mackerel salads and fish fillets on ice. Even pets are entangled: trash fish is a common dog- and cat-food ingredient. But industry representatives in Thailand admit there's often no way to tell whether a particular package of deep-sea fish was caught using forced labor.

Using bar codes, American shoppers can track packaged Thai-exported seafood to its onshore processing facility, said Arthon Piboonthanapatana, secretary general of the Thai Frozen Foods Association. "You can trace it back to the factories."

But exporters, he said, are not in the business of policing the fishing syndicates that supply their factories. “We only have the power to enforce our members,” Arthon said. “We have no power to enforce other stakeholders such as boats or fishermen.”

American seafood importers consider themselves similarly powerless in overseeing far-flung Thai boats. "Western regulatory agencies have little or no reach, or authority, over various parts of the value chain," said Gavin Gibbons, spokesman for the National Fisheries Institute, America's chief seafood trade organization and lobbying group based outside Washington, DC. The institute will promptly respond to allegations against specific factories, he said. But so far, it has not found an effective way to monitor conditions on deep-sea boats catching US-bound fish.

"We have started discussions with our members about just how far an audit could realistically go and whether, perhaps, there are dockside audits that could be developed," Gibbons said.

The "nature of boats being at sea," he said, presents a major challenge to industry's self-policing efforts.

International pressure to rid Thailand’s seafood trade of slavery is mounting. Thailand teeters just above the US State Department’s worst human-trafficking ranking and could be downgraded this summer. Last year, during a visit that vexed Bangkok officials, a UN rapporteur declared that forced labor is “notoriously common” in Thailand’s fishing sector and even alleged police complicity.

“It’s not like monitoring brothels, plantations or factories ... all this labor is at sea,” Rende Taylor said. “So it’s essentially a universe where captains are king. Some are out to make as much money as possible by working these guys around the clock and being as cruel as they want to be.”