It's time for Dharun Ravi to apologize

Tyler Clementi's roommate gets a month of jail time in the Rutgers intimidation case. Will he ever say "sorry"? 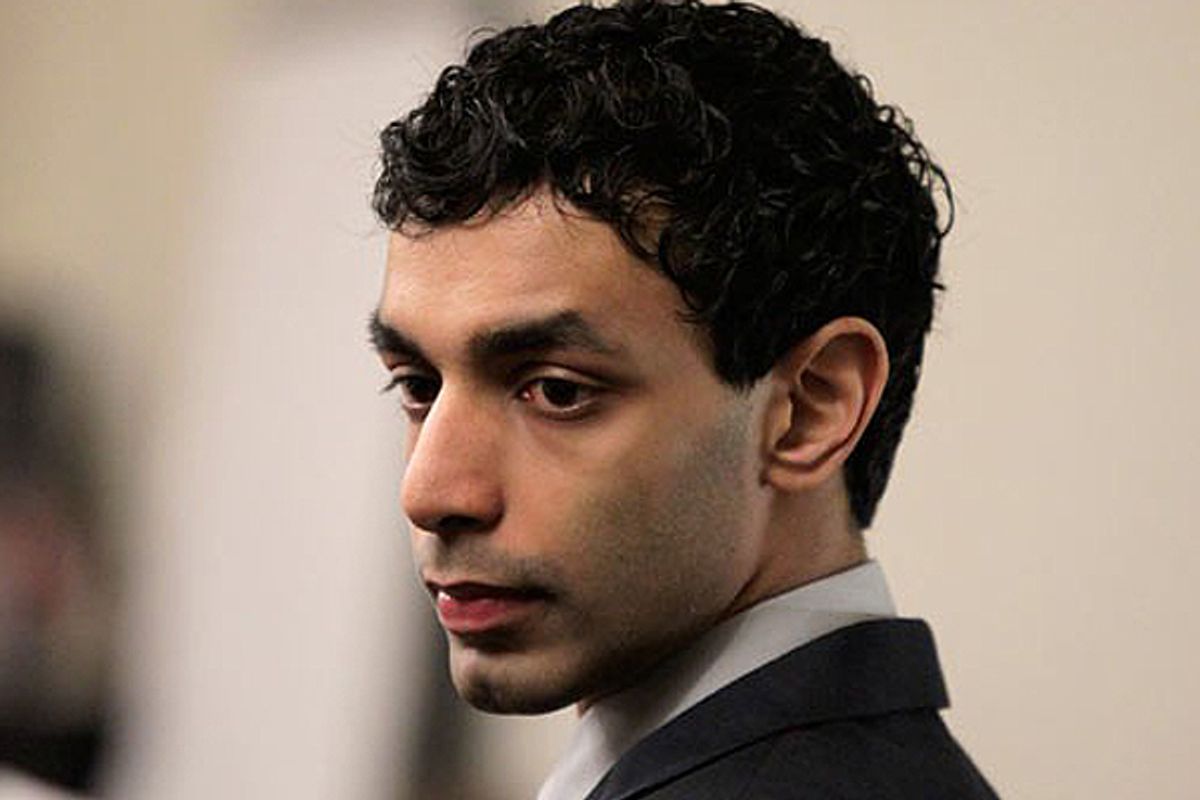 Tyler Clementi's mother calls his actions "evil and malicious." His father says they were "the cold-hearted violations" of his son, who committed suicide in September 2010. And a young man known only as "M.B." said in a written statement that he "caused me a great deal of pain." So, does Dharun Ravi's punishment -- 30 days jail time, 300 hours of community service, three years' probation, and $11,900 total in fines -- fit the crimes of which he's been found guilty?

In March, Ravi was convicted of charges of bias and intimidation stemming from the death of Clementi, his Rutgers roommate, whom he had secretly filmed, in Ravi's words, "making out with a dude." It was a story that reverberated around the world, and helped invigorate the anti-bullying movement. As Judge Glenn Berman handed down the sentence Monday afternoon, calling Ravi's actions "offensive and unconscionable," he said that he would not recommend deportation. But the judge did pointedly tell Ravi, "I haven't heard you apologize once" for his callous behavior. And he said he made "no comment" regarding any further civil actions the Clementis might take.

Though Berman said he believed the sentence "disenchanted both sides," it's one that shows respect for the law as it stands in New Jersey. It also offers what Berman calls the "hopeful" possibility that Ravi -- and others who have so cavalierly shamed and exploited people -- might learn something about the quality of mercy. Maybe all those hours of service can teach Ravi something he, as an 18-year-old college freshman, was so devastatingly lacking.

In her remarks to the court Monday, Clementi's mother tearfully said that a piece of her died when her child killed himself. And M.B., the anonymous young man whom Ravi secretly recorded with Clementi in September 2010, said in a statement to the court that while he bore Ravi no malice, he "just wanted him to acknowledge that he had done wrong and take responsibility for his conduct." That atonement isn't something a judge can impose. And it's a statement Ravi has yet to make.