The installation included a plastic bag with a battery inside of it, hanging from a tree 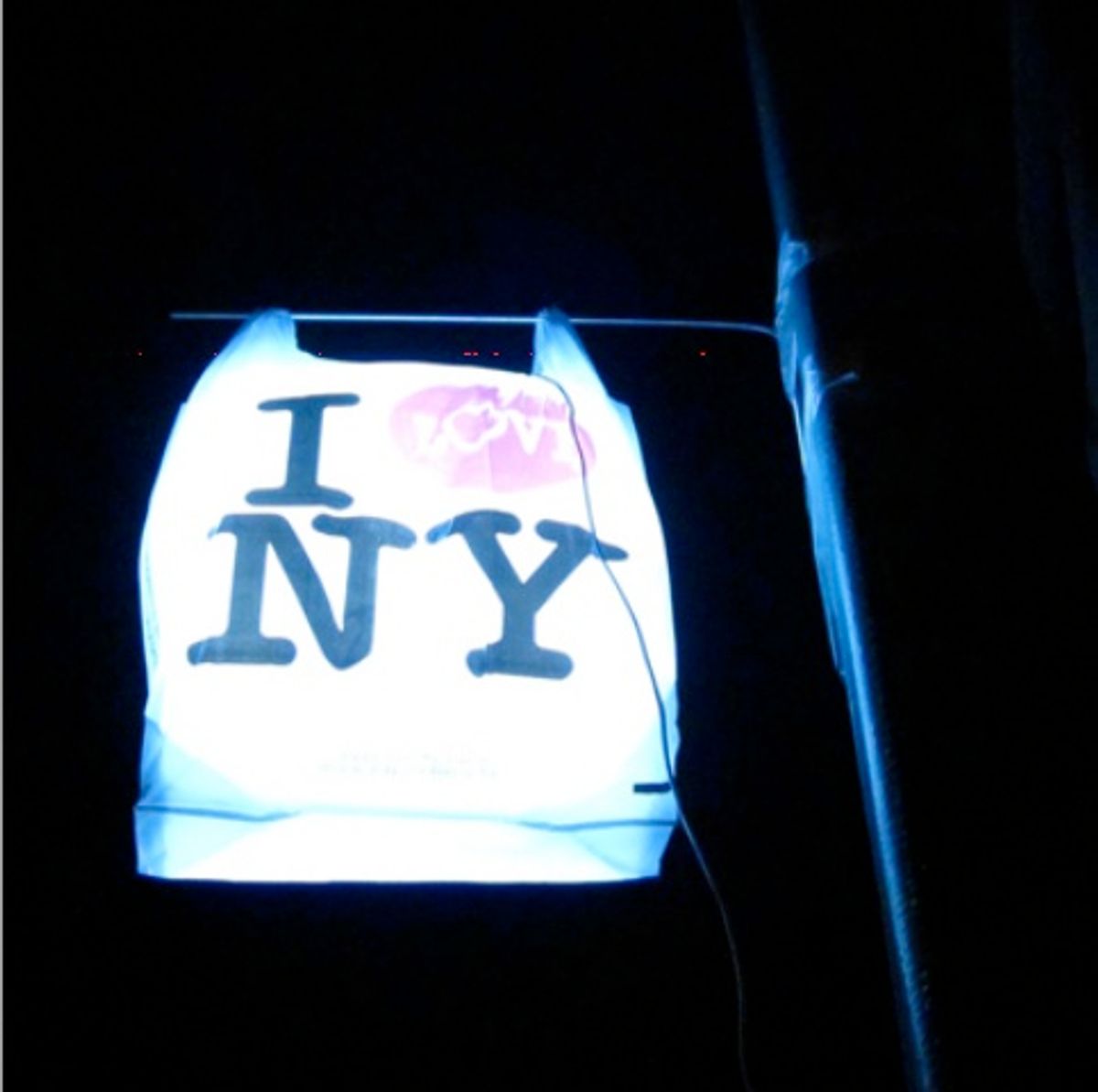 NEW YORK (AP) — An artist who was setting up an "I Love New York"-themed public art display in Brooklyn was arrested after the wired contraption was mistaken for an explosive device.

Takeshi Miyakawa, a visual artist and furniture designer, was arrested Saturday after placing the installation in two separate areas of the same New York City neighborhood. His lawyer and employer both called the arrest a misunderstanding.

The first apparatus was found Friday morning after a caller reported a suspicious package to police. It consisted of a plastic bag that contained a battery and was suspended from a metal rod attached to a tree. The bag, which had the classic "I Love New York" logo printed on it, was connected by a wire to a plastic box that contained more wires.

The area was evacuated for two hours until a bomb squad determined that the device was not dangerous.

At about 2 a.m. Saturday, a police officer discovered Miyakawa on a ladder not far from where the first contraption was found. Police said he was tying a similar "I Love New York" bag to a public lamp post.

A judge ordered him held pending a psychiatric evaluation. His lawyer, Deborah J. Blum, said Monday that she is filing for emergency relief to have Miyakawa released. A court date was set for June 21 to review the results of the evaluation.

"He's still being held," Blum said Monday. "I believe that it was a gross misunderstanding and other than that I don't have any other comment."

Miyakawa, who was born in Tokyo and is about 50 years old, has worked for a New York-based architect Rafael Vinoly for the last 20 years and also has an independent design practice.

Vinoly's firm released a statement Monday praising Miyakawa for his "extraordinary brand of professionalism" and said he has been a mentor to generations of young architects.

"Takeshi is a fabulous human being and a person of extraordinary talent," Vinoly said. "We hope this misunderstanding is cleared up as quickly as possible."

"It's hard to understand why a light-up bag in a tree would be treated as an attempted terrorist act unless there's more to the story than has been reported in the press thus far," she said.

In 2007, an artist touched off a terror scare in Boston by placing electronic devices around the city as part of a marketing stunt for Cartoon Network. The city closed bridges, roads and public transit before authorities realized the signs were not bombs.

On an average day, the NYPD receives nearly 100 reports of a suspicious package. Last year, there were more than 4,000 such reports. The number generally rises following any word of terror threats in New York and around the world.