Less ambitious shows might survive losing a creator. But firing the prickly showrunner bodes poorly for next season 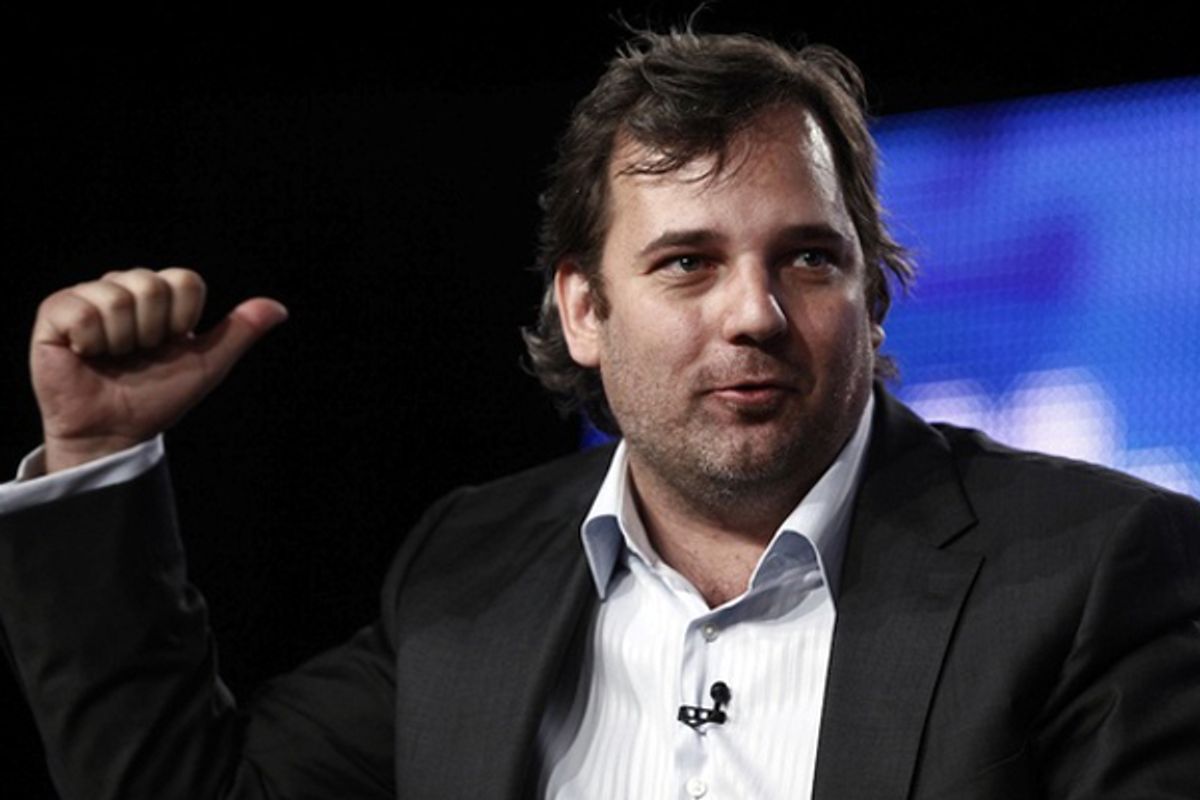 A recent episode of NBC's “Community” floated the possibility — debunked by episode’s end — that the seven main characters had not spent the previous three years navigating life, each other and paintball fights at Greendale Community College, but instead, had only been imagining them. In the episode, the recently expelled Greendale Seven found themselves in a group therapy session with a nefarious shrink, keen to keep them away from their college using any psychological means necessary. The therapist temporarily convinced them they had spent the previous years in a mental institution and that everything they remembered happening at school, except their friendship, had been a collective fantasy, a “shared psychosis” dreamed up in the asylum.

As I was watching this episode, "Curriculum Unavailable,” I remember calmly thinking something like, “Huh. That would really explain Leonard.” The possibility that “Community” might be about to “St. Elsewhere” its audience ("St. Elsewhere" ended on the reveal that everything that had happened in the series had all taken place inside the mind of an autistic boy) was not particularly alarming to me. Group psychosis explained a lot about the show's extremely dark psychology, and, anyway, on “Community,” stranger things had happened.

As of late Friday evening, when “Community’s” creator and showrunner Dan Harmon was abruptly fired by Sony from the show he obsessively oversaw, I’ve realized that the real reason I was unphased by "Curriculum Unavailable” was because I was already very comfortable with thinking about “Community” as the figment of someone’s feverish imagination. That someone was just Dan Harmon.

Writing about “2 Broke Girls” recently, I noted that there is a fault line running through television where art rubs up against commerce. I should have saved that metaphor, because this “Community” situation is like an 8.0 on the art-commerce Richter scale. Consider the aftershocks: The perpetually low-rated, but fanatically beloved “Community” was just renewed by NBC for a fourth, 13-episode season. Why renew it just to fire the guy responsible for it? To escape the bad press of canceling a critically acclaimed series? Or is it the opposite impulse — to make enough episodes to get the show into syndication?

Harmon is an infamously -- and self-proclaimed -- difficult guy to work for and with. Earlier this year, he got into a public fight with “Community’s” Chevy Chase after Harmon played an incensed voice mail from Chase at a public event. Harmon apologized, though not to Chase, and a few weeks later was back to calling him a jerk on Twitter. If Harmon’s behavior was bad enough to get him fired, it was also the same crazy mentality that made “Community” one of the strangest shows to ever air on network television. How badly behaved does a great artist have to be to get kicked off his own creation without so much as a phone call?

Speaking about “Community” last week, before the news about Harmon was public, Bob Greenblatt, the head of NBC, said "Shows lose showrunners all the time and do well.” This is and isn’t true. Workaday TV shows, procedurals, sitcoms, long-running dramas, change showrunners all the time. But for the growing number of auteurist series driven largely by one personality — everything from “The Sopranos” and ‘The Wire” to “Louie” and, yes, “Community” — a showrunner change is not common, and is usually about as imaginable or advisable as Matt Weiner getting fired from “Mad Men” and that show soldiering on without him. It happens — Aaron Sorkin left “The West Wing” after four years, for example — but the shows are never the same.

“Community” seems to me particularly poorly designed to continue without Harmon. If “Community” were a more standard comedy, the new showrunners — two writers from “Happy Endings” — would just have to take the seven characters and make them funny. But causing belly laughs seems secondary to “Community’s” précis, which emphasizes being exhilaratingly clever, formalistically inventive and impressively bonkers over being laugh-out-loud hilarious. Harmon’s approach to television has always been almost athletic: With each episode, he sets out to break his previous record for genre bending, to outdo what everyone else has done before. To make “Community” “Community” then, the new writers don’t just have to tell jokes, they have to maintain its outdo spirit. They have to outrun or at least keep pace with Dan Harmon’s brain.

And because of his “let’s boldly go where no TV show has ever gone before!” ethos, Harmon has long since made his brain a major, off-screen character on “Community.” More than most other showrunners, even the great ones, one can feel Harmon in each episode, egging the show on to new heights, exposing the mechanics of the genre. I could watch Troy and Abed do their secret handshake 1,000 times a day, but I don't watch "Community" for Troy and Abed, adorable besties that they are. I watch for the episodes with multiple timelines, for Dungeons & Dragons games come to life, for claymation Christmas specials, and for "My Dinner With Andre" and "Die Hard" spoofs. I watch for Dan Harmon's unmatched and, now it seems, unsustainable ambition. Oh, damn it. I guess I mean watched.