In the1970s, teen magazines were my obsession -- and inspired my love of design 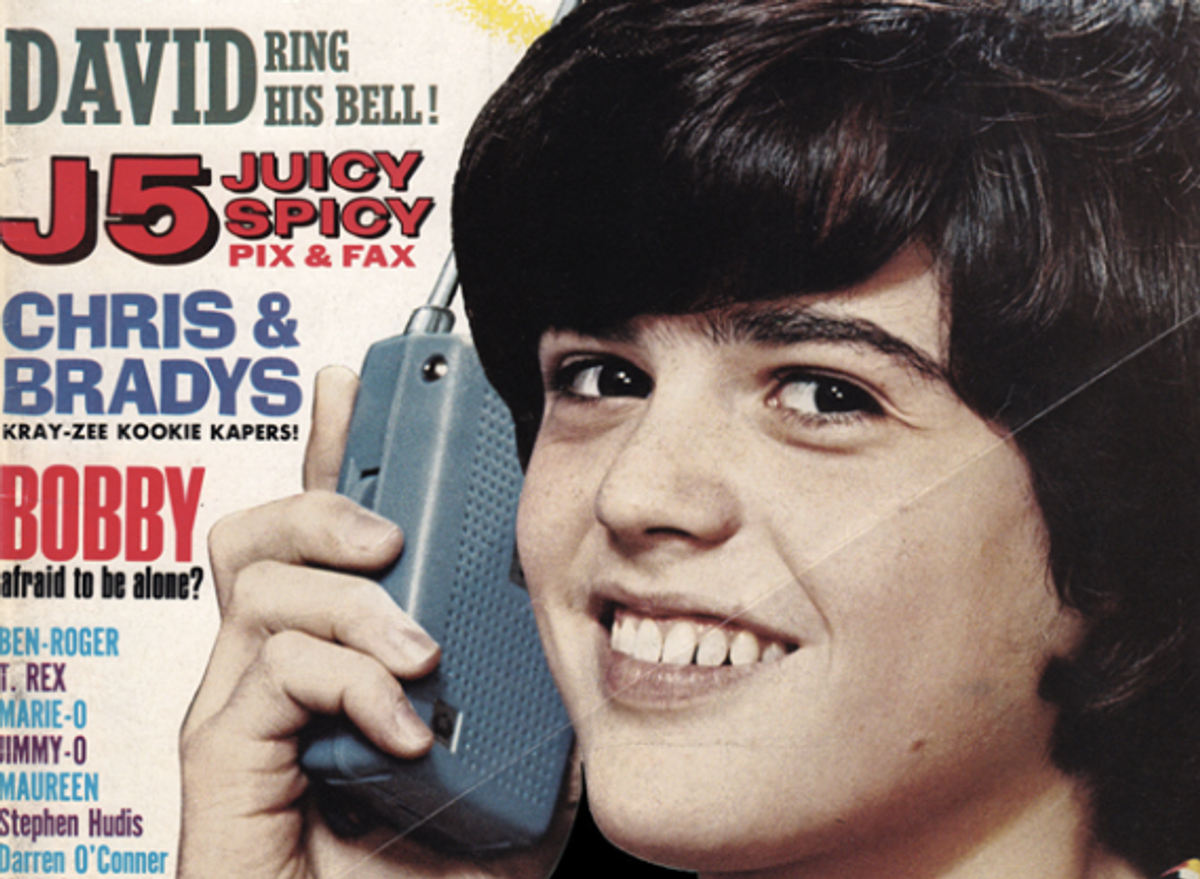 Before there was a Justin Bieber — before there was even a Justin Timberlake — there was Donny Osmond. One summer night in the 1970s, my poor older brother, Mike, was forced to take his preteen sisters to see Donny and those other Osmonds, as well as the Jackson 5, at New York’s Madison Square Garden.

Imagine the stress of worrying about two adolescent girls and their obligatory mutual friend dancing their way down from the cheap seats to the slightly better view one section below. Mike was in college, and my sister and I weren’t even in high school yet. I guess that’s why our brother sat ducked down in his seat, hiding behind a newspaper.

16 was my first magazine subscription, though I never got to send away for any of the groovy posters or luv kits. 16 and Spec were essentially the same publication, but the idea of reading a magazine called 16 made me feel older—you know, more mature.

Gloria Stavers was 16 magazine in the early 1970s. She met its owner, Jacques Chambrun, in 1958 and signed on as office staff for the nascent publication. She checked reader mail and fulfilled subscriptions, all the while studying young readers’ needs. She soon made a name for herself in the entertainment industry with her list of questions compiled from the typical queries the magazine received — “40 Intimate Questions.” By late 1958, Chambrun named Stavers editor in chief of 16. The writer Dave Marsh calls her the “first real pop journalist.”

Stavers published teen idols’ loves ’n’ hates, baby pix, and wonderfully whitewashed life stories. There was no sex to speak of, though there was an implied — and completely benign — sexiness in some of the feature titles (“What I Do After Dark!”). The stories were upbeat, and the stars didn't have things like drug or alcohol problems. There were lots of exclamation marks and no sordid scandals. And ohhhh, the pinups that were carefully removed from the center of the book and taped to my bedroom walls ...

The 16 mag (always mag, never magazine) of my childhood asked squealing preteens to choose between Donny, David, and Michael. Though I did like David Cassidy and his groovy hair, and enjoyed a little Donny from time to time, my heart ultimately belonged to Michael Jackson. He seemed like a shy guy, which was intriguing, and Michael didn’t get quite as much magazine real estate as Donny. I always rooted for the underdog, even back in 1973.

I was past my teen-mag expiration date by the time Andy and David Williams and Shaun Cassidy became fave raves. And I never quite understood the appeal of Randy Mantooth or Rick Springfield, though I always had a huge crush on Scott Jacoby.

1970s-era Spec and 16 inspired my love of publication design. Looking back, of course, they’re both pretty cheesy but also charming and unself-conscious with their rub-down type and Chartpak rules. The colors! The illustrations!

These are my teen mags, by the way, not eBay purchases—though admittedly, I've been seriously tempted...