For House Republicans, the less we know about our country and our planet, the better 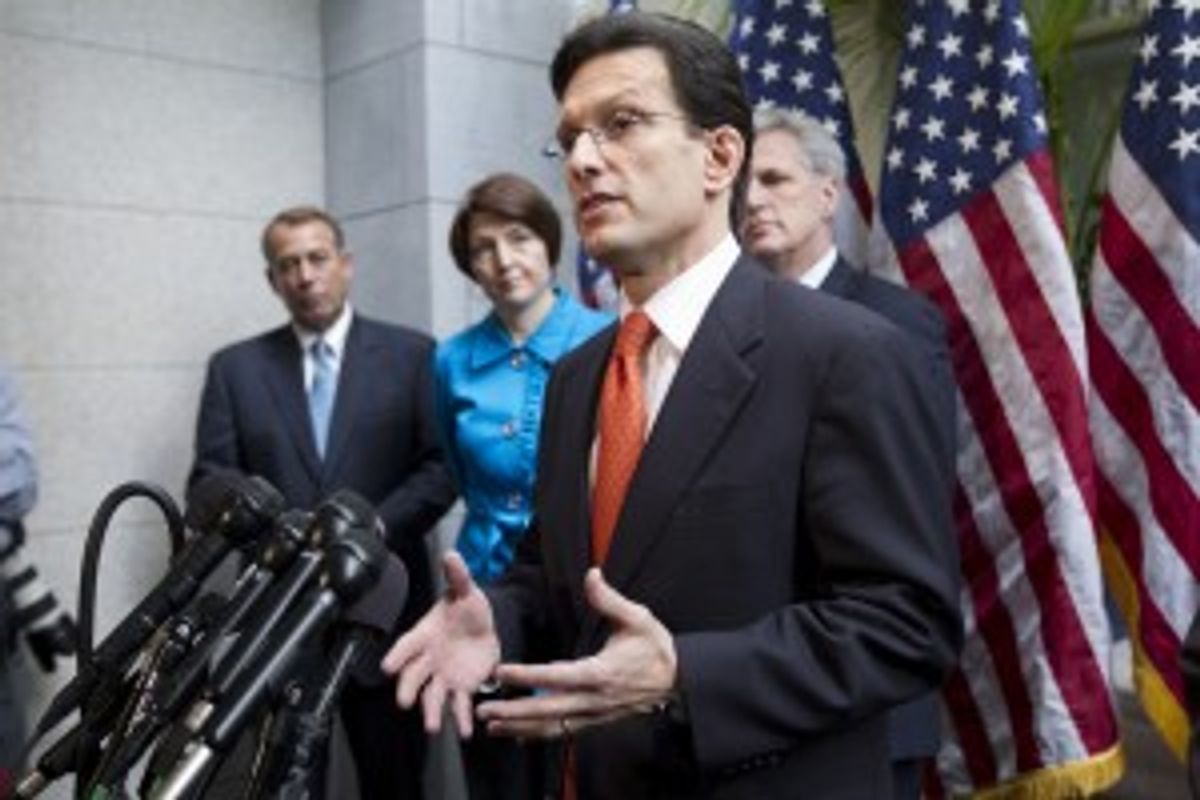 Watching the antics of the House GOP, you get the very strong sense that if the class of Republicans elected in 2010 were offered a chance to repeal the Enlightenment, they would leap at the opportunity. The great flowering of science and philosophy that reached critical mass in the 17th century employed human reason to batter away at the dogmas of blind faith. But as far as the Tea Party seems to be concerned, that was just one big wrong turn.

The most recent evidence that the current incarnation of the Republican Party just can't handle the truth arrived this month when House Republicans voted to get rid of the American Community Survey. The ACS is an annual information-gathering effort that's part of the U.S. Census. Every year, a randomized sample of 3 million Americans is surveyed for data on "demographic, housing, social and economic characteristics." In one form or another, the U.S. government has been carrying out similar surveys since 1850 -- the current version is the fourth major iteration.

Most sensible people consider the ACS to be extremely useful, the kind of thing that government is really well equipped to carry out. That is not, or at least did not used to be, a partisan statement. Both private and public sector policymakers use ACS data to make important decisions. The federal government allocates $450 billion annually according, in part, to information derived from the ACS. Businesses also consider the ACS vital, which explains why the U.S. Chamber of Commerce, rarely a fan of government spending, is opposed to the House action.

Even conservative economists are leery: The clearest evidence that the House GOP has gone completely beyond the pale can be seen in a Businessweek article reporting that representatives of the American Enterprise Institute, Heritage Foundation and Cato Institute all declared their support for government data gathering. If you don't understand what's going on in the U.S. economy on a granular level, you're flying blind. This should not be a controversial statement.

Even the Wall Street Journal is appalled -- although the lead sentence of its editorial criticizing the funding cuts required some remarkable calisthenics before reaching the point of disapproval.

With the contempt of the Washington establishment raining down on House Republicans for voting on principle, every now and then the GOP does something that feeds the otherwise false narrative of political extremism.

Marvelous! In one sentence, the Journal's editorial writer manages to deny, not once, but twice, the self-evident fact that the current crop of House Republicans occupies the nethermost regions of right-wing extremism, while at the same time admitting that, yeah, well, in this one case they are indeed bonkers.

There's been no end of media chatter focusing on the importance of the data gathered by the ACS. We've also heard how the Constitution specifically enjoins Congress to gather demographic information "in such a manner as they shall by law direct.” And, in fact, the current form of the ACS follows the mandate set forth by a Republican Congress in 2005.

The sponsor of the House measure, the freshman Florida Republican Daniel Webster, claims that ACS questions are too "intrusive" and "the very picture of what's wrong in D.C." He seems to be projecting. The very picture of what's wrong with D.C. is exquisitely captured by daily demonstration that one of our leading political parties is dedicated to the proposition that the less we know about what is going on in our economy or on our planet, the better. If science tells us that one of the consequences of human activity is an overheated planet, then the answer is to defund climate research. If data gathered by the ACS gives us a better understanding of where poverty may be growing as a result of economic policies put into place over the past few decades, best to just to close our eyes and ignore it.

Which brings us back to the 17th century. It's no stretch to argue that both representative democracy and the Industrial Revolution flourished in large part through the application of Enlightenment principles. The founders of the United States were very much a product of Enlightenment ideals. Looking for an Enlightenment avatar? Think Ben Franklin. Progress is built on the accumulation of knowledge, and ideological rigidity shouldn't be able to compete against the truth that derives from a better understanding of our universe. And yet that's where we are today -- watching as one of the two major political parties in our country becomes not just more and more distrustful of science, but also opposed to the very notion of information-gathering -- and governs accordingly.