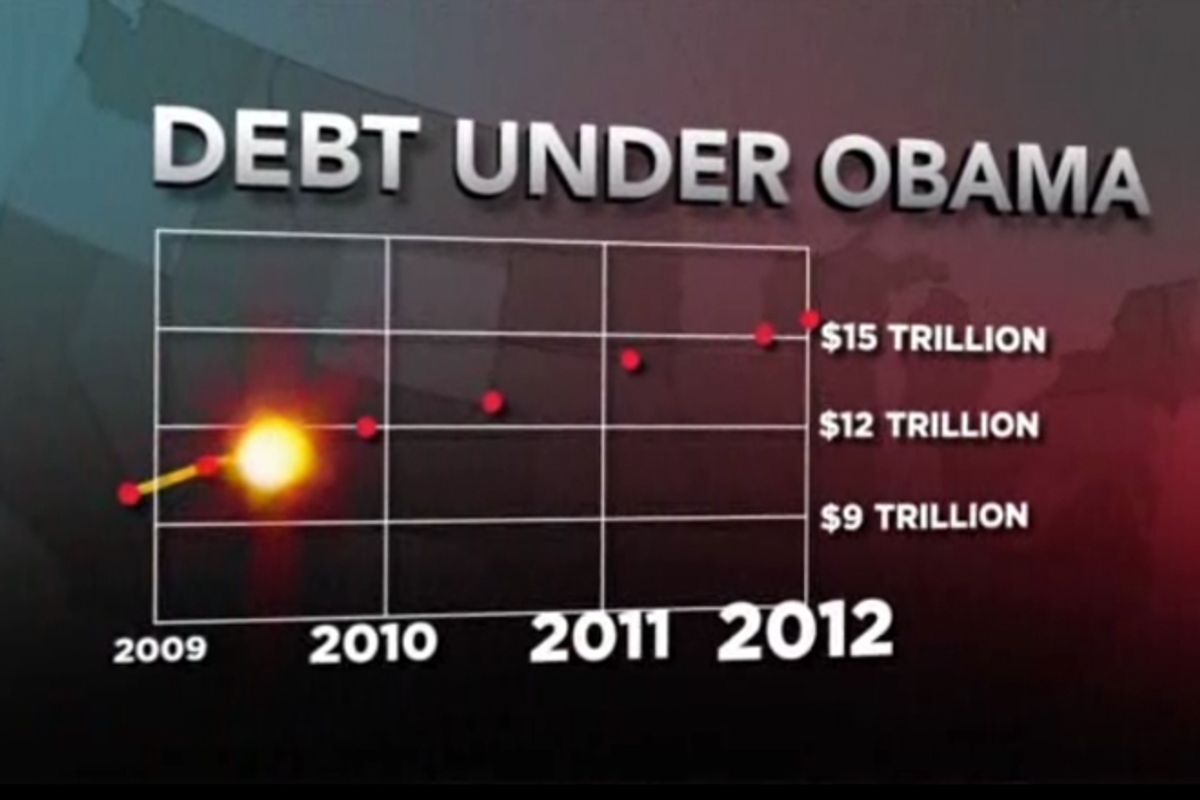 One of the themes I’ve been emphasizing is the role of context in the presidential race. President Obama’s reelection prospects depend on swing voters considering not just the current state of the economy, but also the factors that led us here and the economic vision that Mitt Romney would bring to the presidency. Romney’s hopes, on the other hand, depend on those same voters either ignoring or rationalizing away the context that Obama tries to introduce and simply voting him out because of their profound economic anxiety.

This often results in maddeningly deceptive messaging from Romney and his allies, something that the newest ad from the Karl Rove-affiliated Crossroads GPS illustrates perfectly:

There’s nothing very complicated going on here, just an attempt to connect an everywoman’s despair about what a weak economy has done to her family with a bunch of scary-seeming statistics about spending and debt under Obama.

The CliffsNotes version of what’s wrong with this: 1) There’s been no spending explosion under Obama; 2) the increase in debt under Obama can be traced to the economic crash (which dramatically reduced federal revenue), the wars, the Bush tax cuts (which, yes, Obama agreed to extend – at the insistence of Republicans), the 2003 Medicare prescription drug law, and only to a very minor extent the 2009 stimulus; and 3) the economy would actually be in better shape now if Obama had spent more.

That’s the context that the Obama campaign needs the public to understand, and you can see why it’s such a struggle. Voters have a demonstrated tendency to express concerns about deficits only when the economy is bad. This is why, for instance, the Democrats during the 1981/82 recession reaped a political windfall while railing against Ronald Reagan’s massive deficits, but gained zero traction on the issue when the economy improved in 1984 – even though deficits were even higher (and still soaring) then.

The lesson is that most voters don’t actually care about the deficit itself, or really understand what it is. But it’s a scary-sounding word that conjures thoughts of government bloat and reckless spending, which makes it an irresistible weapon for a recession-era opposition party.