TV season finales used to be about crazy couplings and exciting explosions. Where did the fun go? 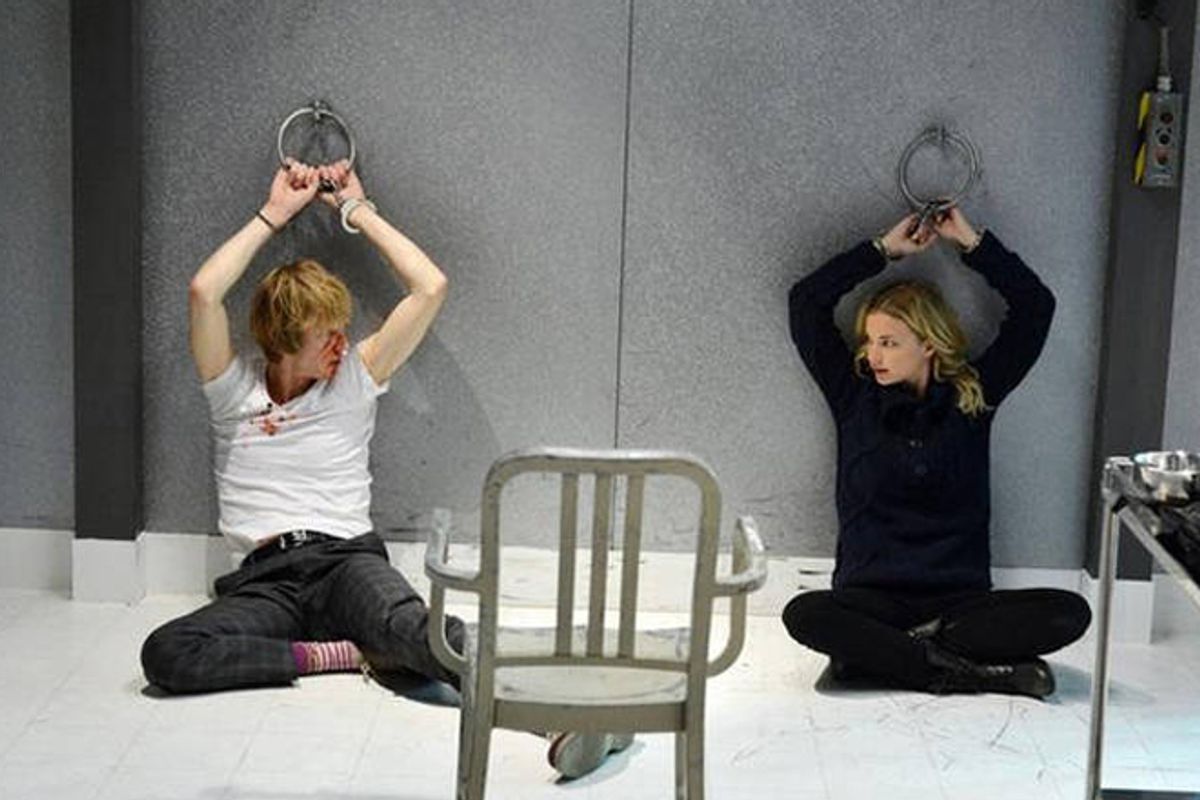 There are a few times of year when network television can typically be relied upon to be as interesting as cable: The fall, when the networks vomit out dozens of new programs; February, when the networks cough up a dozen or so more; and May, when all the series that have survived the year try to end in spectacular fashion. During this last period, season-finale time, couples couple, get married and have babies; characters quit, get fired and die; disasters occur; buildings explode; guns blaze; hatches are discovered and protagonists are left dangling off cliffs, both actual and metaphorical. It’s the TV equivalent of blockbuster season, and like blockbuster season, it can and should be fun. Though in recent years cable shows have been responsible for a disproportionate number of the “Holy crap, did that just happen?!” finales (hello, Gus Fring and his brand-new face!), network shows are usually good for at least some insanity, some drama, some transcendent event that will get people talking around the storied watercooler. Not this year. Nope, this year, season finale season has been a bust.

The dearth of enjoyably over-the-top finales both is, and is not, a coincidence. Some of the shows that went big in the past opted to take a more low-key approach this May. Last year “The Good Wife” ended with Alicia and Will finally smooching outside a hotel room; this year it ended with Kalinda sitting in her apartment, gun in hand, waiting for her front door to open. Last year, “Community” wrapped up with its balls-to-the-wall, two-part spaghetti-western paintball extravaganza; this year it ended with a relatively understated episode about Evil Abed, leaving everyone to talk about Dan Harmon’s firing instead.

What isn’t a coincidence, is that there are very few good, tentpole network dramas, and it’s those dramas that usually provide the crazy come finale time. The two long-running series that ended this year, “Desperate Housewives”  and “House,” both ended quietly, which is to say in exactly the mediocre fashion they’ve been plodding along in for years. For either of these shows to have had must-see finales, they would have had to wrap up seasons ago, before they got creatively stale. Meanwhile, many of the new shows that started the season with the sort of mythologies that tend to make for the most memorable finales flamed out in one way or another:  The mediocre “Alcatraz” and “Terra Nova” were canceled, “Person of Interest” exists in the CBS procedural ghetto, and very few people watch “Awake.” The only show left that could plausibly deliver a juicy season-ending event is ABC’s super-soap “Revenge,” which finishes tonight. Its creator has promised someone “important” will die. My fingers and toes are all crossed.

Even the shows that have heeded the command of finale time — go big — have felt flat. On “Castle,” the show’s longtime will-they-won’t-they couple finally fornicated, following a very by-the-numbers “here I am on your doorstep all wet from the rain, at long last ready to have sex with you” moment. Last year had an equivalent event, when “Bones’s” longtime will-they-won't-they couple Dr. Brennan and Booth paired off, but in a stranger and therefore more interesting way. Without so much as an on-screen kiss, Brennan told Booth she was pregnant with his baby. As far as twists go, surprise baby trumps emo sex against a wall.

One show that did bring its A-schlock game to its finale was “Grey’s Anatomy,” which stranded six major characters and a pilot in the woods after a serious plane crash, and crushed one to death underneath the fuselage. (At the time the episode was written, the cast members had yet to re-sign their contracts. Presumably, had they failed to sign, there would have been more fatalities.) This amount of carnage would have been a lot more stupendous if extreme violence wasn't a staple of "Grey's," which had a grieved and crazed gunman shoot up the hospital and its staff two finales ago. The characters have long since taken to calling their workplace “Seattle Grace Mercy Death," a joke about the number of horrible coincidences that have befallen them there (car accidents, fatal bus crashes, shootings, suicide attempts, exploding bombs, etc.). At this point, I wouldn’t bet against a dirty bomb showing up in next year's finale. Which, come to think of it, sounds just insane enough to be spectacular.