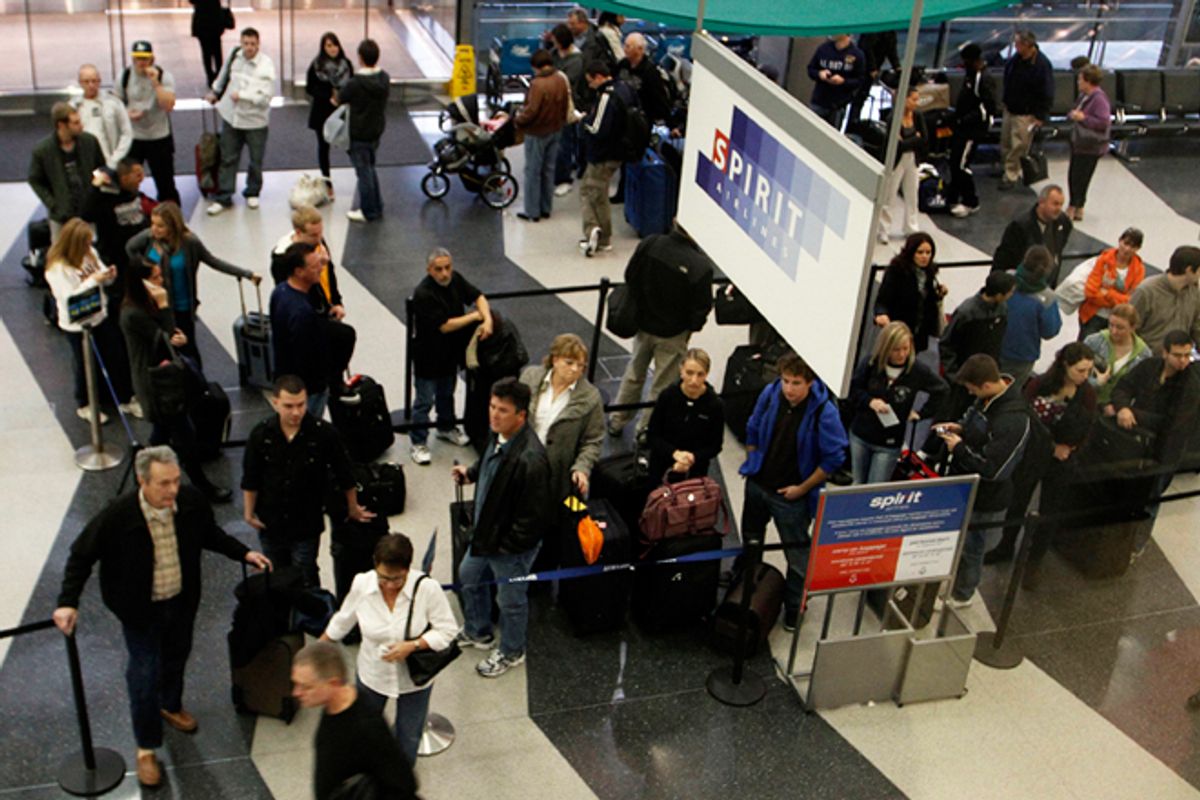 On Tuesday, a Senate Appropriations Committee vote effectively highlighted everything that is stupid about politics.

The Transportation Security Administration, a universally loathed government agency, is facing a shortfall, despite its more than $8 billion budget. Instead of having a debate over what effective airport security might actually look like and how much should reasonably be spent on the honestly rare threat of commercial-air-travel-based terrorism, there was a debate over how best to come up with the money needed for all the radioactive naked picture machines and bomb-sniffing dogs. The Democrats suggested passing on the cost of ineffective, cumbersome and intrusive security theater to citizens, via higher fees on airfares. The Republicans, even more predictably, suggested cutting spending that directly helps poor people to ensure there is enough to spend on stopping imaginary future 9/11s.

The newspaper account of the debate in The Hill just reinforced the Republican spin, highlighting the Democrats' decision to make people spend more money on the hated TSA and downplaying the actual existing Republican alternative to the proposal, which was not "spend less on the hated TSA" but rather "raise money for the hated TSA by slashing needed aid to states." The Democrats won, or "won," and now they will earn the fruits of that victory: well-deserved scorn from everyone. And Ben Nelson (D-Troll Town) voted with the Republicans. (Though surely having users pay the fees for supposedly necessary security measures is perfectly conservative, isn't it? Am I missing something here? I mean besides the fact that the two sides in this debate weren't actually "liberal" and "conservative" but rather "people who want to come up with a way of paying for the oppressive and useless national security state" versus "people who want there to be an oppressive national security state but hate government spending on feeding and sheltering impoverished people.")

I don't know of anyone not employed by the TSA or some other arm of Homeland Security that believes the TSA does a good job and deserves its massive budget, but everyone in Washington apparently feels differently (and is terrified of being blamed for "voting to cut TSA funding" if there is another terrifying and deadly underwear bomber, of course). This is why everyone hates politics and Congress and Washington. This and Iraq. And the drug war.